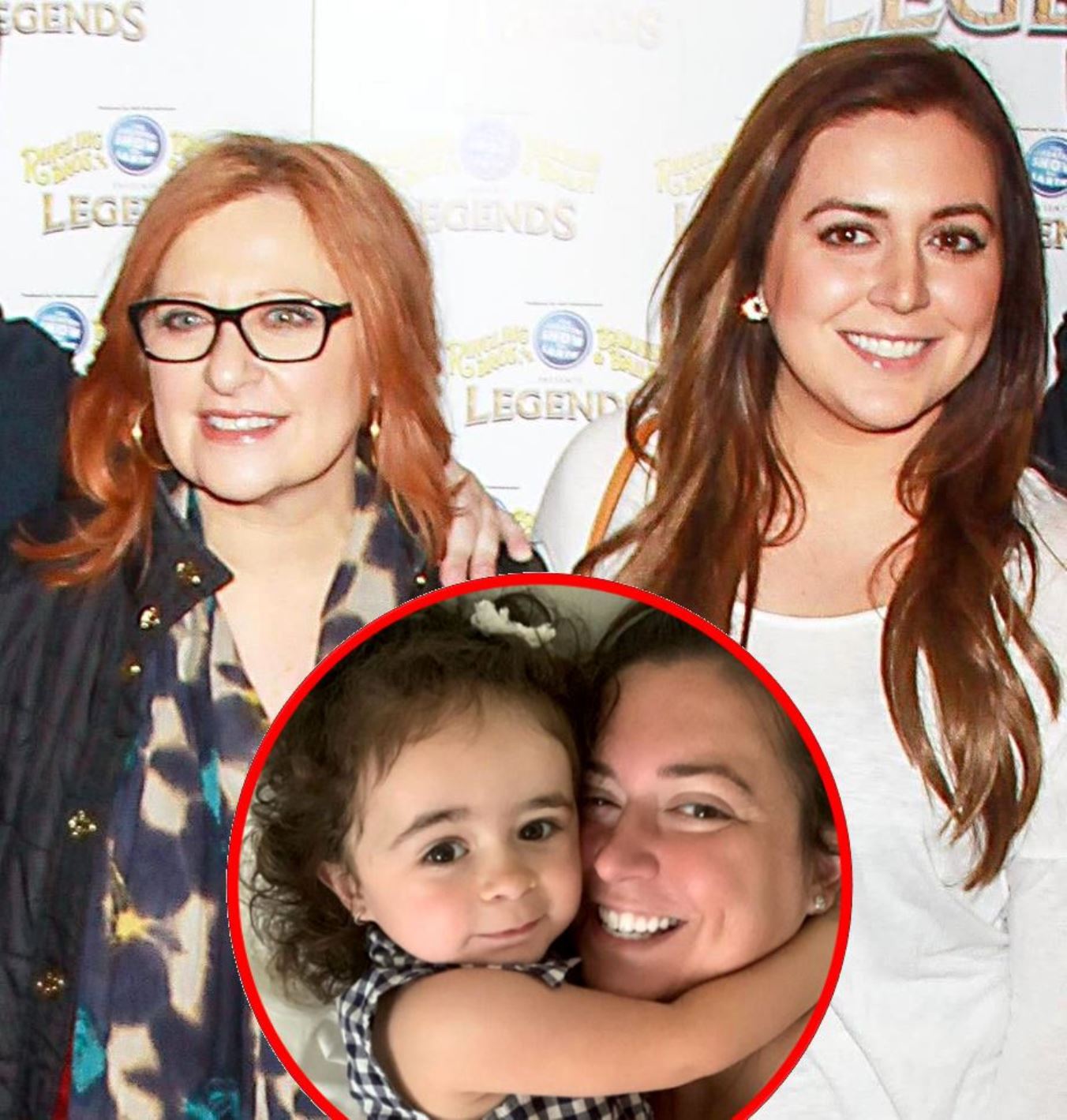 Caroline Manzo‘s daughter Lauren Manzo is no longer sharing photos of her daughter Markie on Instagram.

Earlier this week on her Instagram Stories, the former Real Housewives of New Jersey cast member announced that after receiving “insane” and “mean” comments from her fans and followers on the social media platform, she would no longer be posting images of her three-year-old daughter and had restricted her family members from doing so as well.

“Since so many of you are absolutely insane, mean & don’t know how to mind your own f**king business…We will no longer be posting photos of Markie on our Instagrams,” Lauren wrote. “This includes my extended family on their Instagrams too. Thanks for f**king it up for everyone else.” 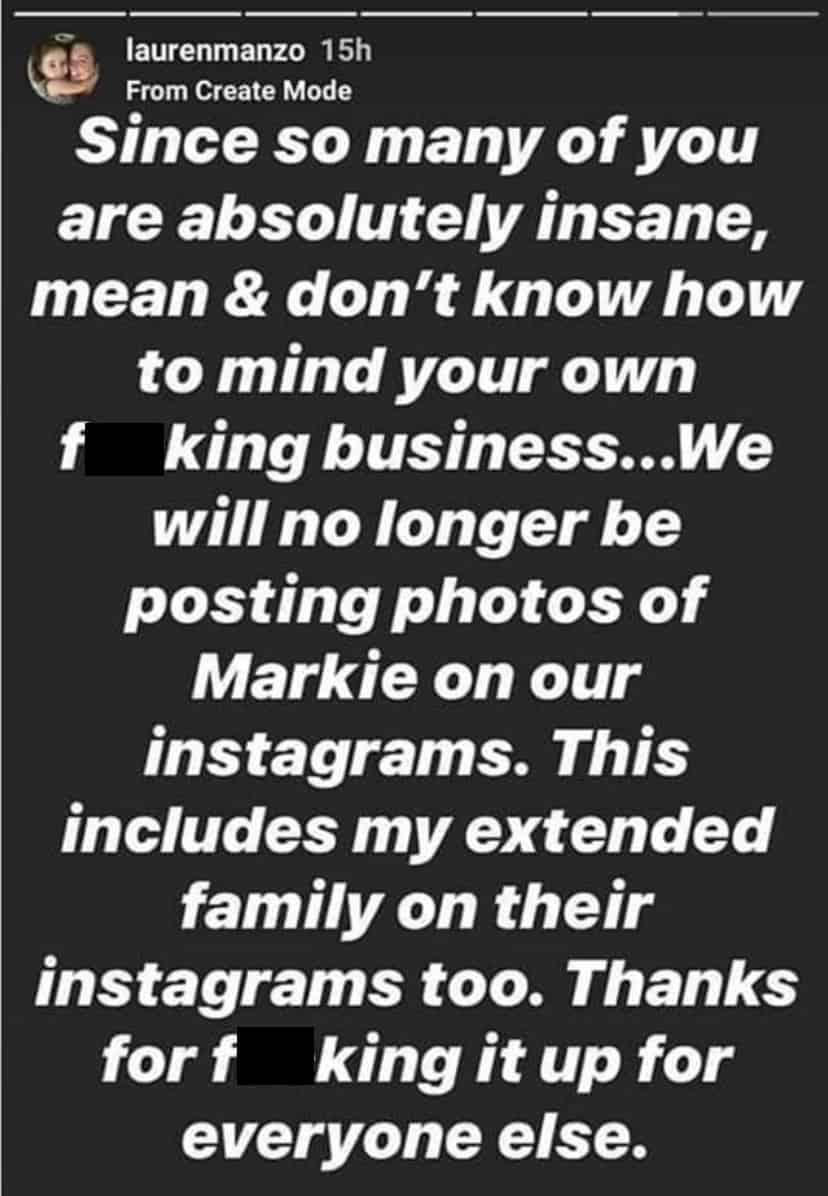 Markie, whose real name is Marchesa, is the only child of Lauren and her husband, Vito Scalia, and someone who was frequently seen on her mom’s social media pages, as well as the social media pages of her family, including mom Caroline.

Unfortunately, after Caroline shared a video of Markie watching Frozen at her house on Monday, April 13, things took a negative turn as fans began to question why the child wasn’t with Lauren.

This is how we’re watching Frozen today. 🙃. My Markie girl 💖

“Just curious. If everyone is supposed to be staying home why are you having your granddaughter over all the time? I thought your daughters salon would be closed. Are you all staying at your house together?” one person wondered in the comments section of the post.

“Ok, to clear things up and hopefully you can all go on with your lives after I answer this very important and pressing question. Lauren and Markie are quarantined here, at my home,” she wrote. “Vito is in the food service business and has to go into work everyday. In normal times he works very long hours, just as my husband does. Rather than risk the health of Lauren and Markie, Vito goes to work and returns home to his home in Wayne that he shares with his wife, Lauren, and their daughter, Markie. BUT – because of the virus, and the risk to Lauren and Markie because of Vito’s exposure to people, Lauren and Markie are staying here with me.”

She added, “They are practicing social distancing and being responsible parents. Now we can all go on with life. Unbelievable.” 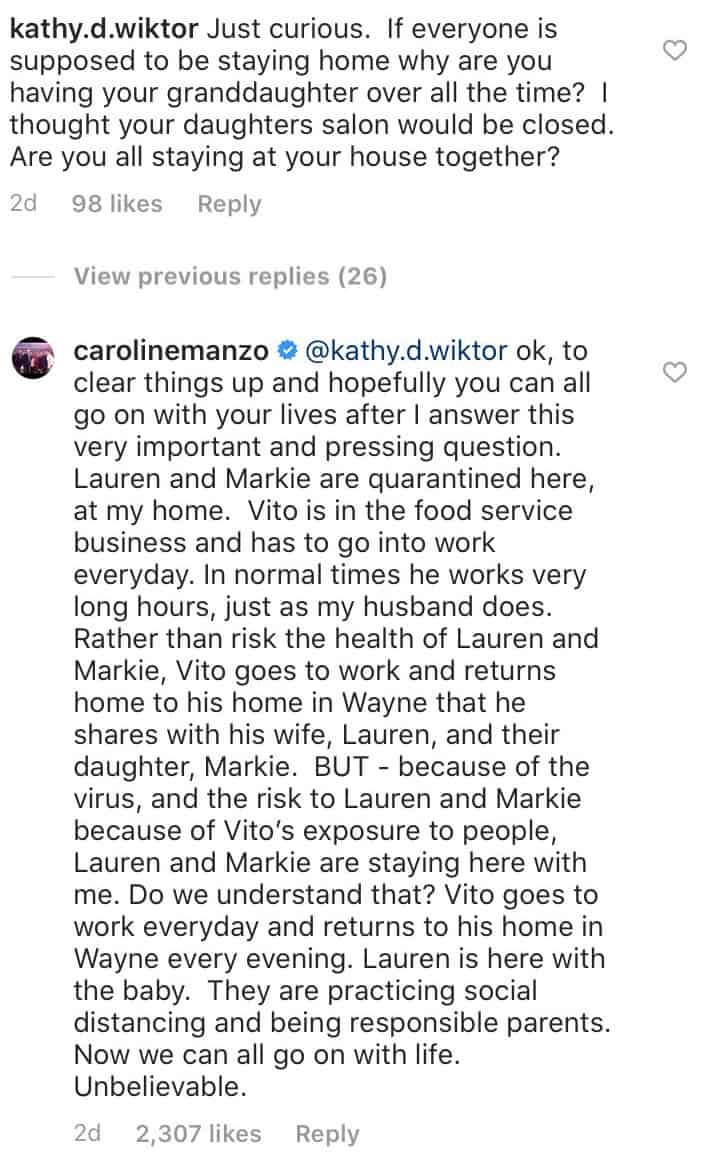 Also in the comments section of the photo, Lauren defended herself against fans who assumed she was not with her child.

“It’s insanity that people assume that I’m not here with her because I’m not in the photo. Are people really that dumb???? We are quarantined here. It’s unreal. Everyone just stop,” she explained.

Lauren then warned of a photo ban.

“If the bullsh*t doesn’t stop we are not gonna allow anyone in my family to post our daughter anymore,” Lauren said. “It’s getting really f**king annoying. So mind your business and enjoy the cute kid or don’t see her anymore. It’s that simple.”

Lauren also suggested in another series of comments that the photo Caroline shared was not taken this month, but rather in February “at Markie’s 3rd birthday.”

“Pictures can literally last months, even a lifetime,” she wrote.

“If you look [you] see the balloons that we had at her [birthday] party. Again…in February. The 24th to be exact,” she added. 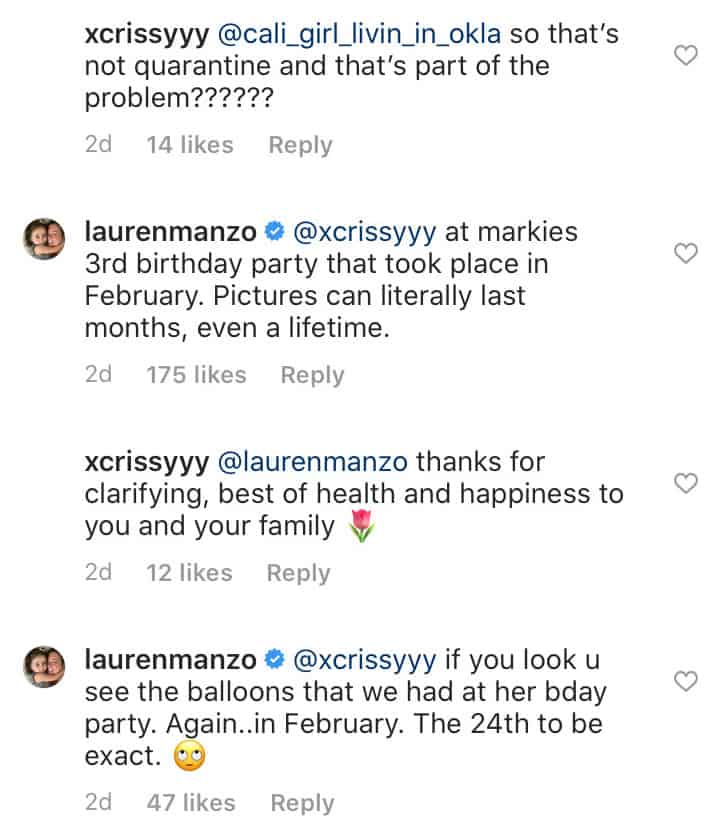 Following Lauren’s announcement regarding her Instagram ban, she returned to her Instagram Stories and shared a screenshot of a series of messages she received from her supporters, many of whom were extremely upset at the idea that they would no longer be seeing photos and videos of Markie.

“Oh no we love pictures of Markie,” one person wrote.

While rumors began swirling in 2018 in regard to a potential split between Lauren and Vito, Vito took to his Facebook page to deny those reports.

“We just don’t put our relationship on social media and people can’t seem to understand that,” he wrote. “We are perfect!!!!!!”

Lauren and the Manzo family were featured on The Real Housewives of New Jersey until 2013 and briefly appeared in their own spinoff, Manzo’d With Children, which aired on Bravo from 2014 to 2016.