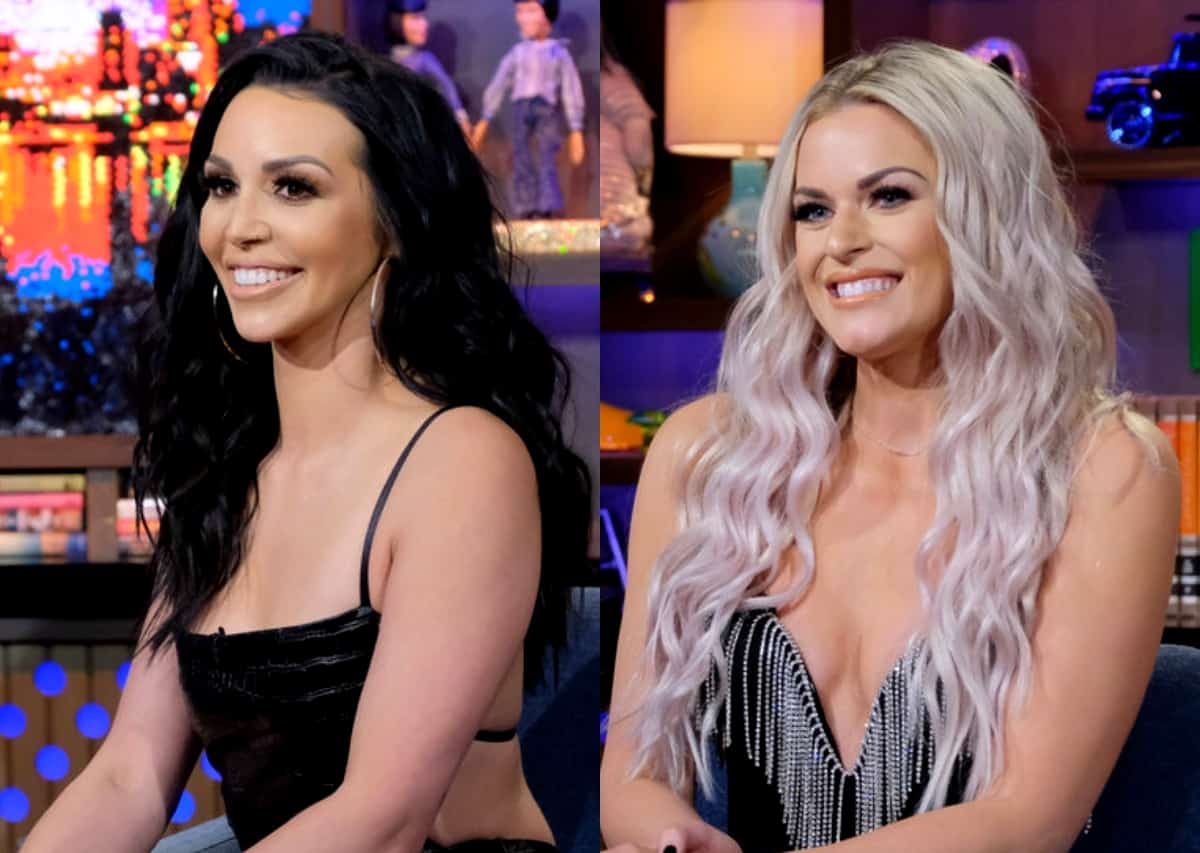 Scheana Shay‘s “icky” birthday gift did not go over well with Dayna Kathan, and now Scheana is defending herself.

On Tuesday’s episode of Vanderpump Rules, Scheana wanted to surprise Dayna for her birthday with a psychic medium in the hopes of having Dayna’s late mother come through. Although Scheana’s heart may have been in the right place, Dayna didn’t take the news well — mostly because Scheana sprung this “gift” on her without asking and had the psychic waiting outside of Dayna’s house.

In a recent episode of Vanderpump Rules: The After Show, Dayna explained why she had such a harsh reaction and was so affected by what Scheana presumed was a well-intentioned gift.

“I appreciate the sentiment, I think that’s really nice. I think it’s something I want to do at some point in my life but not necessarily in my apartment right now with you,” she stated. “Again, that’s something I would only do with my sister and I wouldn’t necessarily do it with an audience.”

In her segment, Scheana defended herself by noting how she understood why it made Dayna uncomfortable while pointing out a bit of her hypocrisy at play.

“I completely understand why it didn’t happen. It completely slapped me in the face,” Scheana lamented. “She was not responsive to it. Just the fact that I did it without telling her. She was like, ‘How dare you get mad at me for going out with Brett [Caprioni] and not telling you and you’re gonna do this and not tell me.’ I’m like, whoa, whoa, whoa…”

She continued, “I know that your mom has passed away and this is something that is the hardest thing you’ve ever gone through in your life and if I have an opportunity to make it better, this is a good surprise to me, that was a bad surprise with Brett. Let’s not compare an apple with an orange here.”

Scheana went on to explain how she consulted her own mother and several other friends who all agreed it was an incredible gesture. “I thought it was a good surprise. I would have told you ahead of time if I thought it would have been bad,” she said.

Dayna, however, had a different story.

“You know what’s funny? These 20 people — let’s call it seven, because Scheana’s exaggerating — half of those people told me afterward that they told her it was a f—king horrible idea,” she revealed, adding how Scheana likes to only ask people questions who will “give her the response that she wants.”

Considering how she may have looked a little insensitive to Scheana’s gift on camera, Dayna took to her Instagram Stories to issue a detailed explanation for why she refused it, pointing out how she eventually realized Scheana’s gesture to be “incredibly sweet.”

“I know her heart was in the right place,” she wrote in the post, adding how she has actually reached out to mediums in the past, only to find herself backing out at the last minute “afraid” of how the meeting would make her feel.

Dayna went on to explain how she understands Scheana’s intentions were not “malicious.” She also said that, while she has signed up to put her life on display as a reality TV star, the experience ultimately left her feeling perhaps too “vulnerable.” 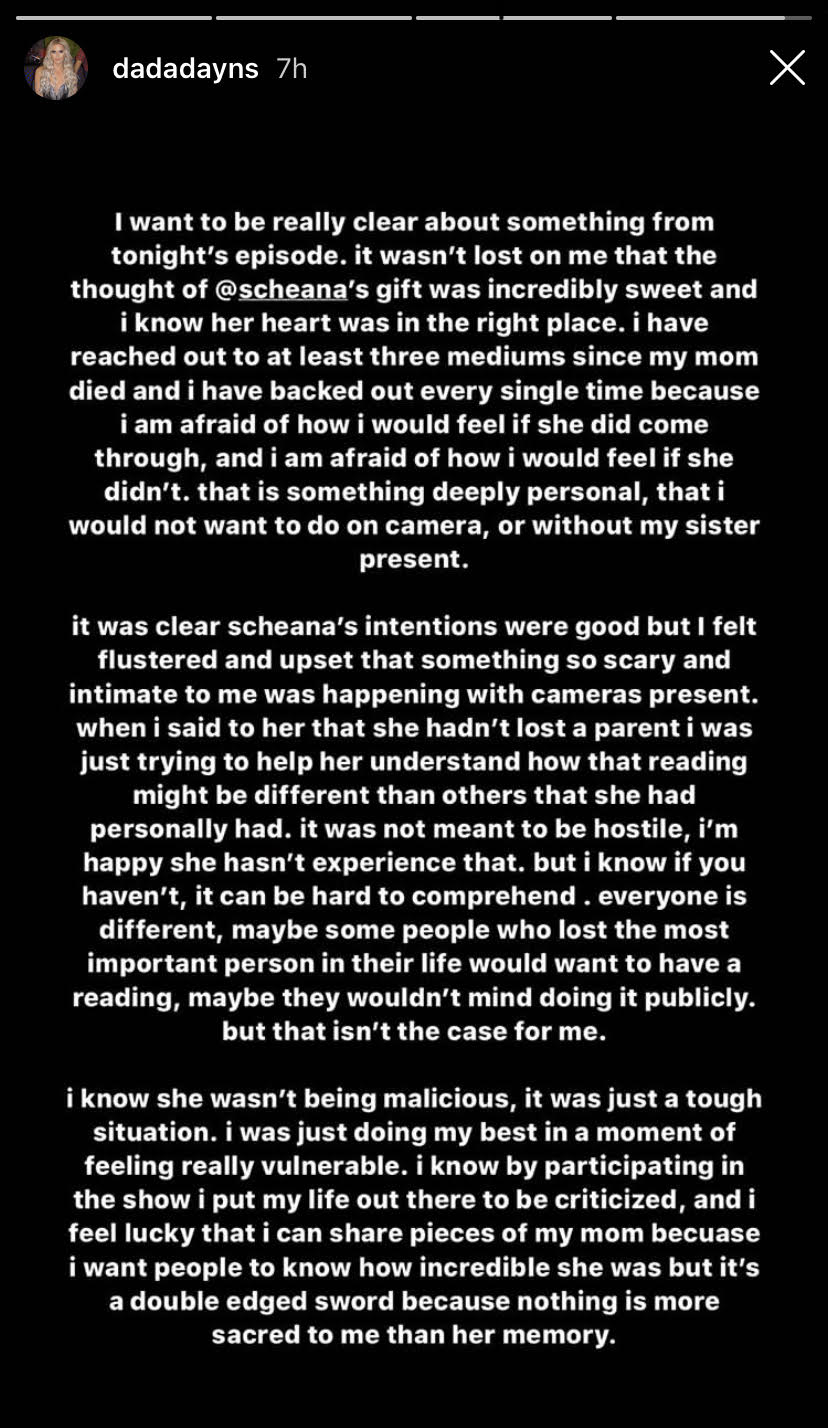