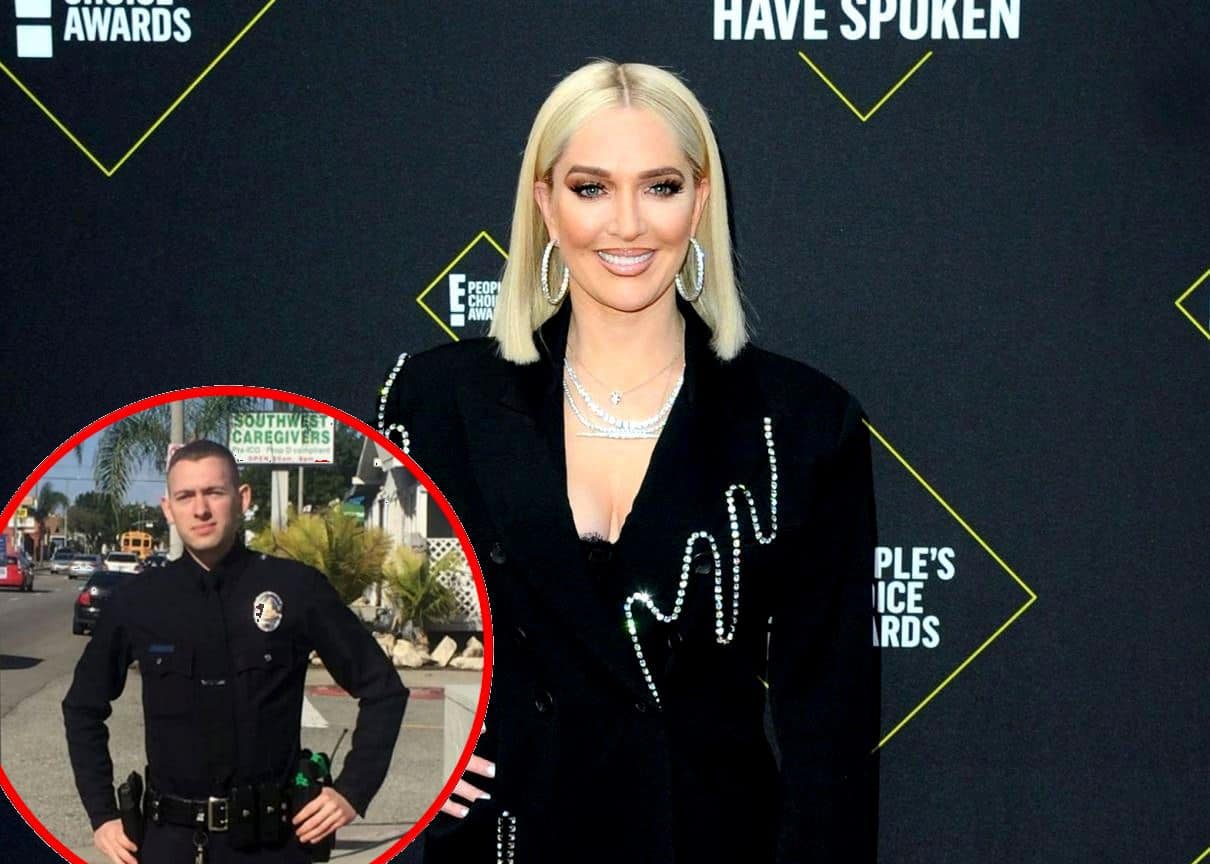 Erika Jayne gave fans a look at her police officer son on Instagram on Tuesday.

After keeping Tommy Zizzo off the Real Housewives of Beverly Hills for the past several years, and saying viewers will “probably” never see him on the Bravo reality series, Erika took to her page and shared an image of her only child at work in Los Angeles, where he lives with her and her husband, Thomas Girardi.

“People say we look alike. No, you can’t comment,” Erika wrote in the caption of the May 5 pic.

People say we look alike. No, you can’t comment. 😂

While Erika wouldn’t allow her fans and followers to comment on her photo of Tommy, whose father is her first husband, Thomas Zizzo, she certainly got their attention with the photo. Within just one hour, the image received nearly 100,000 likes.

While Erika doesn’t talk about her son much on RHOBH, she did open up about his career in law enforcement during an interview with The Daily Dish in 2016.

“I’m very proud of my son being in law enforcement, but obviously it can get a little nerve racking,” she said at the time. “It’s a dangerous profession. I’ve known my son was going to be in law enforcement from the time he could walk and talk. That’s all he’s ever wanted and that’s kind of your role as a parent is to honor who your children really are.”

One year later, Erika told the outlet she loves having her son at home with her and Thomas.

“He’s free security, OK?” she said, with a laugh, at the time. “Tom’s very busy and travels all the time. I travel all the time, and my son is super busy. So it’s nice. We have a really big house, so it’s nice to have him there. And it’s nice; listen, let me be very honest, I worry about my boy as I’m sure everyone whose family member is in law enforcement or in the military [does], OK? It’s nice to hear him come home. To me, I sleep a little better at night just knowing that I know where he is.”