by Cynthia Cook May 11, 2020 148 comments
ShareTweetWhatsappPinterestRedditTumblrMailFlipboard 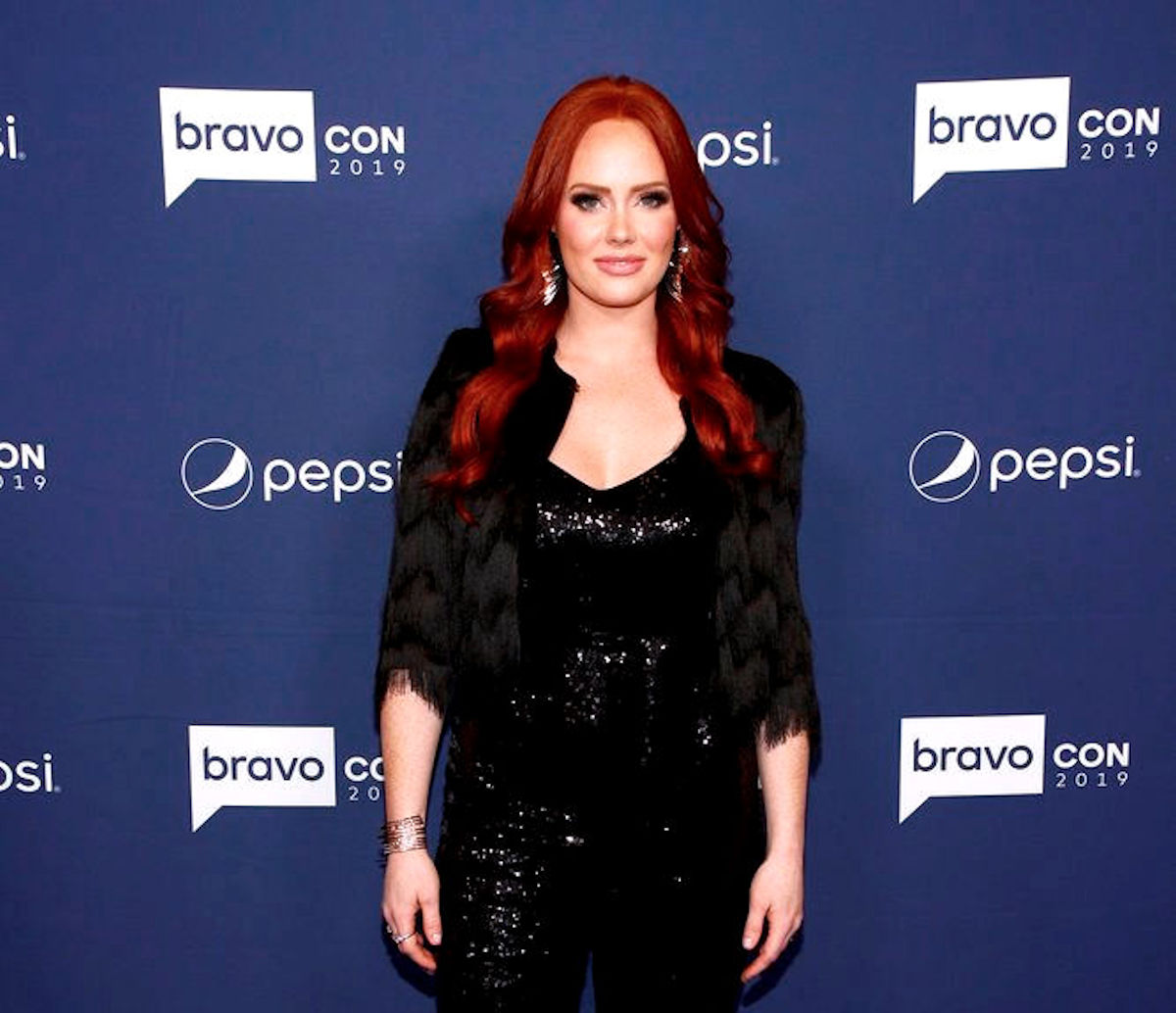 Kathryn Dennis is in some hot water for what fans have called “racist” and “white supremacist” remarks she made in a message exchange with a Charleston activist.

To start with context — because there’s a lot of it:

The Southern Charm star is friends with Katie Shields, the owner of a nail salon, Mylk Bar, in Mt. Pleasant, South Carolina. Katie recently posted to her Instagram stories organizing a “Trump Boat Parade” for May 23. 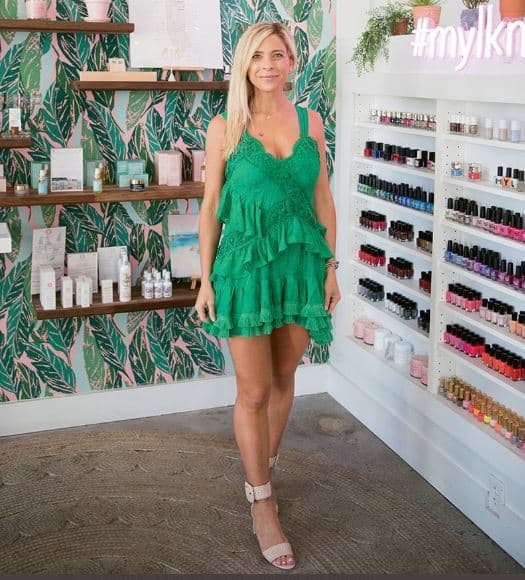 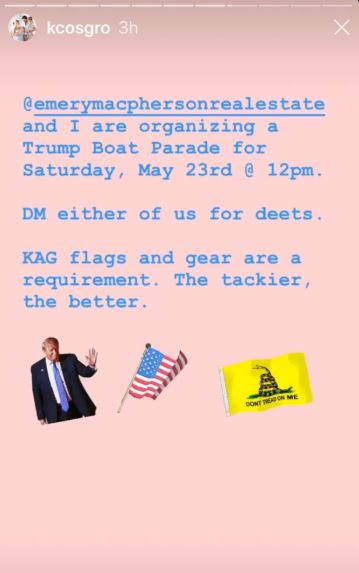 Katie received some backlash for the post, most notably from Mika Gadsden, an activist and podcast host who runs The Charleston Activist Network, a digital media platform pushing “unapologetically black & radical content.”

“In Charleston you learn, fairly quickly, that the face of White Supremacy resembles that of the boutique-owning, gatekeeping glitterati,” Mika wrote in her post. “This is Katie Shields, owner of Mylk Bar in Mt. Pleasant. She’s organizing a Nautical MAGA rally with her friends. Kate is reprehensible.” 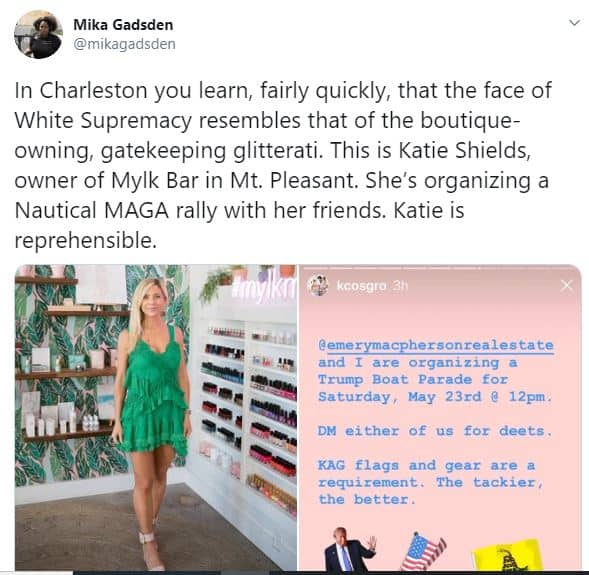 After Mika (and many followers) condemned Katie’s Charleston “Nautical MAGA rally,” some people got upset — including Kathryn, who began messaging Mika in defense of her friend.

“Why are you calling us ‘white people?'” Kathryn asked. “That is so racist.”

She continued by calling Mika “crazy” and issued a detailed response about her activism as “negative.” 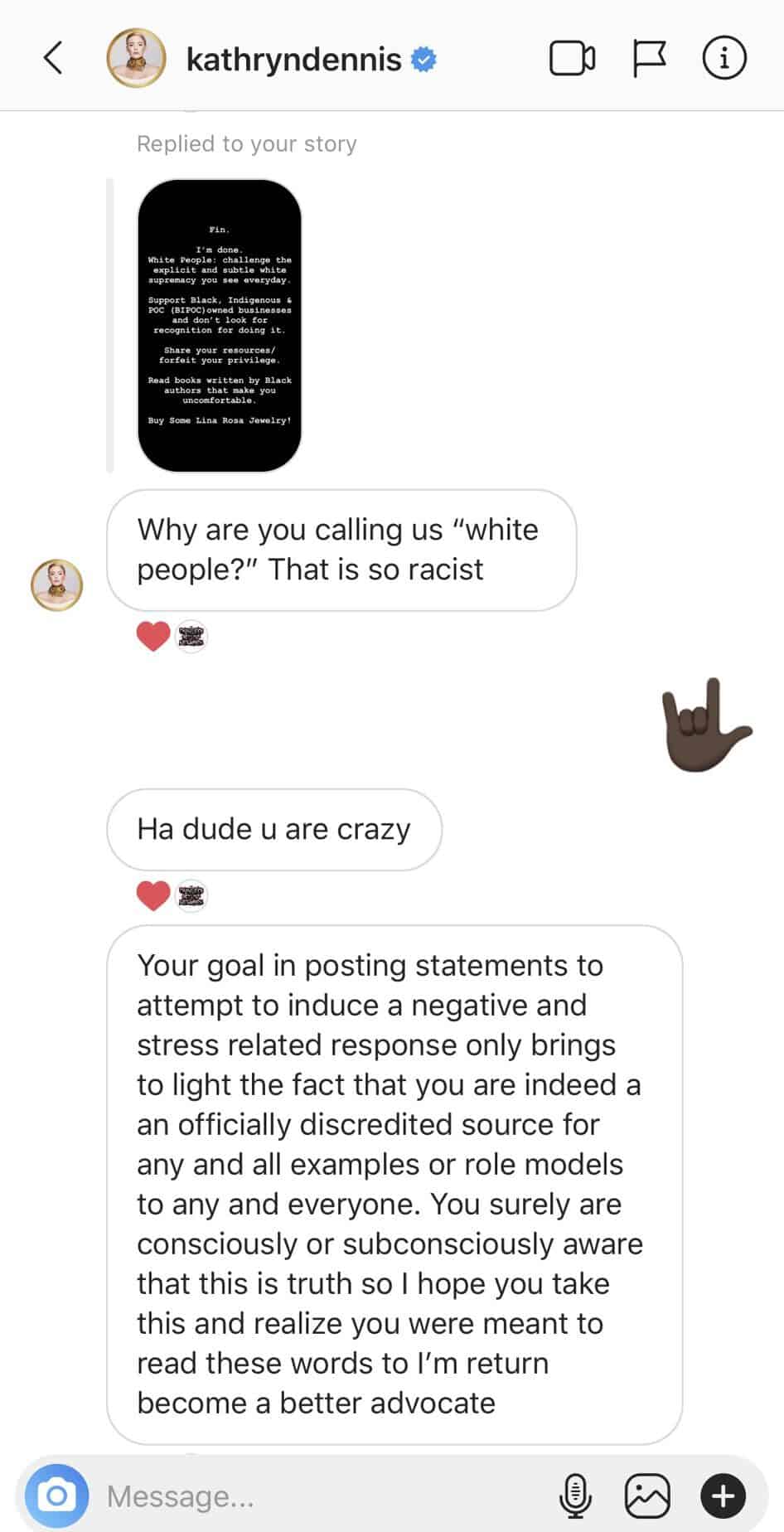 Kathryn also called Mika out for her “hypocrisy” and “harassment” of her friend Katie and her business.

Mika then posted the rest of their exchange with Kathryn apparently taunting her with the monkey emoji — a clear and historically racist gesture toward black people.

In their DM conversation, Kathryn called Mika an “L 7 weeeeenieeee” [?] before saying “That’s how serious I take this ????” 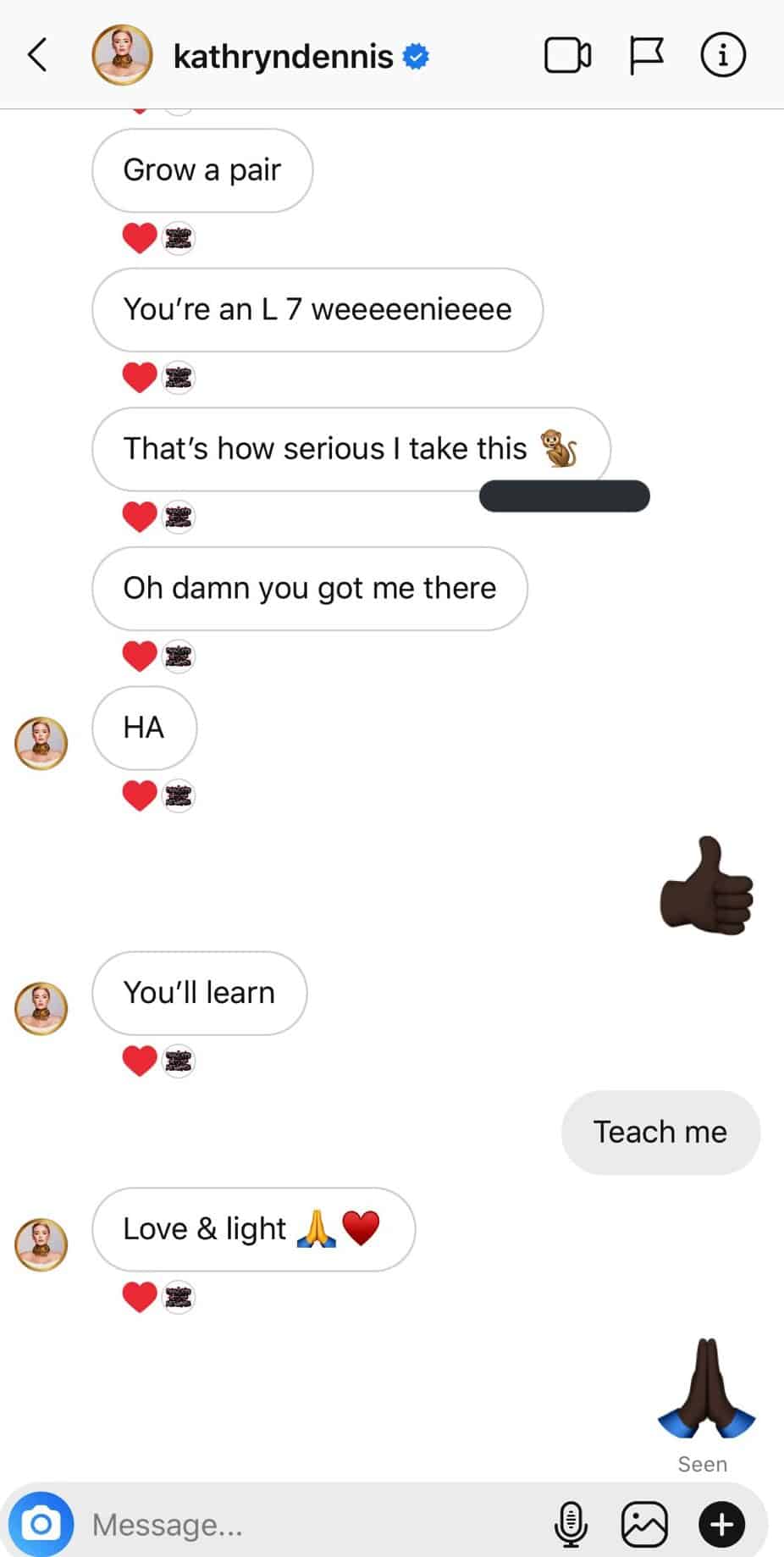 “This is what happens when a Black woman in #Charleston speaks up against white supremacy in the form of MAGA rallies,” wrote Mika. “My comments re: Mylk Bar prompted this @BravoTV “actor” @KathrynDennis to taunt me with monkey emojis in my DMs. Along with a whole host of other names.”

After receiving a bevy of backlash on her social media, Kathryn then issued an apology, citing her “tone deaf” behavior as “wrong.”

“I want to acknowledge that using a monkey emoji in my text was offensive, and from the bottom of my heart I sincerely apologize to anyone and everyone I hurt,” she wrote. “I was tone deaf to see how it could be perceived. Although the context was not my intention, there are no ‘ifs ands or buts’ that excuse me. I did not give it thought and it was and is wrong. I know I am not that person. I know and will do better.” 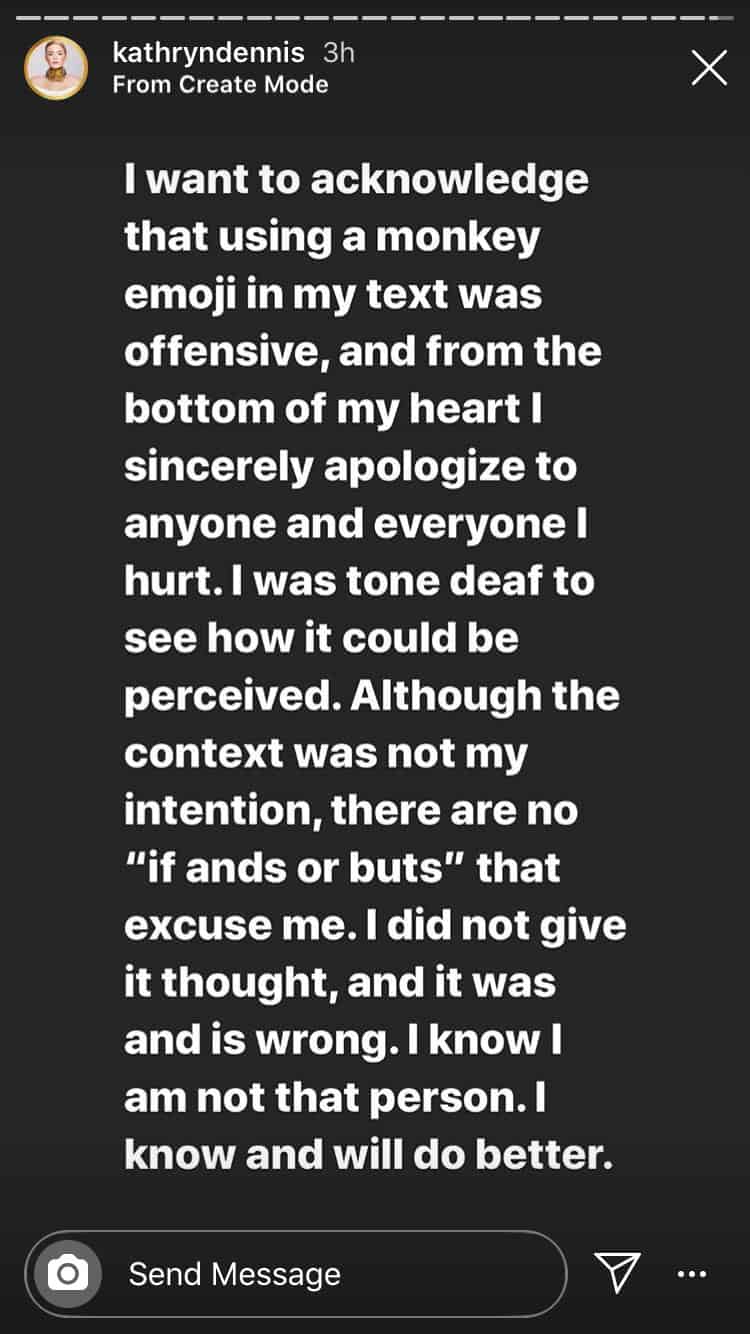