Home Southern Charm Southern Charm Star Kathryn Dennis Defends Herself Against ‘Racism’ Accusations, Explains Use of Monkey Emoji as She Says “This Whole Thing Has Been Blown Out of Context”

Southern Charm Star Kathryn Dennis Defends Herself Against ‘Racism’ Accusations, Explains Use of Monkey Emoji as She Says “This Whole Thing Has Been Blown Out of Context”

by Cynthia Cook May 18, 2020 56 comments
ShareTweetWhatsappPinterestRedditTumblrMailFlipboard 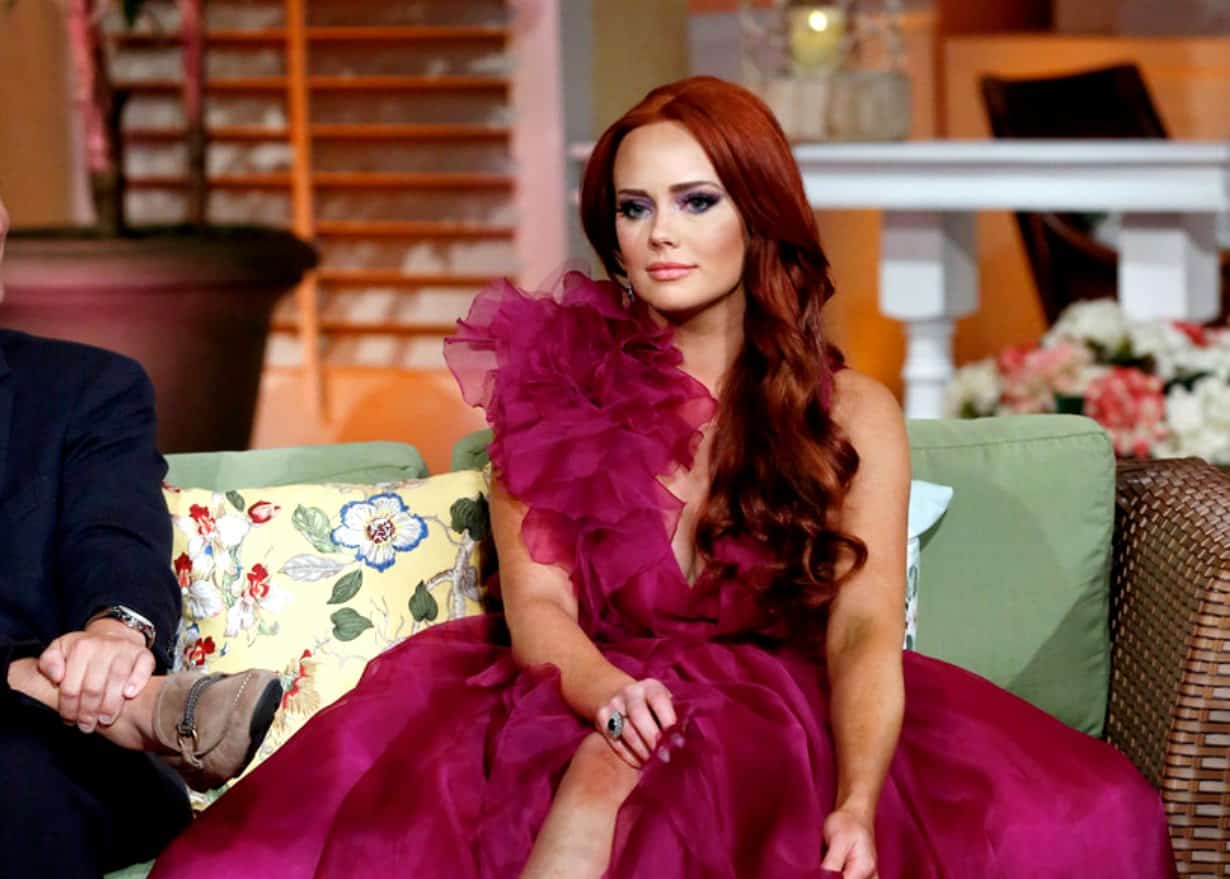 Kathryn Dennis faced some backlash recently over what fans deemed a “racist” message exchange with a Charleston activist. Now, the Southern Charm star is standing up for herself against what she calls “character annihilation.”

The mother of two was called out for her recent conversation with Mika Gadsden, a radio host and Charleston activist. The two shared a heated message exchange after Kathryn defended her friend, nail salon owner Katie Shields, for planning a Trump boat rally. Mika called Katie “reprehensible” for the Trump support and Kathryn used a monkey emoji while responding to Mika — a black woman — causing fans to condemn the racist gesture.

Kathryn was also dropped by Gwynn’s, a luxury department store for which she served as a “brand ambassador.”

After about a week of silence, Kathryn is now speaking out. She is defending herself against the notion that she was purposefully racist and denying that she even knew the race of whom she was messaging.

“I’ve been quiet since all this started and told not to post anything but I can’t stand it anymore. Y’all have to know that this whole thing has been blown out of context. I’m freakin heartbroken and SO depressed because the way I’m being portrayed is totally not true!!!” she wrote in a recent Instagram story.

“I use that emoji all the time bc it looks silly and awkward and that’s my baseline. The account was anonymous I didn’t even know who I was messaging??? And now I’ve been labeled all this crazy stuff and it’s just not true. And it’s not fair. And I see now that I’m back on IG that some *** people are thrilled to use this situations [sic] to come up on their own. Use for their own benefit. But I’m not gonna let that happen. Never have never will. I’m making a full statement tomorrow but I had to respond bc I cannot stand to my character being annihilated. Please just be patient and know this s–t is just not true.” 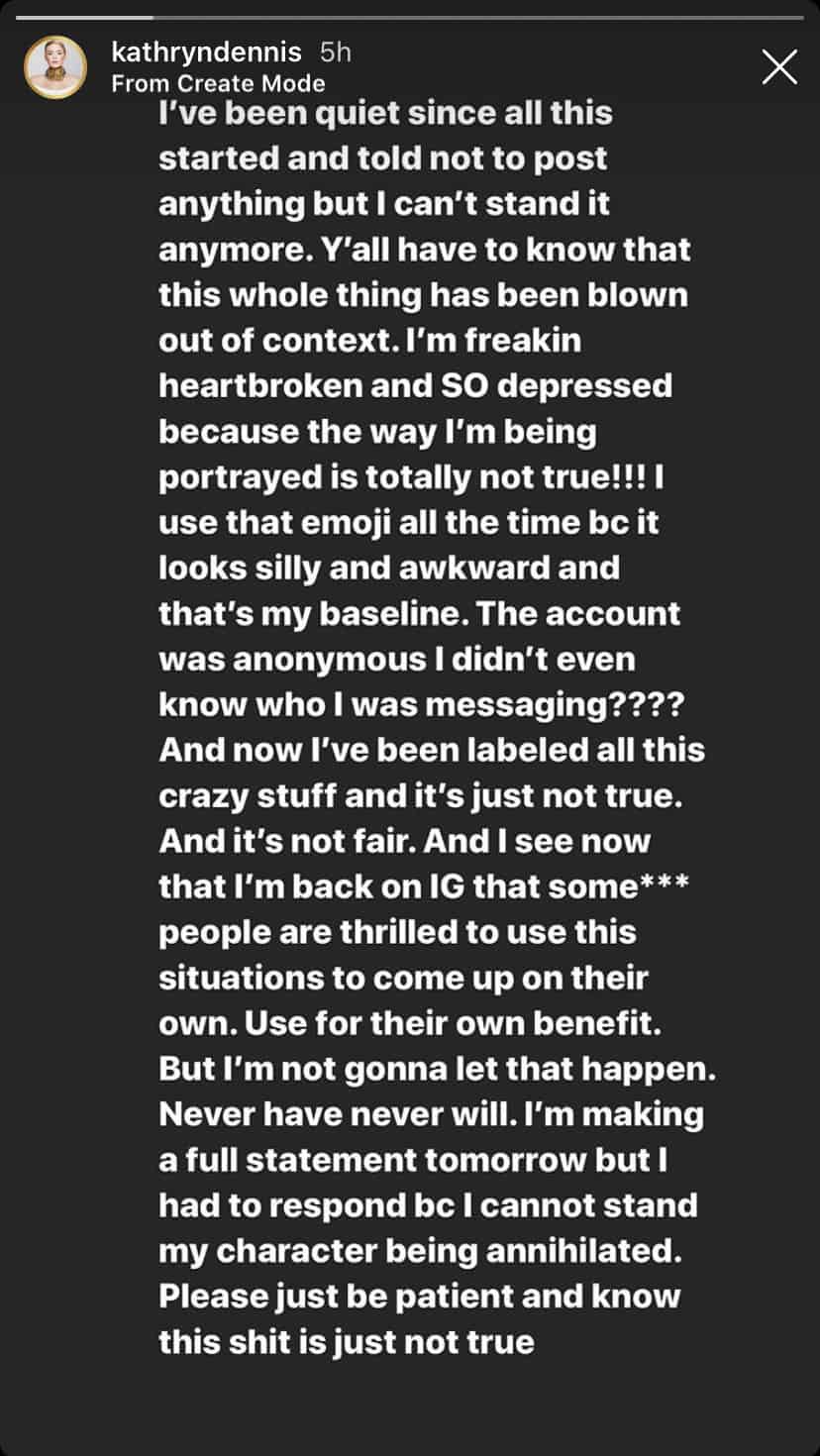