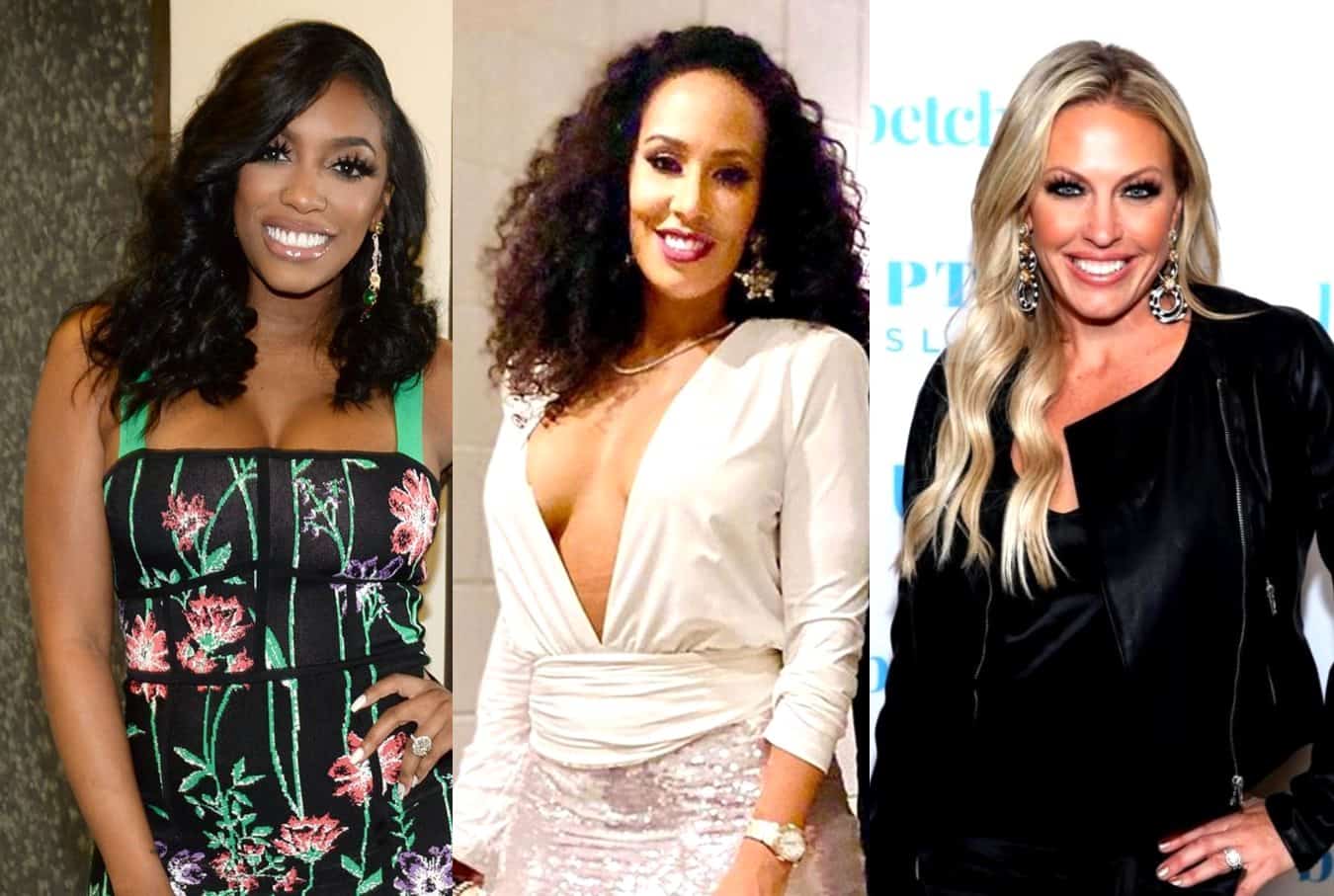 Porsha Williams took to the streets of Atlanta over the weekend to peacefully protest racism following the devastating and horrific murder of George Floyd on May 25.

As her Real Housewives of Atlanta co-star, Tanya Sam, was dealt with major damage at her restaurant, the Agency Restaurant and Bar, which was targeted after a protest turned violent, Porsha was seen taking a stand for the voiceless as The Real Housewives of Orange County cast member Braunwyn Windham-Burke did the same in Southern California.

“With everything that’s going on today, I’m just like anybody else. I am here to be a voice for the voiceless,” Porsha told CBS 46. “What is going on in Black America is not okay. We are not okay. We just want to live and I’m out here today to make sure that everybody understands that black lives matter [and] who wants justice for George Floyd’s family.”

After Porsha made the news, Andy Cohen shared a clip of her appearance on his Instagram page and applauded her for the work she is doing.

As Porsha and many others around the globe participated in peaceful protests, certain areas were targeted with violence and looting, including Tanya’s Agency.

“A great change is at hand, and our task, our obligation, is to make that revolution, that change, peaceful and constructive for all.” -JFK JFK x Rihanna. By DL Broken front door of Agency. May 30, 2020 Atlanta

After a photo of the broken door at Tanya’s restaurant was shared by the venue’s page, a number of other photos of the damage were shared by the Real Housewives Franchise on Instagram. 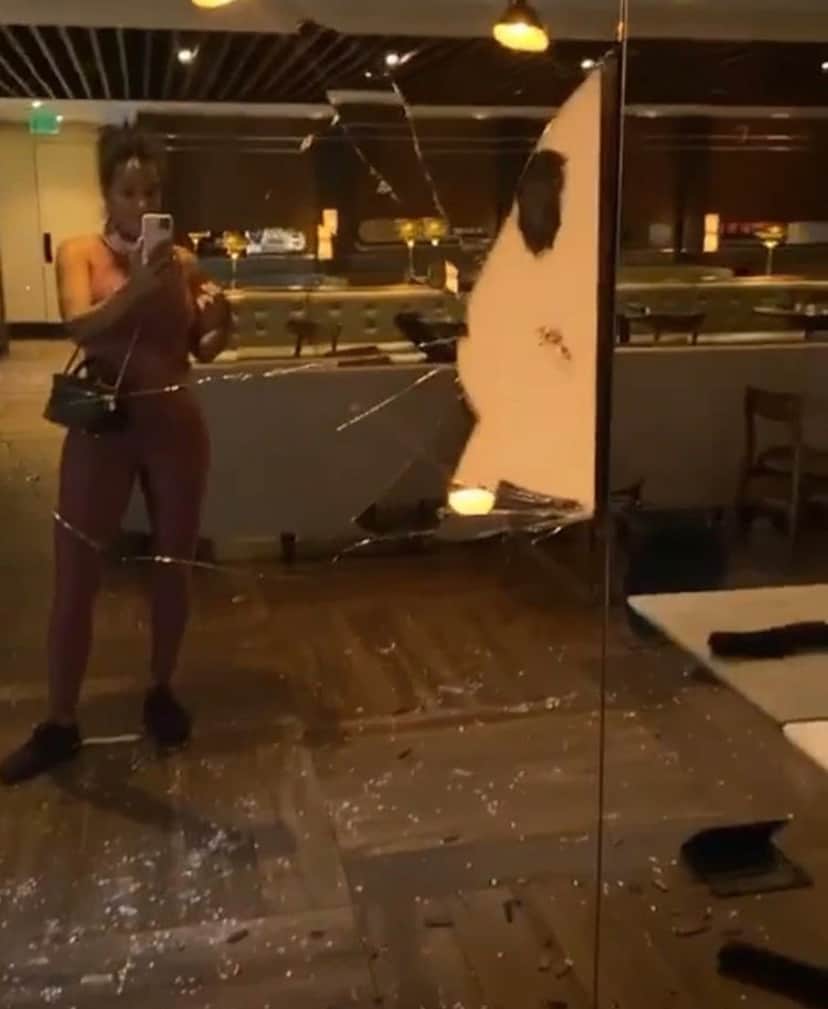 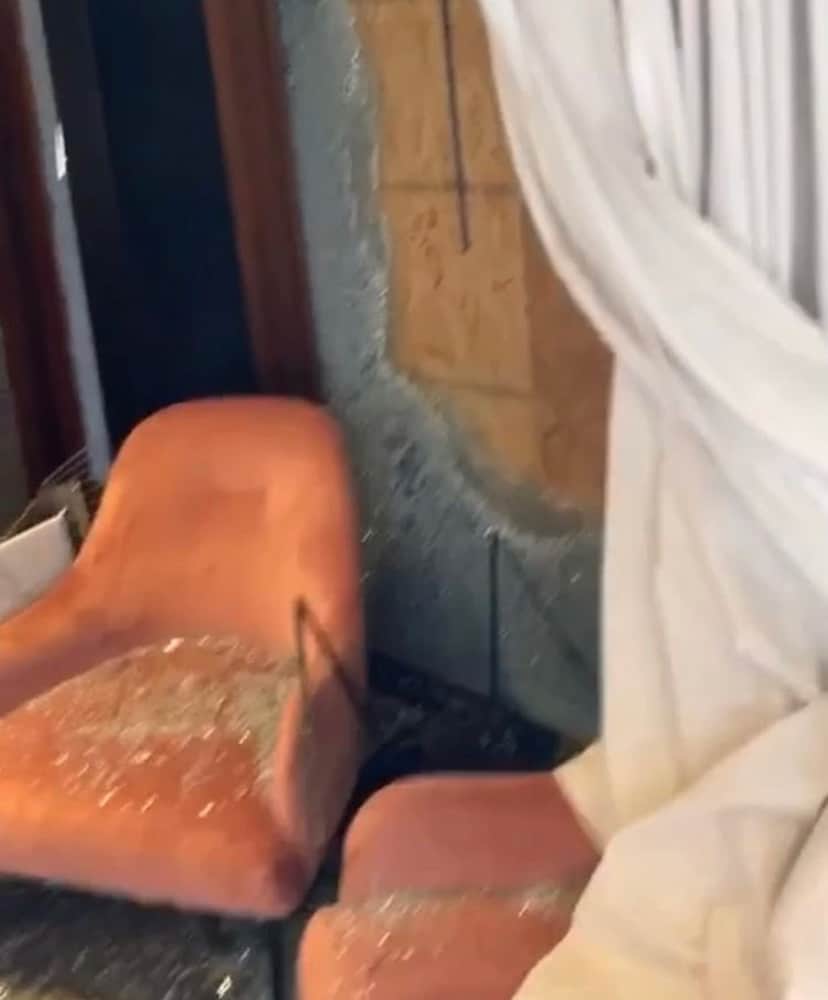 In addition to taking a stand against racism and the death of George Floyd, Porsha posted a message for her fans and followers in which she shared a link to help those who were potentially arrested during the protests and promised to help them financially.

“DM @workwincelebrate Now … We love you ,we hear you and we stand with you ! 🙏🏾✊🏾❤️ #BlackLivesMatter #Unity #Movement,” Porsha wrote in the caption of her May 31 message.

🚨DM @workwincelebrate Now … We love you ,we hear you and we stand with you ! 🙏🏾✊🏾❤️ #BlackLivesMatter #Unity #Movement

Meanwhile, on Braunwyn’s Instagram page, she took a stand against white privilege as she posed next to a sign slamming those who have taken a stand against business closures but failed to speak out against racist behavior.

“There is a name for white people in O.C. who protest their ‘right to a haircut’ but stay silent when black lives are murdered,” the sign read.

“Racist,” the message continued. “[Your] ability to do it while carrying a gun and go home alive is called privilege.”

After numerous Bravolebrities used their platforms to take a stand against racism and police brutality, the network released a statement of their own.

“Bravo stands in solidarity with the Black community against systemic racism and oppression experienced every day in America,” the message stated. “We owe it to our Black staff, talent, production partners & viewers to demand change and accountability. To be silent is to be complicit. #BlackLivesMatter.”

Bravo stands in solidarity with the Black community against systemic racism and oppression experienced every day in America.
We owe it to our Black staff, talent, production partners & viewers to demand change and accountability. To be silent is to be complicit.#BlackLivesMatter

Andy Cohen Denies Gizelle Bryant’s “Meltdown” Was Edited Out of RHOP Reunion as Monique Samuels Disagrees, Plus What Gizelle Said About the...

PHOTO: RHOBH’s Kyle Richards and Lisa Rinna Seemingly Shade Lisa Vanderpump as “Bitter” and “Disgruntled” In Response To Her Negative Comment About The Cast, See Their Posts