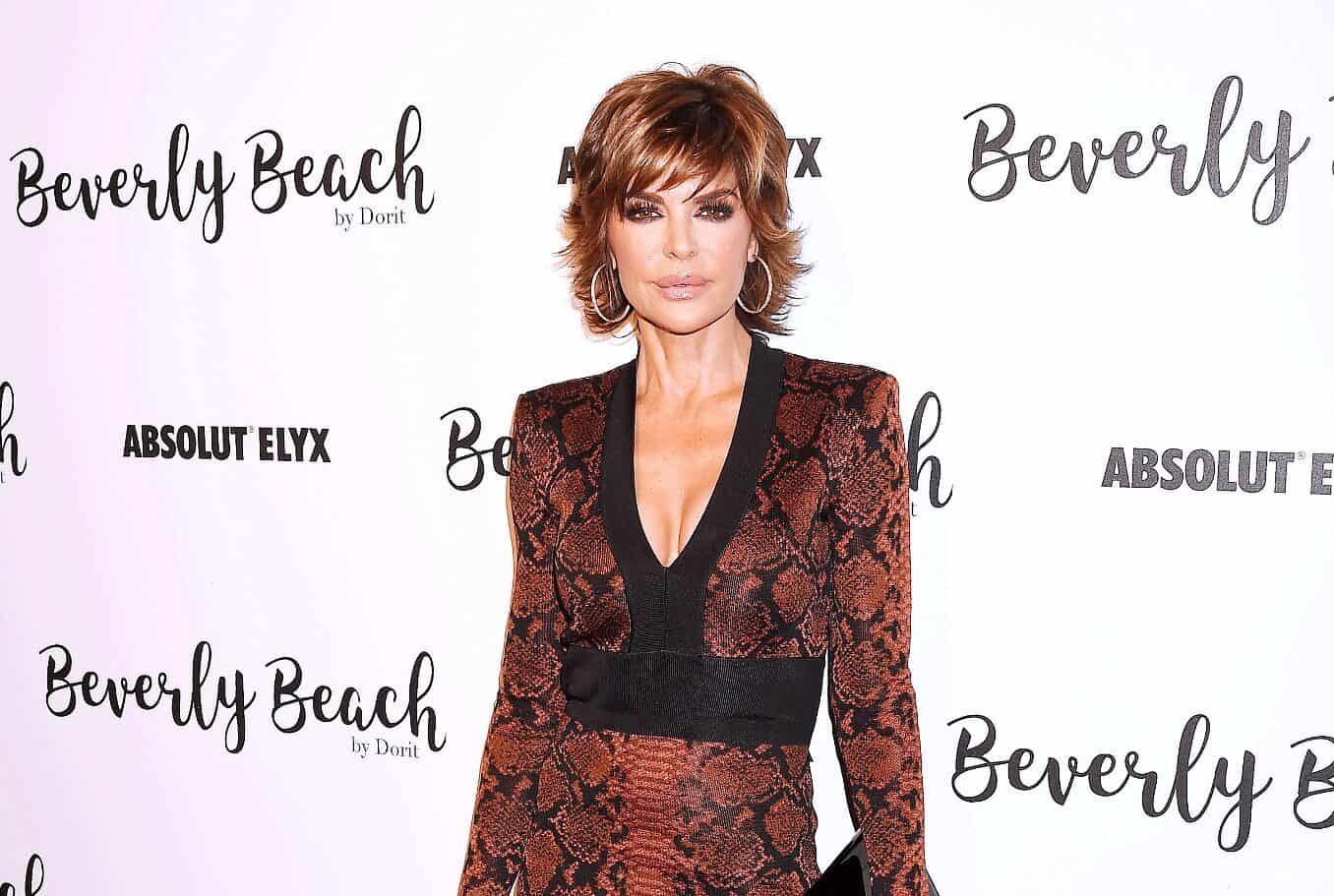 Lisa Rinna debuted her campaign for Christian Cowan‘s new collection for Le Specs sunglasses on Instagram on Thursday and immediately sent her social media fans and followers into a tizzy.

After sharing a series of photos of herself with nothing on, the Real Housewives of Beverly Hills star was flooded with thousands of comments, including messages from her Bravo castmates, her daughters, and her husband, actor Harry Hamlin.

After sharing the photos, Lisa’s RHOBH co-stars, including Kyle Richards, Erika Jayne, and Dorit Kemsley, reacted to the stunning shots in the comments section of Lisa’s post after her two daughters, Amelia Hamlin and Delilah Hamlin, expressed shock.

“WAIT WHAT?” Amelia asked according to a screenshot shared by Comments by Bravo.

“Mom when tf did you do this?” Delilah wondered.

“OH MY GAWD … please wear this to the Reunion,” Kyle joked along with a series of fire emoji. 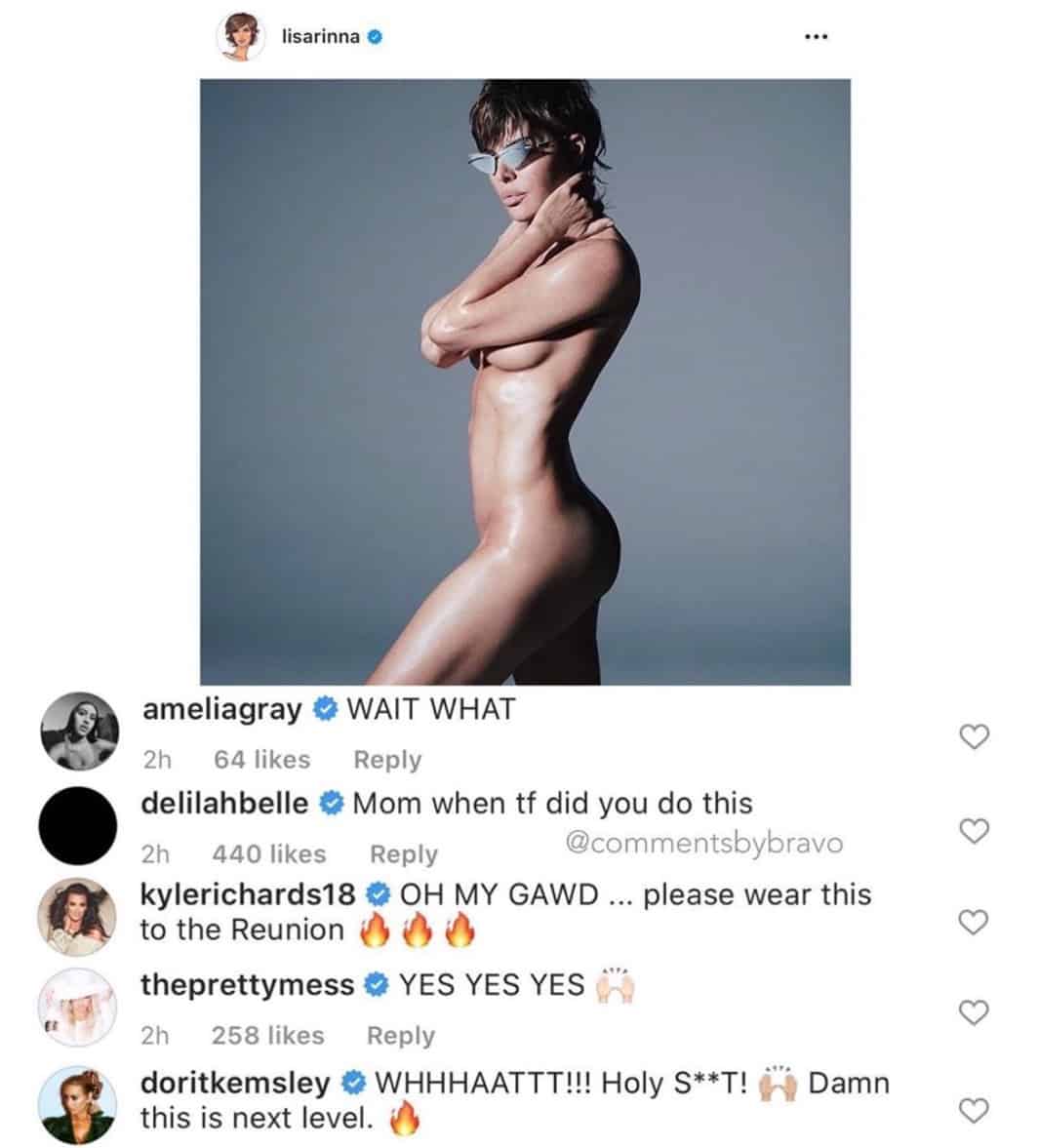 Also weighing in on Lisa’s photos was her husband Harry.

“Yup! She’s my girl! MY GIRL!!” Harry wrote along with a couple of red heart emoji. 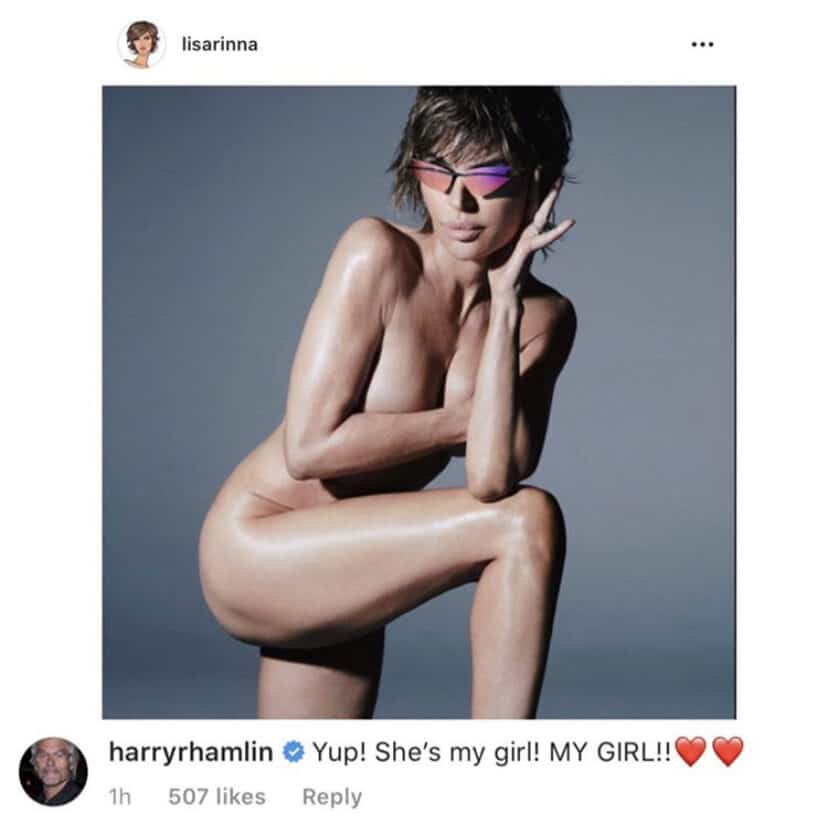