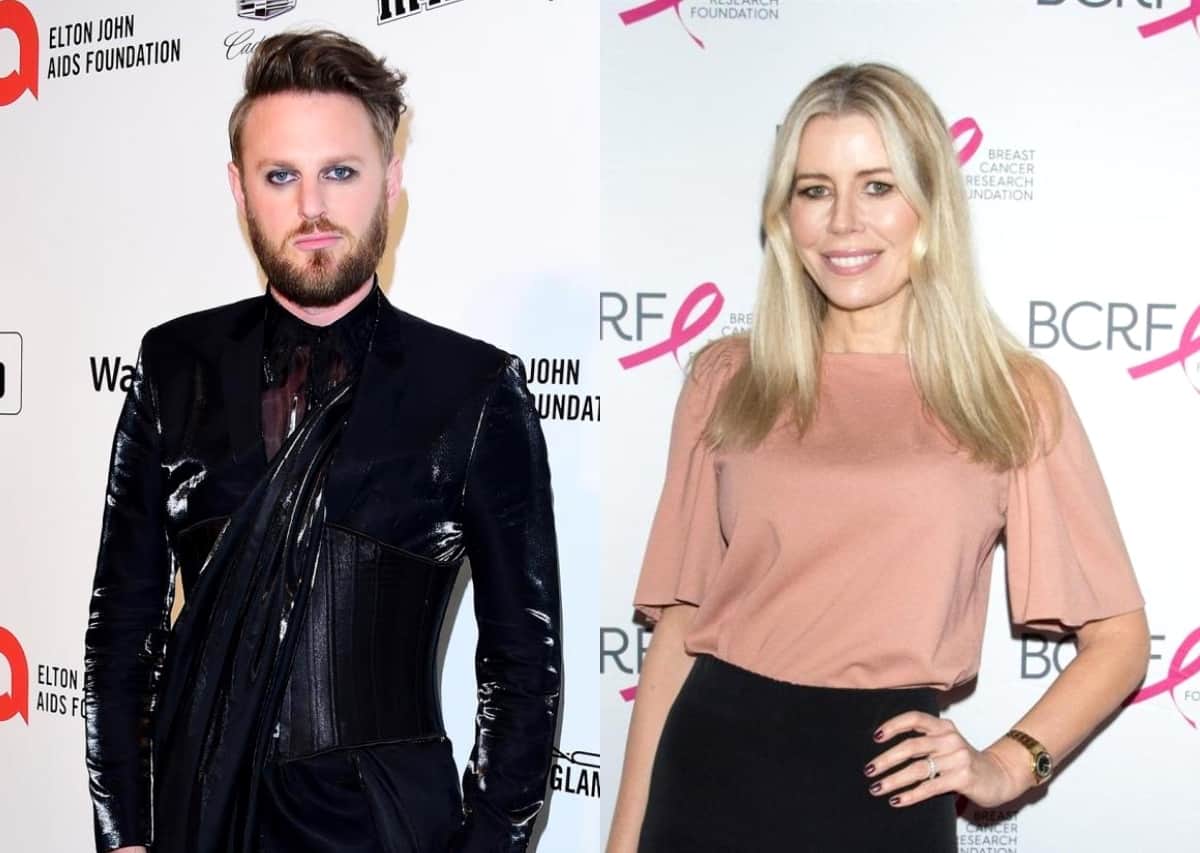 Queer Eye star Bobby Berk recently opened up about a shocking experience he had working with a cast member of The Real Housewives of New York City, and he may be referring to Aviva Drescher.

While chatting with Jenny McCarthy on her SiriusXM radio show, Bobby said that after making a deal with the Bravo reality star, who he did not name, the woman turned on him because he wouldn’t decorate her home for free before robbing his store and threatening to drag him to court.

“Celebrities can be a pain in the a** sometimes because… a lot of times there can be some that expect everything for free,” Bobby admitted on the June 18 episode of The Jenny McCarthy Show.

According to Bobby, one of the stars of RHONY came into his New York store years ago and informed him that she was buying a new place and needed his help with the design.

“She’s like, ‘I want you to come in and design it all. I’m gonna put you on the show.’ And you know, I wasn’t on TV yet. I still kind of liked the Housewives. So, I was like, ‘Oh, ok, but just so you know, I’m not doing it for free. I don’t need to do it for free. I don’t necessarily know if, like, the Housewives is really the exposure I want anyways, so I’ll do it for you at cost.’ And she’s like, ‘Ok, ok. That works,’” Bobby recalled.

But the housewife wasn’t buying a new home, and after a conversation with the woman’s husband, Bobby pulled out of the gig completely.

Then, one week later, when Bobby was at his store in Los Angeles, the woman showed up to his New York location.

“She came into my store the next week when I wasn’t there and told my staff that I had said she could take anything out of the showroom [of] the store that she wanted to design her house for the shoot and here was her credit card and ‘If I don’t bring anything back, if I like something, you can just charge the credit card,’” Bobby shared.

Because his employees were unaware of the falling out that took place between Bobby and the RHONY cast member, they “gave her whatever she wanted.”

“Months and months later, there were certain things in inventory that I was looking for [and] I was like, ‘Hey, where is this?’” Bobby continued. “They’re like, ‘Oh, they’re at blah-blah-blah’s house.’ And you could tell by the way they paused that they knew they had f**ked up. They knew they had been scammed because apparently, months went by and they called and they called and they called, and when they could not get any response, they tried to charge the card, and of course, it was declined.”

When Bobby ultimately confronted the woman about the way in which she “literally stole from [his] store,” she and her husband informed Bobby that they were more than willing to go to court.

“They said, ‘You know what? Then let’s go to court. This’ll be good TV. It’s easier for us just to, like, have our lawyer deal with it than it would be to actually pay you,’” Bobby revealed.

Nowadays, Bobby is much more careful about the clients he takes on.

“I need to really know you because when I first met this person, I was like, ‘Oh, she’s great.’ But I didn’t really know her and I wish I hadn’t,” he concluded.

Although Bobby didn’t mention Aviva on the show at all, he slammed her as a “con artist” in 2014 after she allegedly extorted an artist to the tune of $5,000 by supposedly refusing to return one of their paintings.

“Oh @AvivaDrescher, UR such a con-artist,” he tweeted, via Us Weekly, in September 2014. “Guess I’m not the only one you F’ed over. So pathetic!”

Earlier that year, Bobby sent a message to Carole Radziwill after she lashed out at Aviva’s husband, Reid Drescher.

“@CaroleRadziwill I agree with you! Reid is a total crook! #RHONY,” he wrote.