Selling Sunset Season 3 Spoilers! Find Out Who Quits the Brokerage, Plus Why Chrishell Walked Out of Christine’s Wedding and More 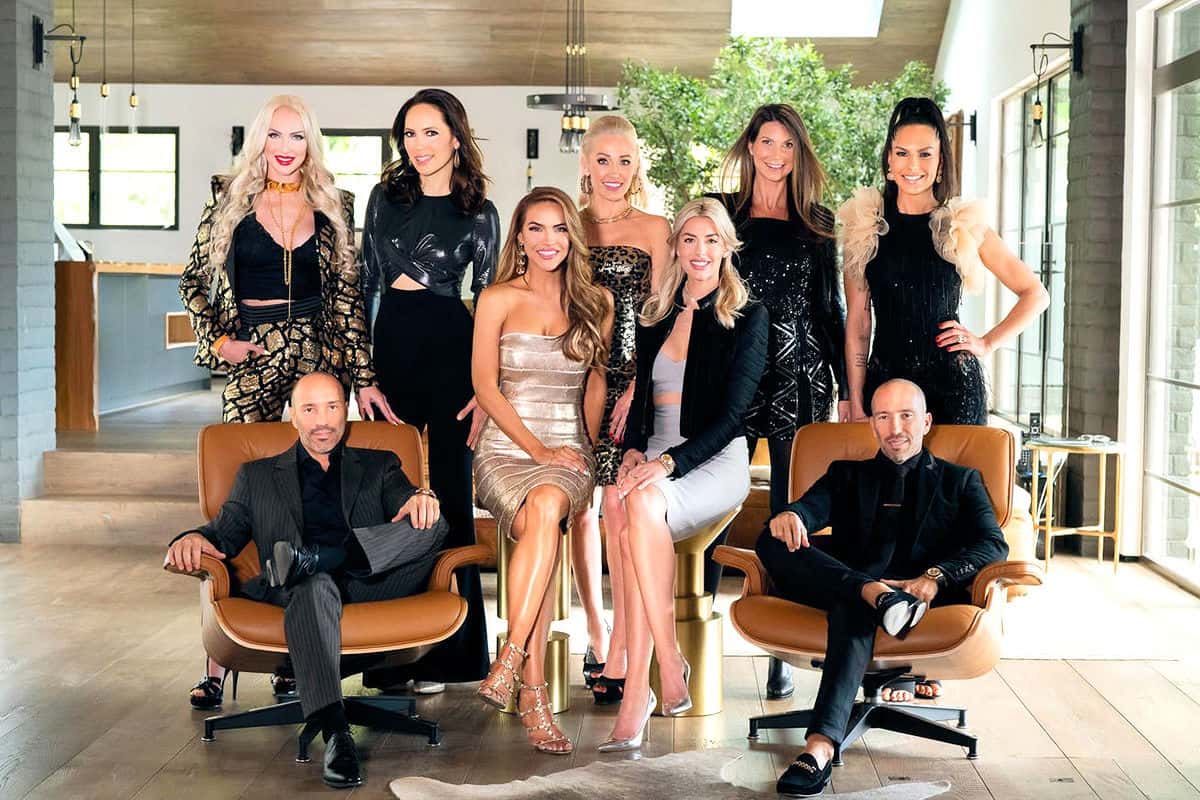 Ahead of the show’s season three premiere in August, Christine revealed which cast member left the Oppenheim Group to start their own company, addressed the way in which Chrishell stormed out of her winter-themed December wedding in the season three preview after her highly-publicized split from This is Us actor Justin Hartley, and explained her falling out with co-star Mary.

1) Why Did Chrishell Walk Out of Christine’s Wedding?

According to Christine, while some might have assumed that Chrishell stormed out of her 2019 wedding to husband Christian Richard due to personal issues the two of them were having, it was actually Chrishell’s split from Justin that prompted her early exit. Chrishell and Justin announced their split in November 2019 following just two years of marriage.

“My wedding was extremely hard for [Chrishell], you know, and that’s really what it comes down to is, it was an emotional thing,” Christine explained to Entertainment Tonight. “That was really more about her emotions at the wedding, you know, kind of getting to her and being fresh out of a relationship. There’s really nothing more to it than that but I think that would be hard for anyone.”

2) Which Selling Sunset Star Quits the Brokerage to Start Their Own Company?

When asked which cast member left the firm, Christine revealed the honor goes to Brett, who started his own company outside of the Oppenheim Group, which was founded by both him and his twin brother, Jason.

“It’s public knowledge. Someone has left the brokerage for good and started their own brokerage. It’s Brett,” Christine confirmed. “So there’s been a division going on… It’s so divided and it’s so broken and it’s just not, it’s not normal.”

Indeed, Brett’s Instagram page shows he now works at ‘Oppenheim Real Estate.’ This is a different company than ‘The Oppenheim Group,’ which is featured on the Netflix hit series.

3) Why Did Chrishell Get a Divorce?

While Justin filed for divorce from Chrishell amid filming on season three last year, Christine said that because he isn’t allowed to appear on their show, Chrishell “never really talks about him” and won’t be seen going into much detail about their split.

“You’re gonna see her just finding out and I don’t think there’s any resolve, which really kind of sucks for her. But yeah, we’re gonna see her try to keep it together as all this is unfolding,” Christine shared.

As for what led to Chrishell and Justin’s split, Christine seemingly suggested there was infidelity as she pointed out the irony of the “once a cheater, always a cheater” comment Chrishell made about Christian allegedly cheating on a former girlfriend with her prior to their marriage.

“Looking back on that now, yikes,” Christine noted.

4) What Caused Feud Between Mary and Christine?

As for her falling out with Mary, Christine said the two of them were out of touch for six or seven months before filming began on season two and continued to be at odds through season three, despite her many attempts at making amends.

“I wasn’t getting calls from her, and she wasn’t reaching out. So there was a lot of miscommunication going on until finally, I was like, ‘Okay, let’s let this stuff go. Please, let’s just be friends.’ But Amanza makes it difficult. I do want to be friends with Mary and she’s kind of always that bodyguard blocking her and wanting to make sure I don’t get to her.”

Christine went on to say that the Selling Sunset cameras have “100 percent” changed her and Mary’s relationship.

“I’d be lying if [I said] it didn’t bleed over into our personal relationships. I mean, absolutely. Since the cameras went on, our relationships have not been the same,” she admitted. “I really hope [she’s not jealous]. For me, I’m so happy when people are successful. But maybe other people have gotten egos.”

5) Why Did Chrishell Block Christine on Social Media?

While Chrishell has suggested that she blocked Christine from her social media accounts due to Christine’s bad behavior, Christine told a different story about why she’s blocked.

“I have an inkling why I’m blocked. It’s nothing bad. I didn’t like her at the time and I was being funny and I was ‘hearting’ certain comments,” she explained. “I mean, it’s not a big deal. It was just silly.”

6) When Does Selling Sunset Season 3 Premiere?