Home Real Housewives of New York City News RHONY’s Sonja Morgan Shades Dorit Kemsley for Comparing Herself to Lisa Vanderpump, Wonders Who She Even is as She Requests LVP Fill Her In

RHONY’s Sonja Morgan Shades Dorit Kemsley for Comparing Herself to Lisa Vanderpump, Wonders Who She Even is as She Requests LVP Fill Her In 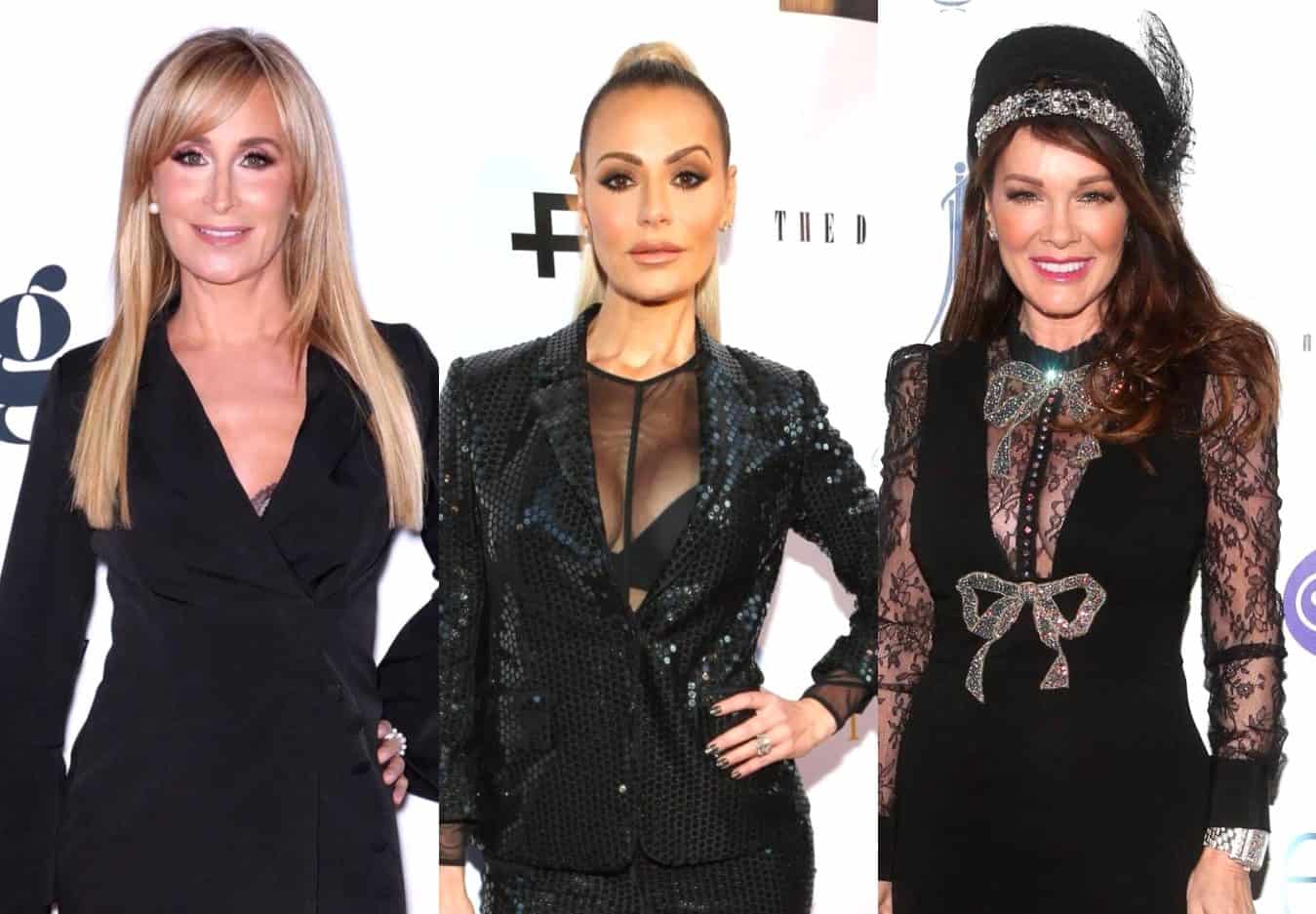 Sonja Morgan wasn’t impressed with Dorit Kemsley when she and Luann de Lesseps loaned their commentary to a special episode of The Real Housewives of Beverly Hills earlier this week.

As the longtime Real Housewives of New York City cast members watched as Dorit and her co-stars arrived to the Big Apple to celebrate her Bella magazine cover, Sonja slammed her fellow Bravolebrity for comparing herself to Lisa Vanderpump and admitted that she didn’t know who Dorit was.

After seeing Dorit tell Lisa, who had previously been featured on the cover of the magazine, that she was “following in [her] footsteps,” Sonja shut her down.

“Those are big shoes to fill! I wouldn’t say I was following in [Lisa Vanderpump]’s footsteps,” Sonja said during the episode.

Luann also threw a bit of shade when she asked, “What housewife has not been on the cover of Bella magazine?”

Then, as Dorit spoke with pride about the fashionable magazine and said that she was told by those working at the publication that she “is what the magazine represents,” Sonja interrupted the scene by making it clear that she was unfamiliar with Dorit.

“What’s this girl’s name? [Lisa Vanderpump] text me! What is her name?” she asked.

Although Luann said that she felt it was a good decision for Dorit to appear on the cover of the magazine, telling the audience that “if a magazine wants to put you on the cover, why not?,” Sonja was less impressed by Dorit’s cover and revealed that she actually turned Bella magazine down when they approached her to appear on their publication.

“Everybody’s been on Bella, I’m just saying. So, when they asked me, I politely declined,” she shared.

The Real Housewives of Beverly Hills airs Wednesdays at 9/8c.