Home Real Housewives of Beverly Hills News Brandi Glanville Shades Vicki Gunvalson and Tamra Judge as “One-Trick Ponies,” Plus She Shares Why RHOA is “More Real” Than RHOBH and Why Sutton Isn’t a Great Housewife

Brandi Glanville Shades Vicki Gunvalson and Tamra Judge as “One-Trick Ponies,” Plus She Shares Why RHOA is “More Real” Than RHOBH and Why Sutton Isn’t a Great Housewife 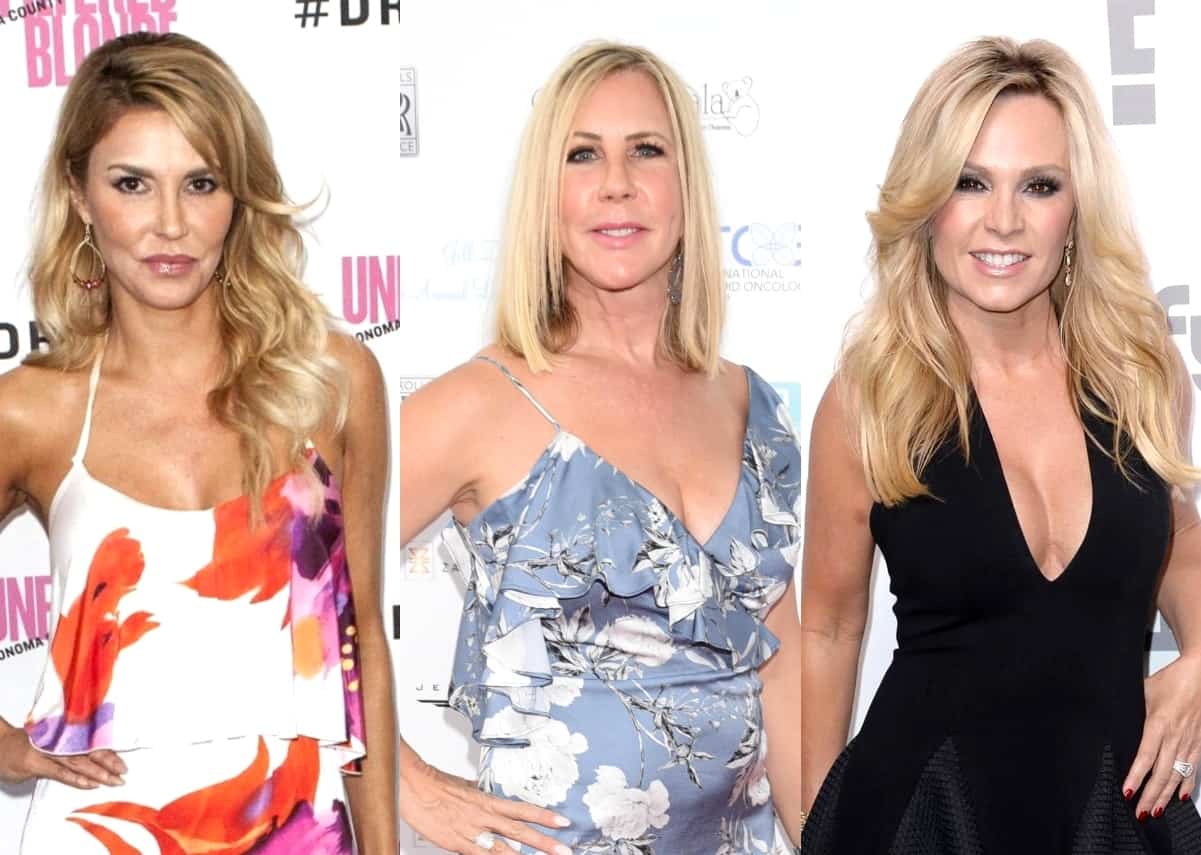 Brandi Glanville is getting real about the Real Housewives — and not just those of Beverly Hills.

In a recent interview, the Drinking and Tweeting author answered a few pressing questions about housewives across all franchises, detailing her favorite (and least favorite) stars, what franchise she’d most like to join, and why newbie Sutton Stracke may not be the best fit for The Real Housewives of Beverly Hills.

Brandi did not hold back when asked who her least favorite housewives were.

“I think honestly it was either Vicki [Gunvalson] or Tamra [Judge],” Brandi stated on The Rumour Mill podcast. “I’ve just kind of been like … ugh, I’ve seen them do the same thing, it’s just like one-trick ponies. They had no new stories, they were doing [things] that were obvious, like they take things to the worst, most obvious place and it wasn’t original for me anymore. I think that it was probably time for them to [leave]. They told every story they could tell.”

The mother of two went on to explain how Porsha Williams is her favorite housewife of all the franchises, praising her (and The Real Housewives of Atlanta) for being the most real.

“I love Porsha. I think she’s positive and she’s giggly and she’s beautiful,” Brandi said. “She tells it like it is, she shows her struggle she doesn’t try to hide anything and put up a fake story. She shows her man cheating on her — [RHOA shares] everything, they’re more real than [RHOC or RHOBH]. I feel like they’re not afraid to show everything. I’ve only met her once, but she was so bubbly and pretty and sweet and positive and funny. I just love her.”

In terms of where else she’d love to be a housewife, Brandi noted New York as her favored option, although she “might kill Ramona [Singer].”

She also noted that, while they didn’t get along, Taylor Armstrong was “good TV” for RHOBH. Newcomer Sutton? Perhaps not so much.

“I feel like it’s a good group, I kinda just wanna get to know the newbies better,” Brandi shared. “I know Sutton … I don’t know if she’s right perhaps. I mean, she’s definitely rich. She’s always been super sweet and I just hope that she’s being herself. I like her as a person, I just don’t know if I like her as a housewife yet. When [she asked Teddi Mellencamp about being boring], I [was like], ‘Are you doing this for TV?’ I don’t know. I was just a little confused with the statement.”