Below Deck Mediterranean’s Hannah Ferrier Fires Back at Drug Use Accusation by Malia White, Plus Peter Hunziker Accuses Malia of Using Drugs 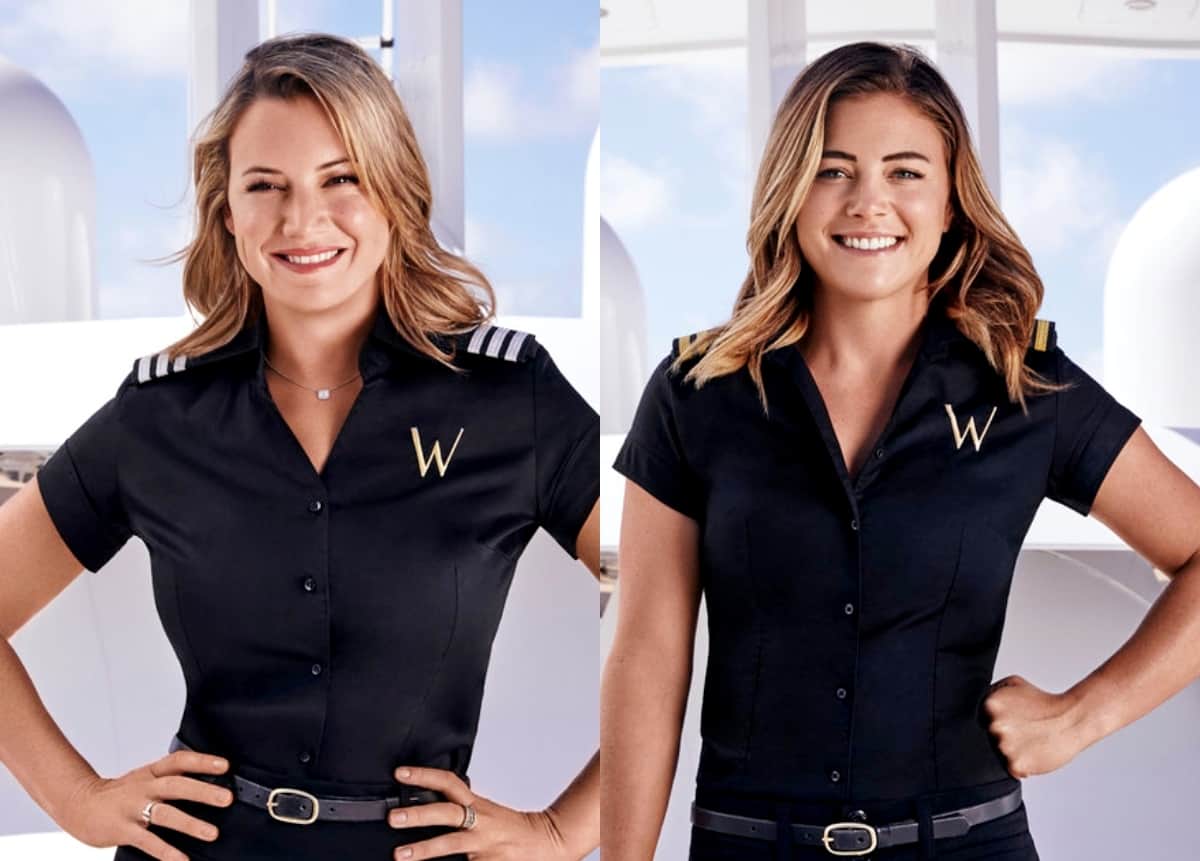 Malia White is accusing Hannah Ferrier of using drugs and Hannah is firing back!

The boat is definitely being rocked on this season of Below Deck Mediterranean, as Bosun Malia’s drug accusations against Chief Stew Hannah are only bringing more stormy seas to the mix.

On the August 4 episode, after it was revealed that Chef Kiko Lorran would be fired from the charter, Hannah became incredibly emotional and had a panic attack. Hannah noted to Malia, “I need Valium right now!” Malia seemed perturbed by this.

After a room assignment fall out between Malia and Hannah (in which Malia begged Captain Sandy Yawn to room with her boyfriend, Tom Checketts, now replacing Chef Kiko), the bad blood boiled over, and Malia went after Hannah.

Malia took a photo of Hannah’s personal belongings and reported them to Captain Sandy, accusing Hannah of drug use onboard.

Now, Hannah is clapping back at Malia’s accusation, sharing the details of her belongings and noting them to be innocuous.

“I like Malia’s arranging skills,” she wrote on Twitter. “So that’s prescribed Valium, CBD (which is legal in Spain), a lighter (not sure what this has to do with anything) and my passport holder… And for anyone who’s interested the prescription is on the other side of the box as shown… #belowdeckmed”

I like Malia’s arranging skills. So that’s prescribed Valium, CBD (which is legal in Spain), a lighter (not sure what this has to do with anything) and my passport holder… And for anyone who’s interested the prescription is on the other side of the box as shown… #belowdeckmed pic.twitter.com/9ZpMjVUWVu

In a now-deleted Instagram post, Malia defended her decision to report. She reasoned that she was essentially looking out for Hannah, who could have faced more severe consequences per boat regulations.

“If any crew member suffers from a mental health condition that they require medication for they must disclose that to the Captain BEFORE signing onto the boat. They then under the supervision of Captain or Officer can be given medication as needed and evaluated to see if they can still stand duty,” she wrote, reported Celeb Magazine. “While at sea the Captain is the medical person in charge- any and all medical decisions MUST go through them. Taking any sedative while on duty is completely illegal and could cost myself, the officers and Captain Sandy all of our licensing.”

She continued, “Not to mention possible jail time and fines if an incident occurred & a crew member was found to have been on something without authorization. Reporting any incident especially one we witness is all of our job. Yachting is my career- I’m not here to worry about plot twists & TV drama- I’m here to do my job and learn how to become a Captain. Maritime laws are in place for a reason.”

Well, more “plot twist” icebergs are ahead for the Below Deck Med crew, as the now-fired Peter Hunziker defended Hannah in a since-deleted Instagram post.

“I feel for @hannahferrier234. I battle anxiety daily for personal reasons between me and my doctor, I’m prescribed similar medicine and had it with me on board the whole time,” he wrote on the IG story. “I didn’t get fired. I had panic attacks, I took my medicine, I was fine.”

Peter then zeroed in on Malia, saying, “What a rat, let’s air sweetheart Malia’s DRUG history out there Miss I’m so worried about my ticket but I’ll sniff an 8 ball not eh weekend.”