Bravo Star Jenny Allende Slams Erika Jayne For “Snobby” Behavior and Recalls Cold Encounter With RHOBH Star, Plus the Mexican Dynasties Star Claims Kyle Was “Crying Her Eyes Out” About Lisa Vanderpump Drama and Shares How Other RHOBH Ladies Treated Her 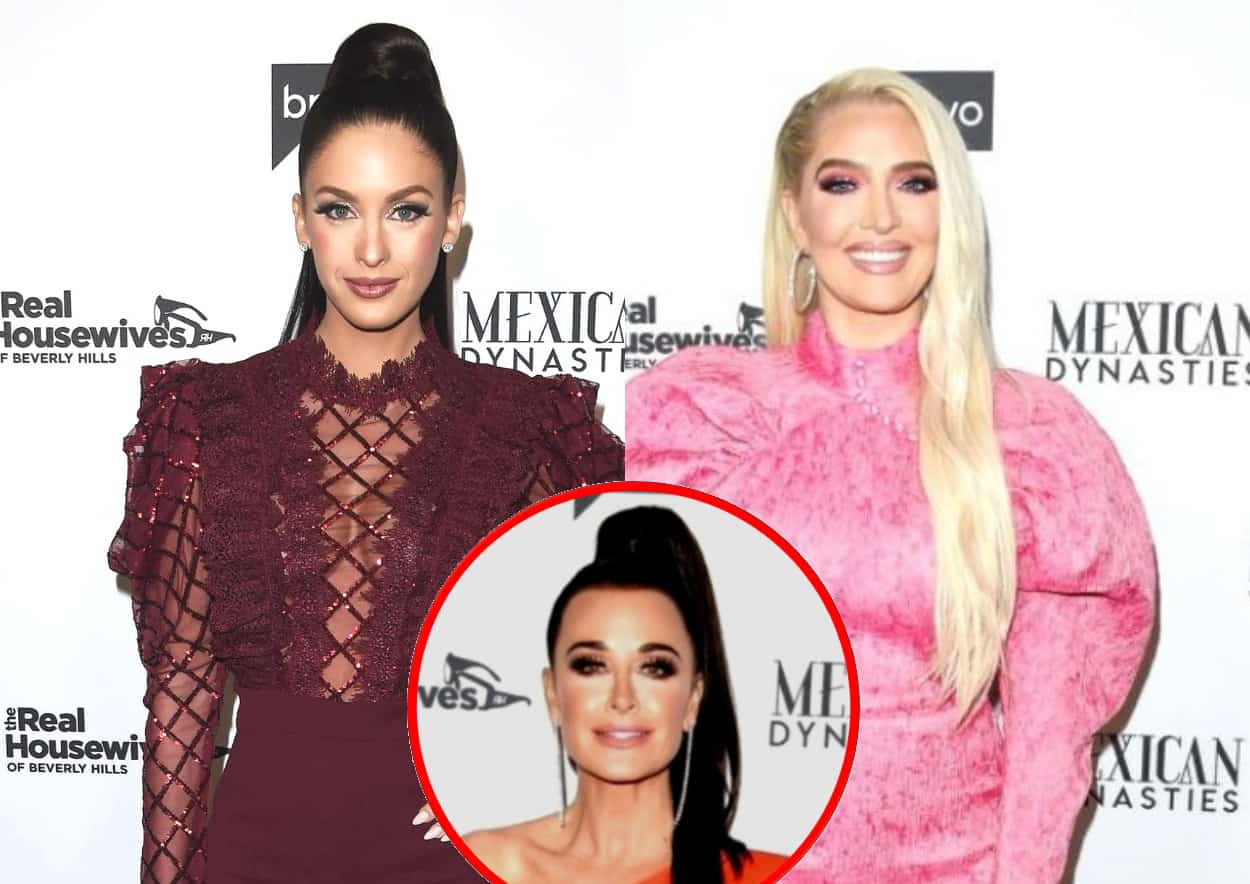 Mexican Dynasties star Jenny Allende got the chance to meet Erika Jayne and … it didn’t go over so well.

In a new interview, the Bravo star spoke about her experience meeting the Real Housewives of Beverly Hills star at the show’s series premiere party last year and trying to take pictures with the RHOBH ladies. Some of them were game, some of them? Not so game.

“So this is crazy because I was excited to see Erika, but I was so disappointed because she was such a b–ch,” Jenny shared on the Behind the Velvet Rope with David Yontef podcast. “She was such a b–h, it’s the truth! I have to tell you my experience. She was such a b–h. I told her, ‘Let’s take a picture.’ She didn’t want to take a picture with me until she noticed that I was part of the cast of Mexican Dynasties.”

Jenny went on to explain Erika’s hesitancy to take a photo with her until she realized she was part of the Bravoverse.

“She saw me on the video,” she recalled. “So I said, ‘Okay, now let’s take a picture.’ And I’m like, girl, now you want to take a picture with me? And then we took the picture and she was like such a b–h.”

The Bravo star continued on how Kyle Richards, Teddi Mellencamp, and Denise Richards were friendly to her, and that Dorit Kemsley “wasn’t bad, [wasn’t] good,” but did take a picture with her.  She also added how Lisa Rinna was apparently not as “b–chy” as Erika, but she was “right there,” not exactly exhibiting the nicest behavior, either.

Jenny was the most “disappointed” in Erika, though because she was the most excited to see her, again reflecting on the singer and reality star’s “snobby” behavior.

Below is Jenny’s photo of the moment in meeting the RHOBH women, as she’s pictured with Erika, Teddi, and Lisa.

The newfound Bravo star also noted how, at the premiere party — which served as both a premiere for Mexican Dynasties and the RHOBH — Kyle was apparently “crying her eyes out” about her fallout drama with Lisa Vanderpump at the time.

“[Lisa] came with the dog and the husband and everything. There was some major drama there,” Jenny recalled. “Kyle was crying her eyes out […] because Lisa arrived, they looked at each other really bad, then Lisa left.”

The 32-year-old went on to explain how the night wasn’t filmed, as it was only meant to be a premiere party, but the drama was definitely camera-worthy. Kyle then left the party after seeing Lisa and was apparently still crying about the run-in.

“Kyle left and the other housewives were talking about Lisa and what happened,” Jenny recalled. “And I was like, ‘Some s–t is going down here!’”

Allende said she got pictures with the entire cast except for Lisa Vanderpump due to her leaving, but she did manage to talk to her prior and said she was nice.

“She was nice to us and she said, ‘Oh, leave this place and come to my restaurant!'”