Dorinda Medley Announces She is Leaving RHONY After Six Seasons, Read Her Official Exit Statement as Andy Cohen and the Real Housewives React 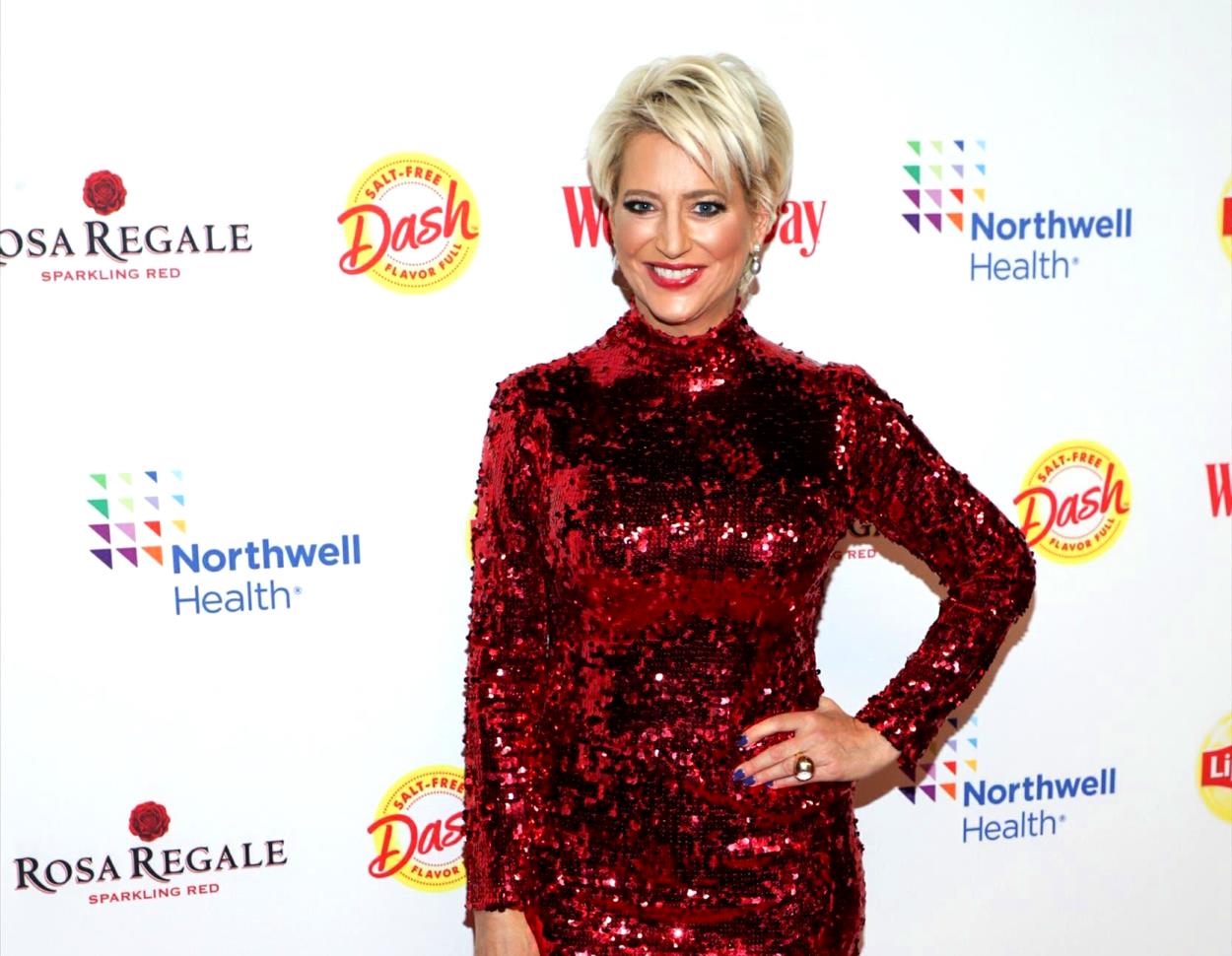 Dorinda Medley is leaving the cast of The Real Housewives of New York City after starring on the series for the past six seasons.

In a post shared to her Instagram page, Dorinda confirmed the news with her fans and followers as Andy Cohen and other members of the Bravo family were seen reacting to the sudden news.

“What a journey this has been. I have laughed and cried and tried to Make it Nice… But all things must come to an end,” Dorinda wrote in her August 25 announcement. “This was a great outlet for me to heal when my late husband Richard passed away. I have met so many interesting people and learned so much about myself, about life and about women along the way.”

“Thank you to Bravo and NBC for the incredible ride and to my cast mates for constant stimulation and entertainment. I wish you all health, happiness and success,” she concluded. 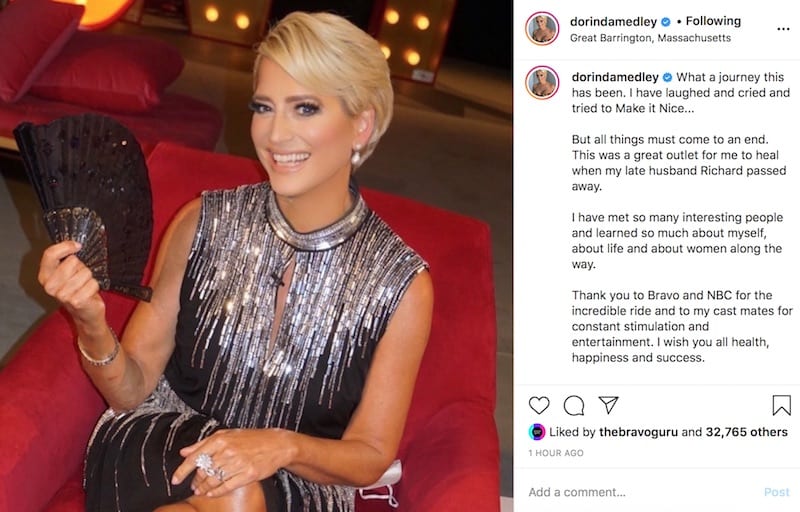 Following Dorinda’s announcement, Andy shared a message in the comments section of her post, as did several other women of the Real Housewives franchise, including Dorinda’s RHONY co-star, Leah McSweeney, who told Dorinda she is “gonna miss [her].”

“What a ride. Unforgettable,” Andy wrote.

“You are a legend, forever an ICON love you [Dorinda],” said Real Housewives of New Jersey‘s Margaret Josephs.

Meanwhile, Melissa Gorga couldn’t believe the news, telling Dorinda, “Say it isn’t so,” and labeling her a “legend.” 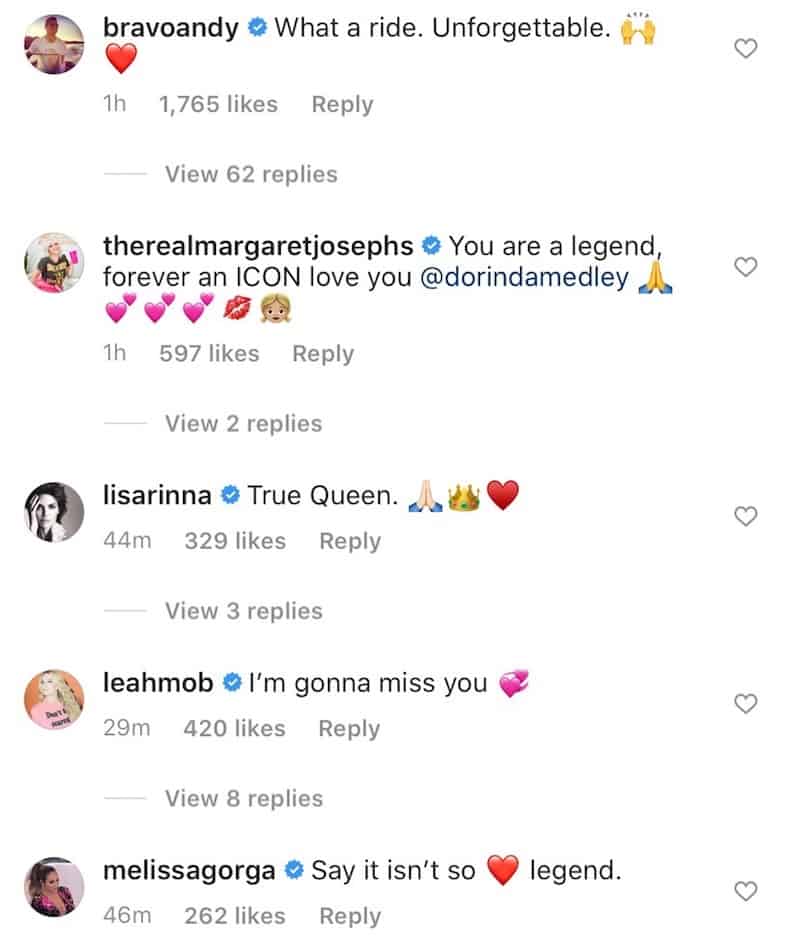 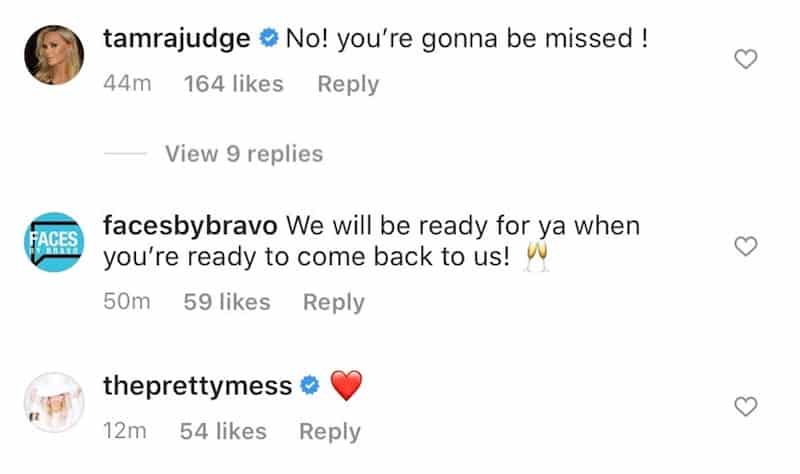 Dorinda first joined the cast of RHONY in 2015 for the series’ seventh season. As fans may recall, Dorinda’s addition to the show came on the heels of Aviva Drescher‘s departure after season six.