Home Below Deck PHOTO: Below Deck’s Captain Lee Gets Tattoo of Late Son to Honor Him and Confirms His Death Was Due to an ‘Accidental Overdose,’ Plus Live Viewing Thread

PHOTO: Below Deck’s Captain Lee Gets Tattoo of Late Son to Honor Him and Confirms His Death Was Due to an ‘Accidental Overdose,’ Plus Live Viewing Thread 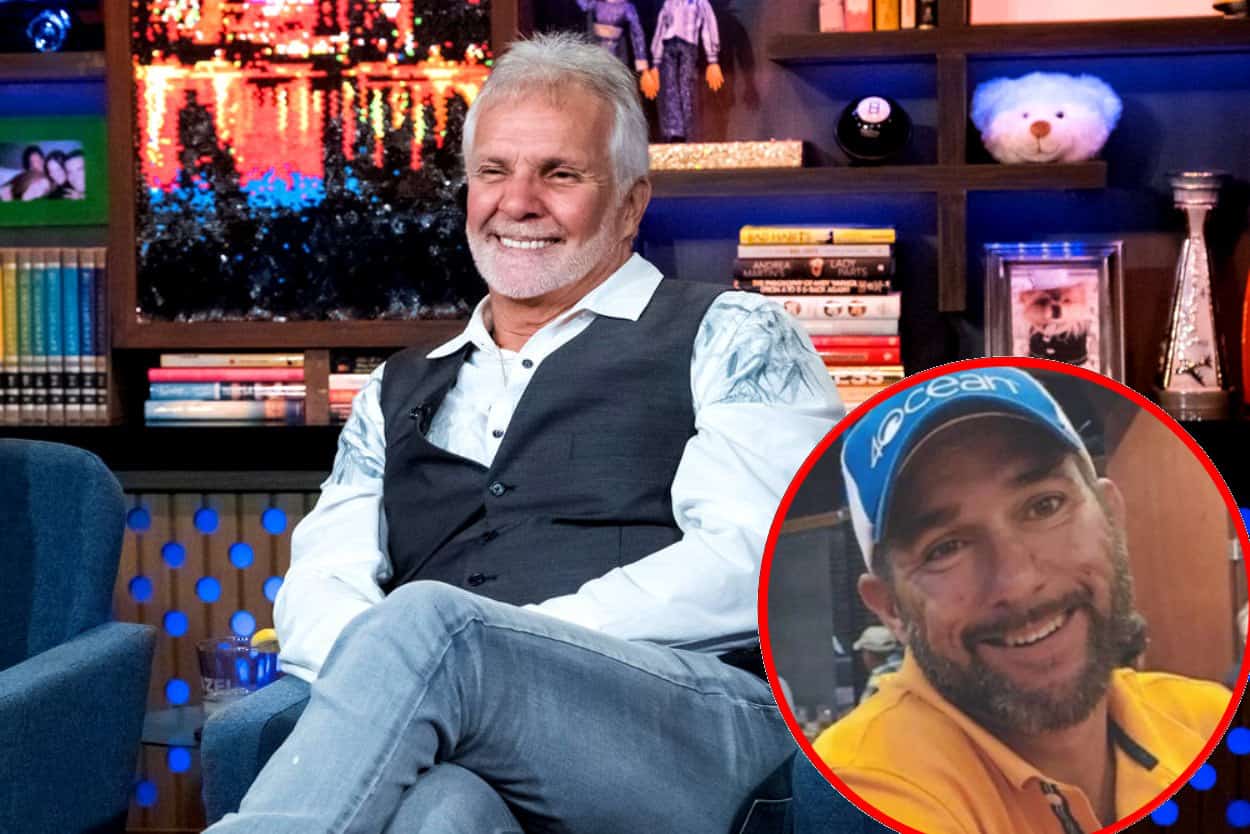 Below Deck star Captain Lee Rosbach is speaking out about the loss of his son, addiction, and revealing the touching tattoo he had inscribed on his chest to honor his late son.

As many Below Deck fans may know, Captain Lee lost his adult son, Joshua Lee Rosbach, 42, to a drug overdose in July 2019. Shortly after his family’s unimaginable loss, he took to Instagram to announce the death of his son and to pay tribute.

“This past Saturday, my beloved wife Mary Anne and I laid our youngest son, Joshua Lee Rosbach to rest. After a twenty year struggle, he finally succumbed to the demons he fought so long and so hard.”

In a recent emotional interview with Entertainment Tonight, the grieving father discusses what an amazing, kind human his son was and reveals how just how much both Joshua and the rest of their family struggled due to Joshua’s addiction.

“Anybody that has ever dealt with a family member or a very close friend with an addiction problem knows that when you have Thanksgiving dinner, Christmas Day, any family get together or just have all the kids over for dinner, and all of a sudden one of them goes missing. It [had] been this way for a long time with Josh. He suffered with his demons for over 20 years, and we were always going, at every family function, ‘where’s Josh?’”

The Captain revealed the tattoo he chose to honor his youngest son, which is a very clear, well-done picture of Josh. Under the picture, you can plainly read the words, “Where’s Josh?” 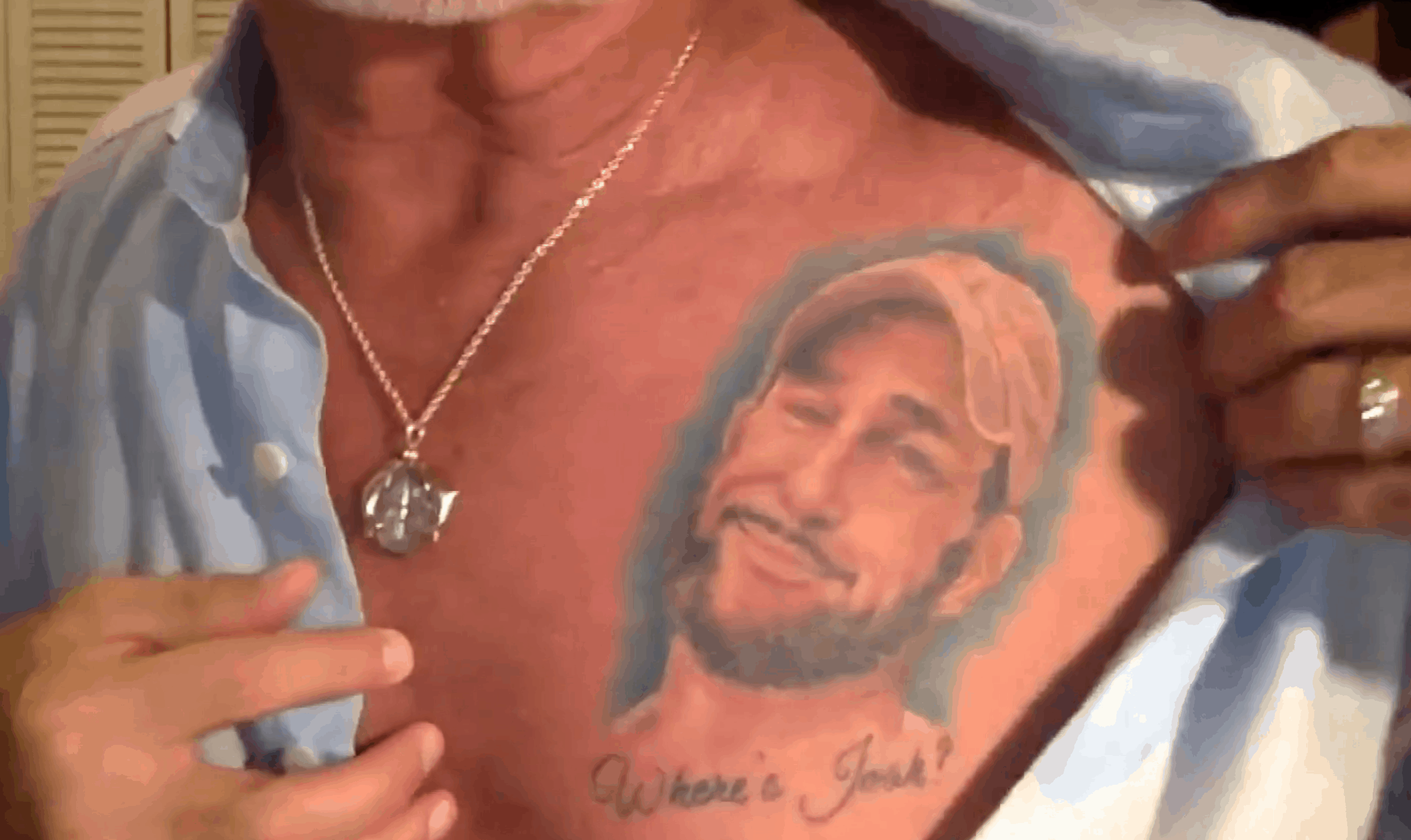 Captain Lee explains his tattoo further by adding, “We all knew where he was. We all knew what he was doing. We were just powerless to stop it. Now with the tattoo and the description under it, ‘Where’s Josh,’ I know where he is. He’s over my heart and that’s where he will stay.”

In the heartbreaking interview, the Running Against the Tide author confirms again that Josh’s overdose was completely accidental. He also explains what bothered him the most about the situation.

“Josh didn’t know what he bought. He thought he was getting one thing and he was getting something totally different, totally driven by profit from [drug] dealers. Fortunately, he fell asleep and just didn’t wake up, so he didn’t suffer.”

Lee made it clear that even addicts are human beings and can be very generous, loving people just like anybody else and he wants people to know what a great man his son really was. With a smile on his face, Lee describes his late son as “the most caring kid in the world.”

“He cared about everybody and everything in his life. He didn’t have any kids [but his nieces and nephews] were the highlight of his life. He was just a giving person and he just had demons that he couldn’t control.”

Captain Lee isn’t known for showing a great deal of emotion, unless it’s to set a crew member or charter guest straight, but it’s clear that he’s still struggling with this huge loss, just as anyone would. He’s still grieving, but he’s eventually hoping to learn how to cope with Josh’s death.

“There’s nothing that is ever going to replace the hole in your heart and I think the person that said ‘time heals all wounds’ was just totally full of sh*t because it doesn’t. What time will do is hopefully help you develop your coping abilities to deal with it.”

The Below Deck star has plans in the future to help those struggling with addiction and to also help with their families. He admits that he’s just not quite ready to take on the difficult, yet noble cause just yet.

“Eventually, when I feel strong enough to [finish what I start], I want to do something to try to help other people who are in similar situations, but I don’t want to embark on that path until I feel I’m able to complete it. And when I do, I’ll go at it like I do everything else.”

Live Viewing Thread – A new episode of Below Deck airs tonight on Bravo at 9/8c. This is also a live viewing thread so feel free to comment and chat below as the episode airs!