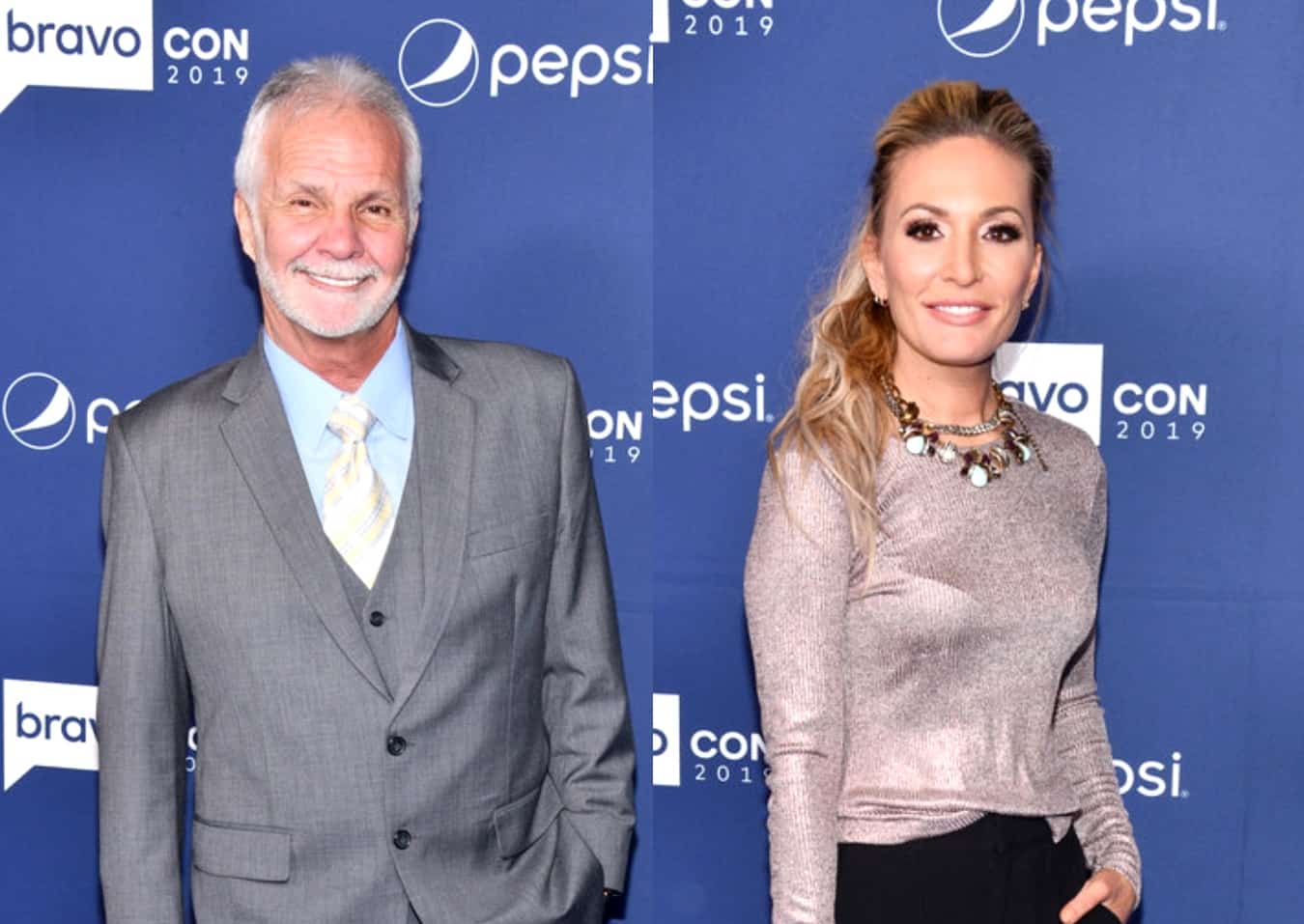 Below Deck star Captain Lee Rosbach dishes on the new season, reveals his feelings about former cast member Kate Chastain’s departure, and offers his opinion on the controversial season of Below Deck Mediterranean.

In a recent interview, Captain Lee reveals his thoughts on Kate’s departure and admits that he was “flabbergasted” when he heard she was leaving the show. He also shares his opinions on the new season eight cast and crew members and admits again that he would have done things “differently” regarding the drug possession scandal and shake-up featured on the most recent season of Below Deck Med.

The outspoken Captain sat down with Entertainment Tonight and revealed that “not in his wildest dreams” did he ever think he would be filming an eighth season of Below Deck when the showed first began. For the majority of that time, he had chief stew, Kate, on deck, who joined the show on season two. Captain Lee admits that he was “sad to see Kate go” and he was concerned about how he would get along with the new chief stew. He explains how he felt the moment he found out that Kate would not be returning during a long phone conversation he had with the sassy former stew.

“It totally caught me off guard and I just never saw it coming. I was just totally unprepared.” He went on to say, “I just [was] flabbergasted, for lack of a better term. It just hit me hard and then I started to think about the ramifications of it because they were huge.”

He admits that he questioned the next step with Kate gone and asked himself, “Am I ready for this?” The Captain says he would never ask Kate to return to the show, but he dishes that he would love to have her as a charter guest. Kate’s replacement as chief stew is Francesca Rubi and Lee explains the amount of pressure that Francesca must have been feeling throughout the charter season.

“I had such empathy for Francesca because she’s coming in, she’s worried about if she’s going to get along with a new captain, and [she’s wondering] ‘am I going to live up to his standards,’ and she’s obviously going to try extremely hard and work extremely hard because she is a consummate professional. Then she’s got the fan base to deal with. [There’s] a lot of pressure there [and] that’s not your best case scenario.”

However, after mentioning all of these obstacles, he acknowledges that “Francesca is going to be just fine.” Lee’s asking fans to not come into the new season “pre-judging” because he believes “that would be a mistake on everyone’s part.” He’s even admitting that he had to look in the mirror and remind himself of the very advice he’s giving the fans by telling himself, “new season, new crew, suck it up!”

Although Lee may have “sucked some things up,” he’s still the same stern leader we’ve come to love. As some fans may have seen in the season eight trailer, Captain Lee is seen yelling and cursing at a guest to get back on the boat after they are seen jumping into the water, which obviously wasn’t a safe idea at the time. He goes on to explain his frustration in that moment.

“It’s something that I’ve never done in my 36 years of yachting… ever before. I have never ever lost it to that degree with anyone, whether it’s a crew member or a charter guest. Not only was it a first for Below Deck, it was a first for me.”

When asked about his first impression of the new crew, the usually strict captain says he immediately got a “pleasant vibe,” and although fans will see that the charter season was not perfect, he was not actually disappointed in any of the crew members. As for who the captain was most impressed with, he quickly chose Eddie Lucas, who also appeared on season one of the show. He says he was very impressed with the “maturation level of Eddie.”

The Captain is fairly active on Twitter and usually does not shy away from sharing his opinions on other fellow Bravolebrities or shows, which also applies to his sister show, Below Deck Med. As fans of the franchise know, Hannah Ferrier was fired by Captain Sandy Yawn on the last season after Hannah was found with drugs on board. Captain Lee once again explains that he would have done things “differently.”

“I have a different style of doing things [and] obviously I prefer my style. There are some things I would have done different and I’m not saying right or wrong, I’m saying different.”

Live Viewing Thread – The season eight premiere of Below Deck airs tonight on Bravo at 9/8c. This is also a live viewing thread so feel free to comment and chat below as the episode airs!