Home Below Deck Mediterranean Below Deck’s Captain Lee Weighs in on Hannah Ferrier’s Firing and What He Would Have Done, Shares Update With Jax Taylor

Below Deck’s Captain Lee Weighs in on Hannah Ferrier’s Firing and What He Would Have Done, Shares Update With Jax Taylor 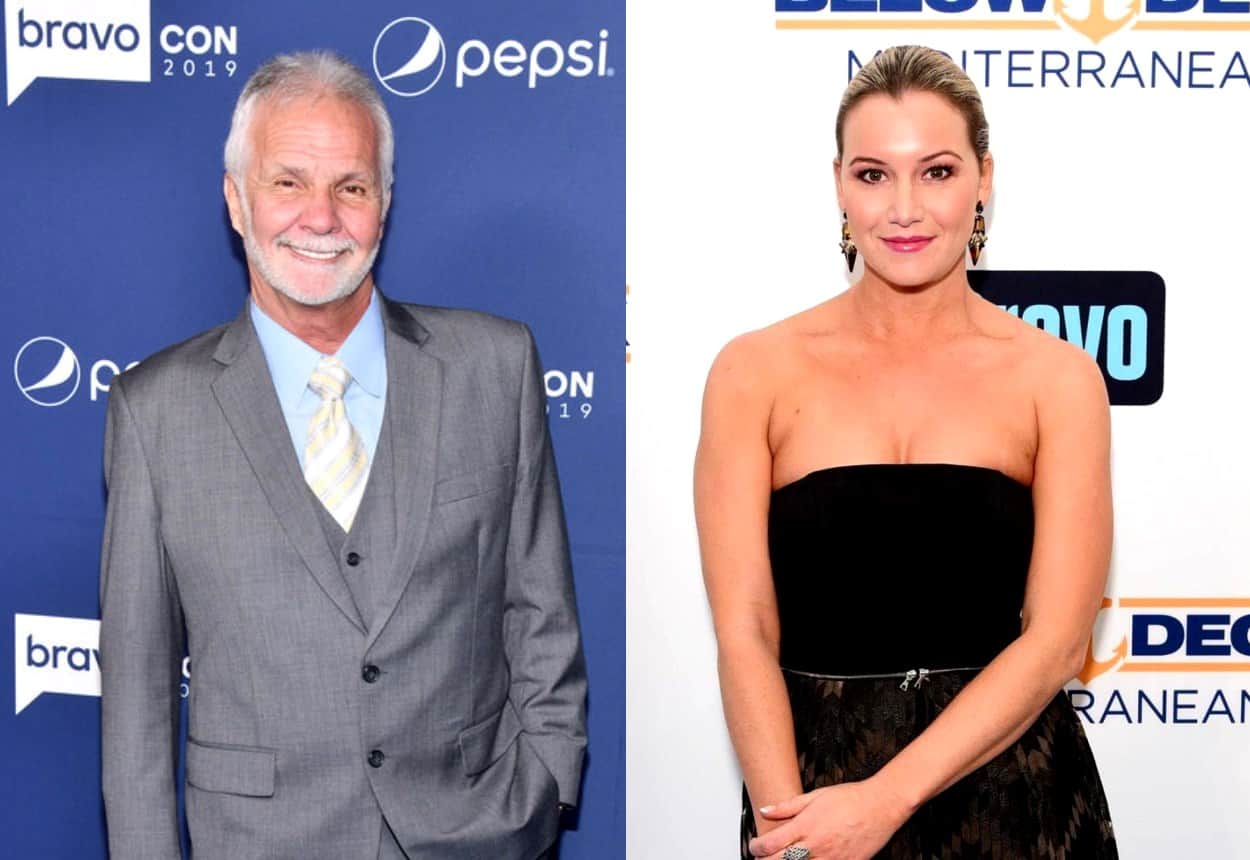 Below Deck‘s Captain Lee Rosbach is sharing his thoughts on Hannah Ferrier‘s exit from Below Deck Mediterranean for drug possession.

On a recent appearance on Watch What Happens Live, Captain Lee was questioned by host Andy Cohen about Hannah’s firing by Captain Sandy Yawn from The Wellington over having unregistered Valium and a CBD vape pen in her possession.

Andy compared the debacle to a similar situation from a previous Below Deck season with stewardess Kat Held, when Lee discovered her anxiety medication on board, and he wondered how Kat’s situation was different. It was pretty clear Captain Lee didn’t see much of a difference and implied he would have taken the same actions as Captain Sandy.

“With Kat, it was pretty simple. She said she was prescribed the meds and I said, ‘Show me the prescription, that’s what I want to see,'” Lee stated on the show. “If it’s legally prescribed meds by a licensed physician, we are not doctors as captains. God forbid we should deny somebody their prescriptions meds and something bad should happen. It would really get ugly.”

As fans of Below Deck Mediterranean can recall, when Sandy asked Hannah to show her a prescription for the drugs she had on board, she failed to do so, causing Hannah to be immediately released per Maritime law.

As for other on-land matters, Lee also addressed his relationship with Vanderpump Rules‘ Jax Taylor, who notably blocked him on social media last year.

“No, Jax hasn’t blocked me on Twitter again,” Lee shared before he revealed his thoughts on Jax and wife Brittany Cartwright‘s baby news.

“I’m excited for Jax. I think this might be a turning point for the guy,” he said. “And I’m gonna reach out to him, soon. I seriously am because that’s overdue when somebody that you’ve had interaction with is having a baby and you should step up and say, ‘Hey, I’m happy for you.'”

The two even started chatting on Twitter after making amends, making a sweet exchange on October 7 as Jax perceivably watched the show or discovered what Lee had to say.

“@capthlr hey buddy, thanks for the kind wishes, when this all ends, hopefully will be able to see each other again. My best to you and the wife. ✝️????,” Jax sweetly tweeted at Lee.

“So happy for you both, put a big smile on my face, and you’re right, it’s been too long. My best to Brit,” Lee tweeted back.

So happy for you both, put a big smile on my face, and you're right, it's been too long. My best to Brit. https://t.co/tYJnI5kgYi

Below Deck season eight premieres November 2 at 9/8c on Bravo.