The Vanderpump Rules cast is expanding yet again.

On the heels of pregnancy reveals by Stassi Schroeder and Lala Kent, who are both expecting baby girls with their respective partners, Beau Clark and Randall Emmett, Brittany Cartwright and husband Jax Taylor have confirmed that they too are expecting their first child together.

“Mom & Dad. The love of our lives is coming soon,” Brittany announced on September 21.

While Brittany, 31, and Jax, 41, waited until today to confirm the upcoming arrival of their baby, Brittany appears to be further along than Lala, who is barely showing any signs of a baby bump at all and isn’t due until April of next year.

Brittany’s sonogram reel also seems to confirm that she is several months along as it shows a series of growing images of her baby at different stages of its life.

Along with the same series of photos, Jax told his fans and followers, “Sooooo,……..I am gonna be Dad..”

Jax also shared an image of his wife and her baby bump on his Instagram Stories.

“Oh baby,” he wrote in the caption of the pic, which featured Brittany air-kissing her sonogram photos. 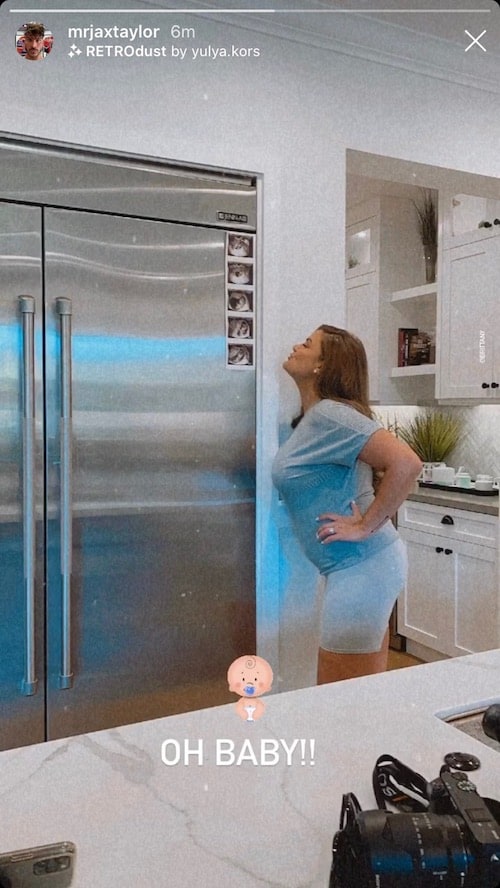 Following Brittany’s post, a number of her Pump Rules co-stars reacted to her baby news in the comments section of her photo, starting with Scheana Shay, who shared several heart-eyed emoji, and Kristen Doute, who posted alternating blue and pink heart emoji.

“So happy for you both! Congratulations,” said a fan page. 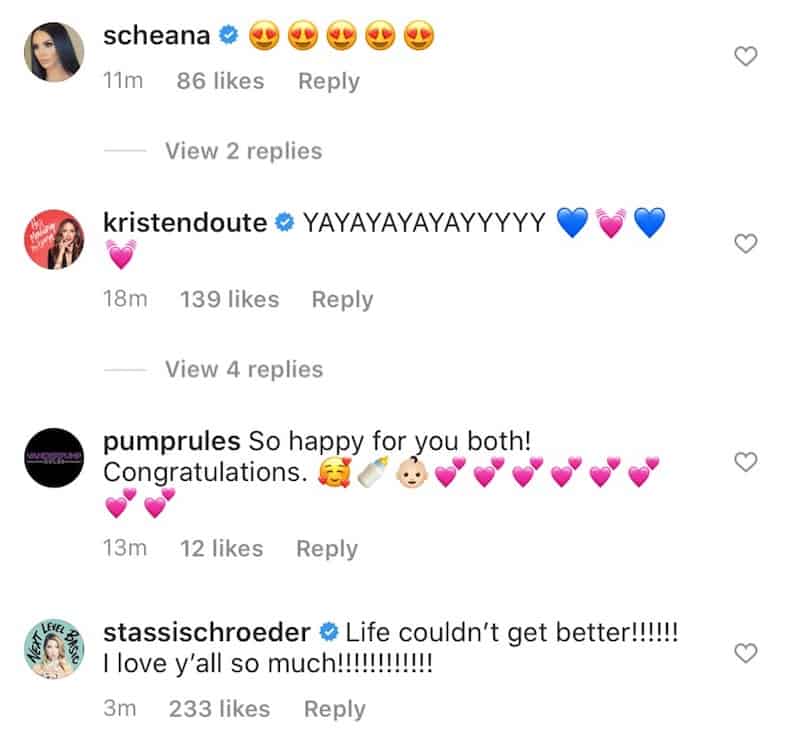 Jax and Brittany have been open with the fact that they wanted to start a family soon after their June 2019 wedding. However, after the coronavirus pandemic first began in March, Jax got “scared.”

“Have you watched these shows that go on lockdown?” he asked during an interview with Entertainment Tonight at the time. “Somebody always gets pregnant and they can’t go to the doctor and they end up, like, it’s either the baby or the mother dies! It’s Netflix and Hulu’s fault for putting all these crazy shows on TV that make my mind go crazy.”

As for Brittany, she told the outlet she was not concerned about a quarantine pregnancy.

“Everybody’s gonna get through this together, hopefully we can contain everything quickly, hope people stay home and wash their hands, and then we’ll be just fine to have a baby,” she said.