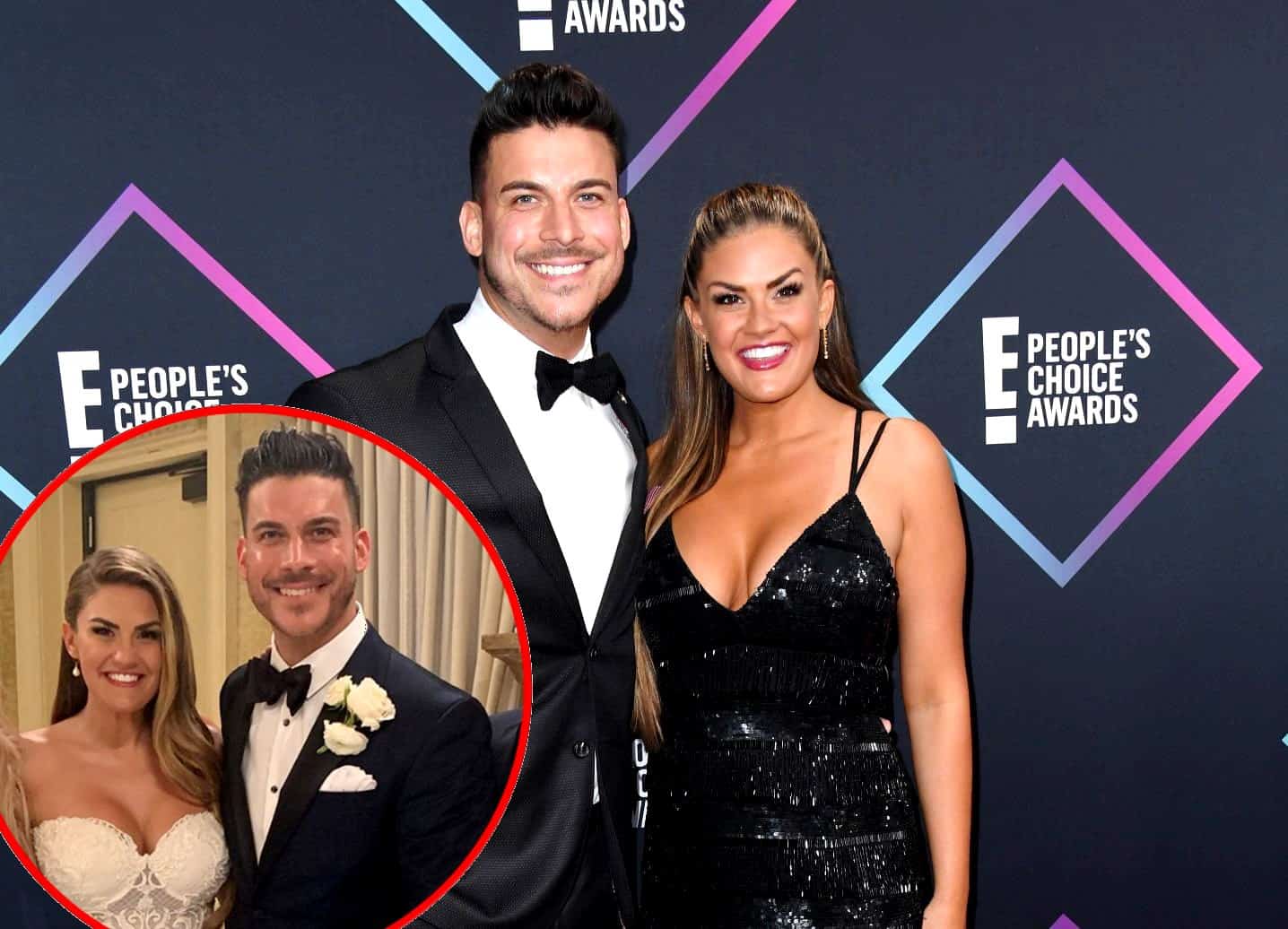 UPDATE – Some new photos have been added to the bottom of this post, including Brittany’s 3-in-1 wedding dress!

Jax, 39, and Brittany, 30, officially tied the knot on Saturday, June 29, in front of their closest friends and family.

As expected, the couple had their outdoor wedding at the Kentucky Castle in Brittany’s home state. Below is one of the first photos shared of Brittany and Jax sharing a kiss after exchanging their vows. 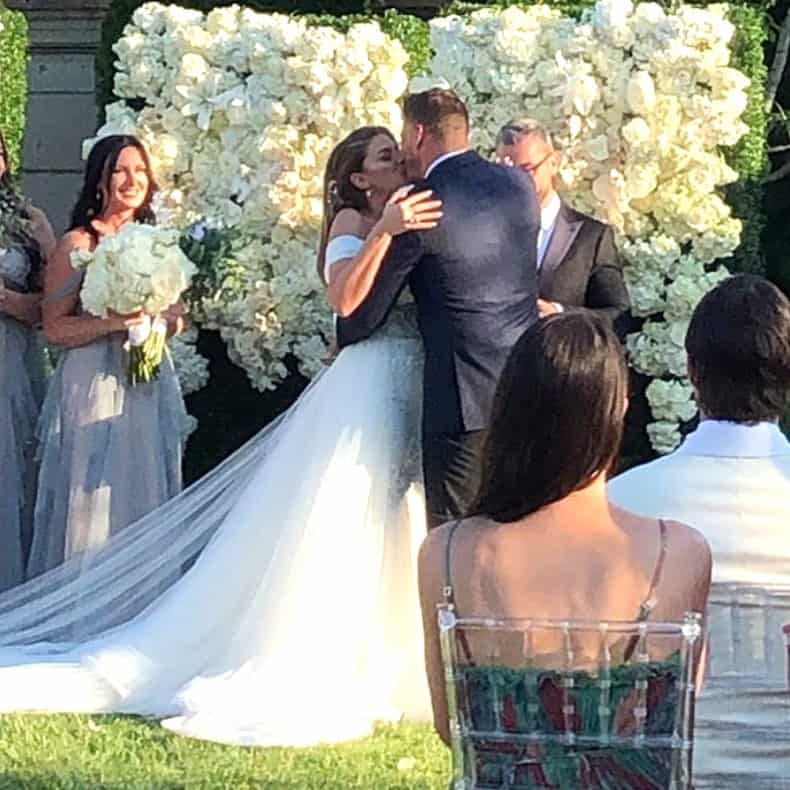 Jax Taylor and Brittany Cartwright are married! 💖 “We’re stronger and happier than we’ve ever been. We’ve been through a lot, but we came out on the other side," the Vanderpump Rules star told PEOPLE just before her big day. Tap our bio link for all of the details! |📷: @mrs_malicotephoto #TheMalicotes

Also below is a video of the newlyweds making their way down the aisle after becoming husband and wife.

Later, Brittany removed the sleeves from her wedding dress for the wedding reception.

Following speculation about whether or not their boss Lisa Vanderpump would be in attendance, following the sad death of her mother last week, the Real Housewives of Beverly Hills star surprised the couple by flying in for their wedding on Friday alongside her husband Ken Todd. Lisa and Ken flew in on the private jet of Randall Emmett, the fiance of Lala Kent.

The wedding, which was officiated by Lance Bass, was also attended by a number of Bravo stars including Southern Charm star Shep Rose and former Summer House stars Lauren Wirkus and Stephen McGee.

Shep shared a photo of himself with four, out of twelve, of Brittany’s bridesmaids – Lala, Scheana Marie, Ariana Madix and Kristen Doute. Randall and Tom Schwartz were also included in the picture as both men served as Jax’s groomsmen. 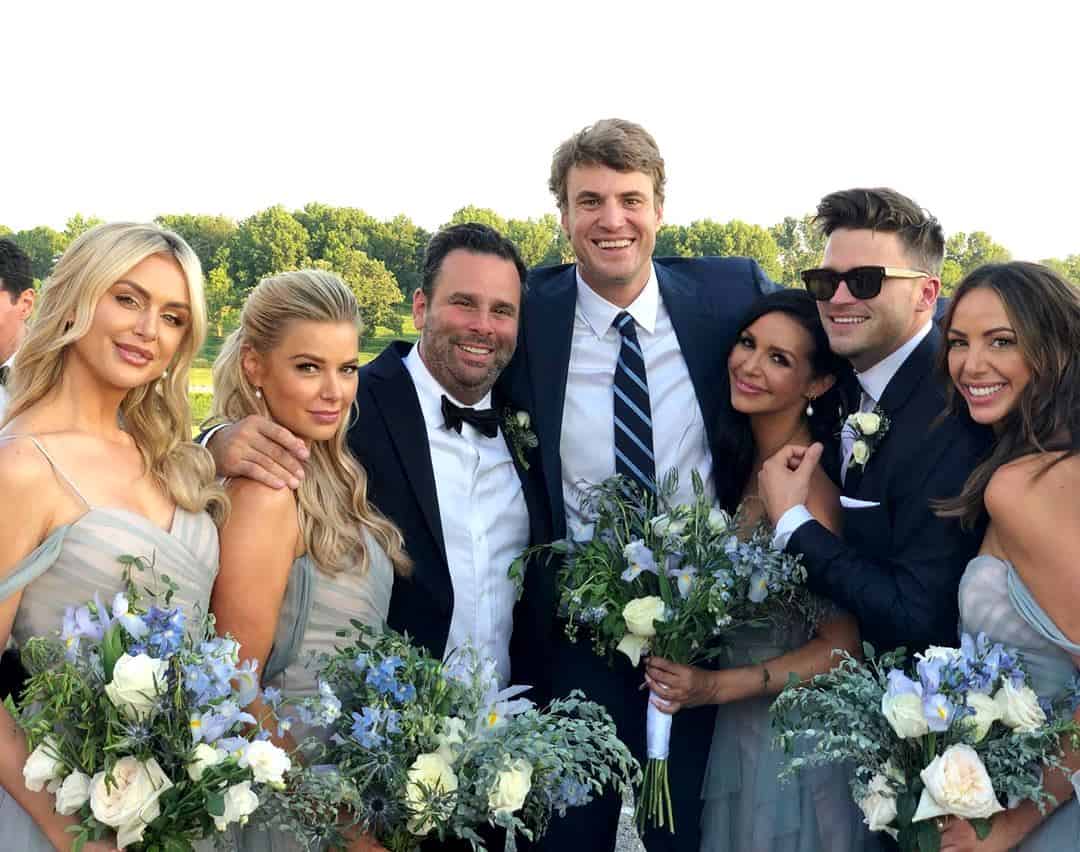 Perhaps the biggest surprise of all was the attendance of Larry Birkhead, who is also from Kentucky. His connection to the Bravo couple is however unknown. Shep shared a pic of Larry at the wedding as well as the seating chart for his table, which mistakenly listed the name of Lisa’s husband as Ken Vanderpump instead of Ken Todd. 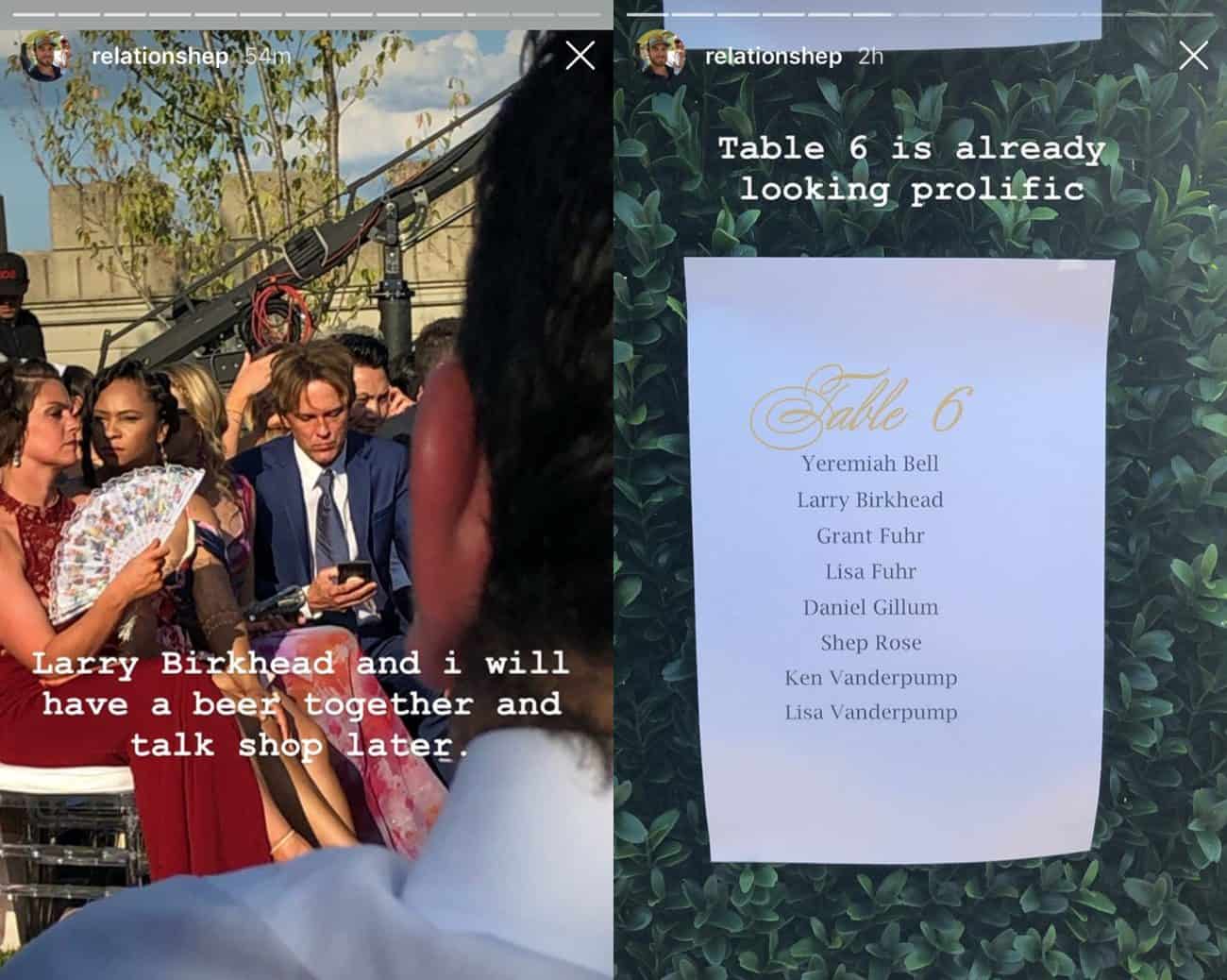 Brittany and Jax also had a rather unique wedding cake decorated with what appears to be edible moss!

The wedding comes a little over a year after Jax proposed to Brittany in Malibu.

Below are more photos and videos from the couple’s big day. You can also check out more photos on social media using the #JaxGotItWright hashtag.

Best groomsman ever! What a weekend!! #jaxgotitwright 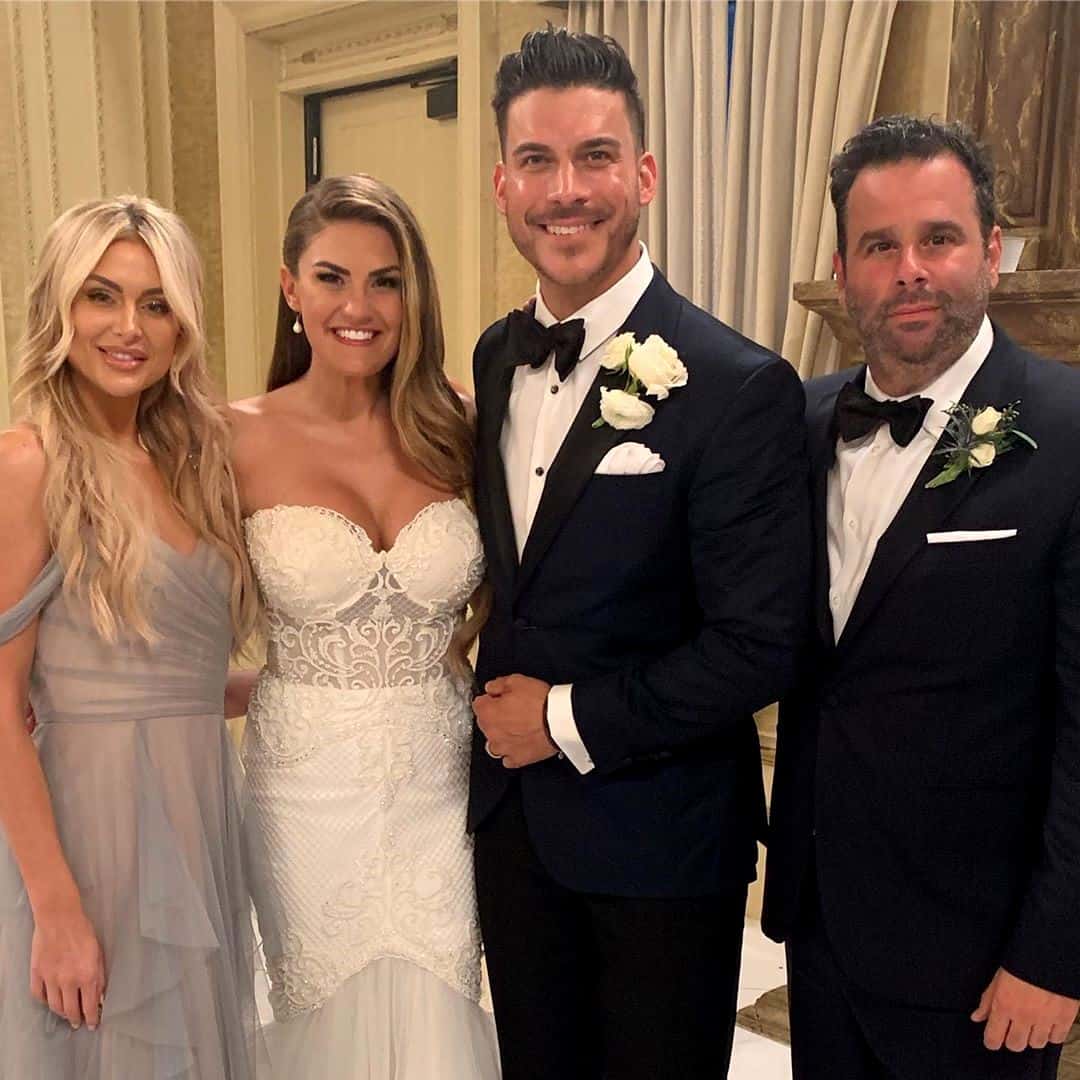 I’ve known this couple for the past few years and i can honestly say that they are one of the most beautiful, down to earth, caring, appreciative, selfless people i have the honor to work with every day. Jax and Britt, you two are made for each other and have a connection that runs so deep that is so undeniably special. Congrats on this special day and wishing you a lifetime filled with happiness, Taco Bell, endless episodes of Friends, sleep ins for Brittany and maybe a set of twins. Love you both so much! 💗

UPDATE: Shep has just shared a photo with Lisa and Ken. 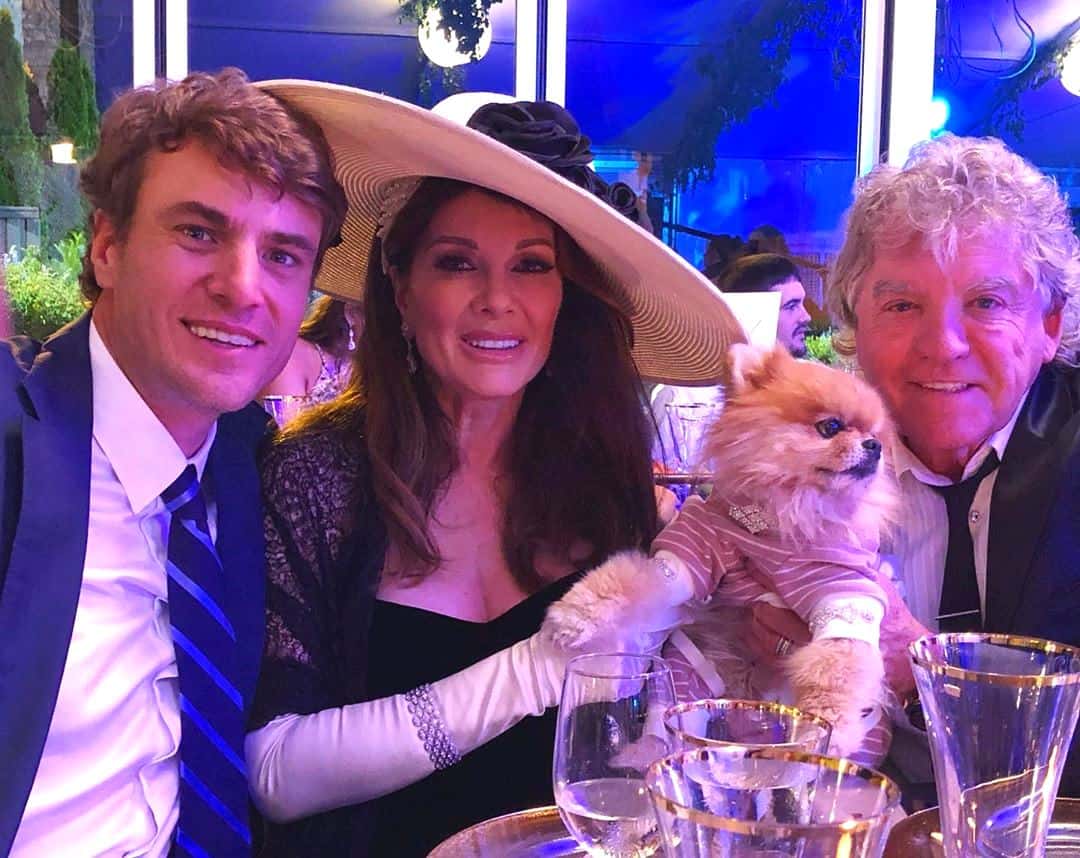 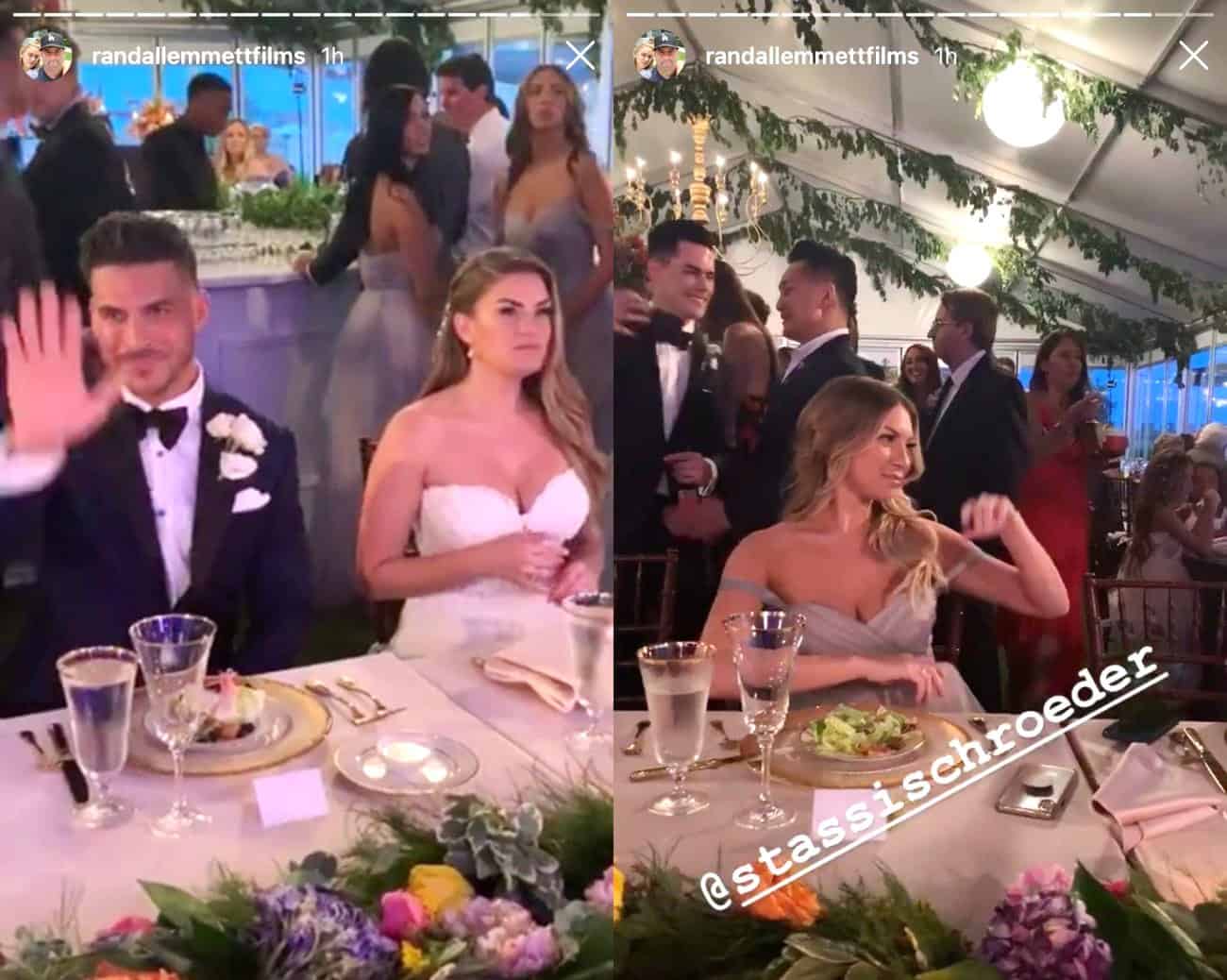 UPDATE #2 – As is turns out, Brittany’s wedding dress is actually a 3-in-1 as it also turned into a short dress later on during her reception. 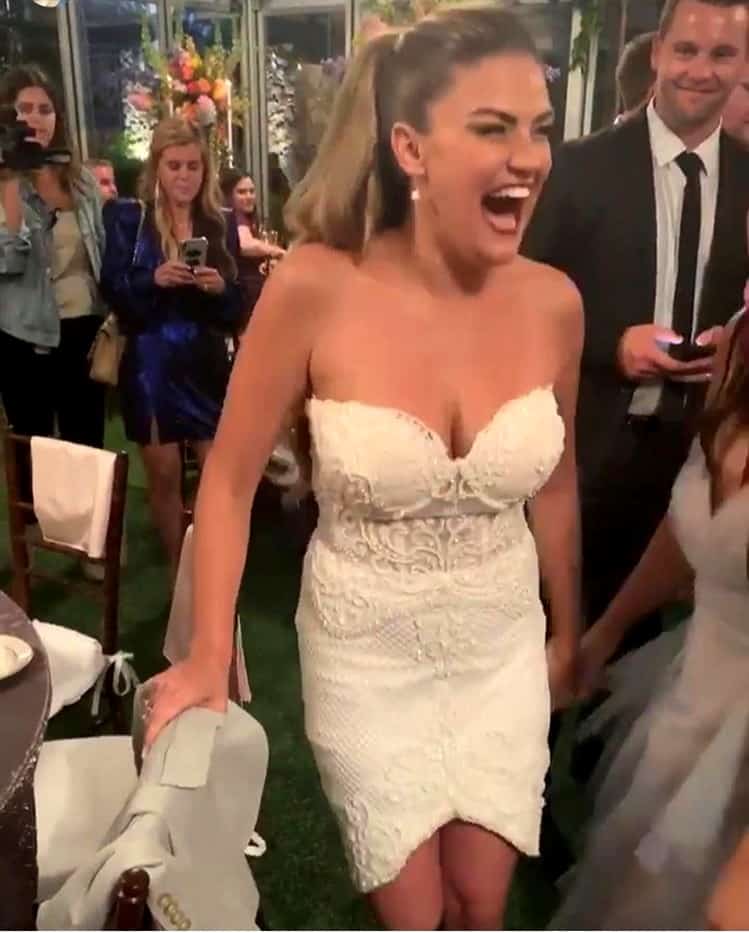 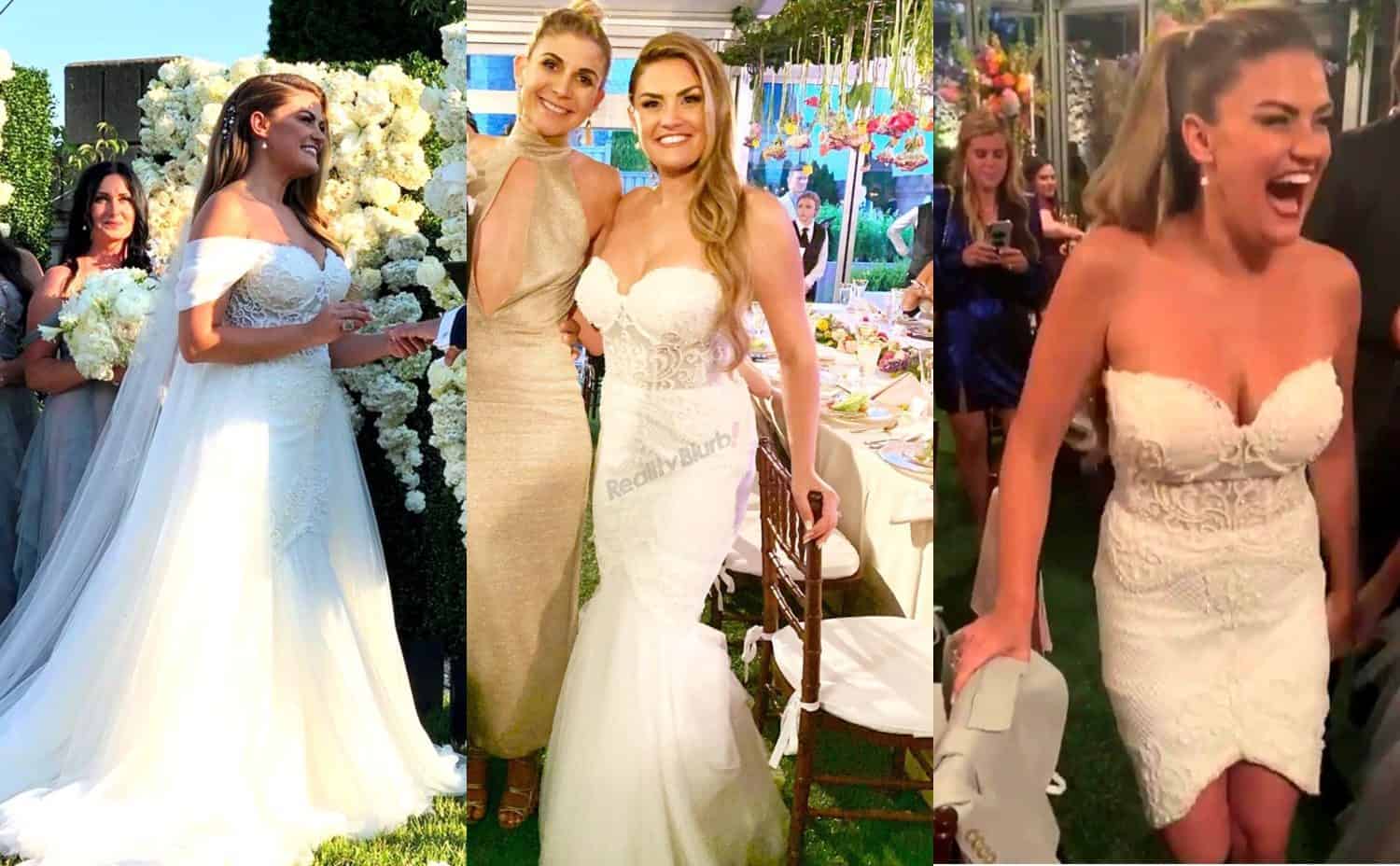 Side by side pictures of Brittany Cartwright’s different styles from her 3 in 1 wedding dress! 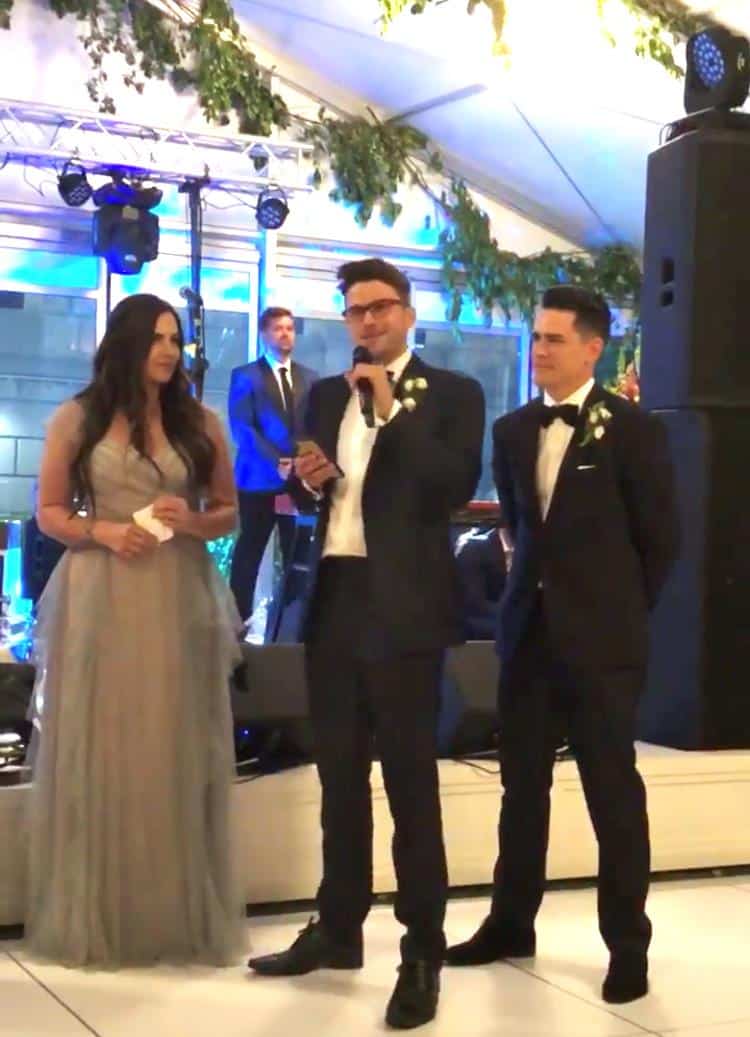 UPDATE #3 – It appears Brittany, a former Hooters girl, had the restaurant chain cater part of her reception.

Had a great time attending my KY Derby pals @brittany and @mrjaxtaylor wedding at The Kentucky Castle. The party went on all night and included Hooters fried pickles and chicken wings 😋 Had fun talking with @lisavanderpump and Ken Todd. Great seeing @tomsandoval1 @Ariana 252525 and @twschwa and the crew again. #congrats #jaxandbrittany #kentuckycastle #kentucky #hooters #friedpickles #summerwedding