Following months of rumors regarding the Pump Rules couple’s potential plans to tie the knot, Brittany took to her Instagram page and revealed that she and Jax are starting off the seventh season of their show with a proposal in Malibu, California.

“Omg omg!!!!!!!! We are ENGAGED! What a way to start our summer and season 7!!” Brittany announced to her fans and followers. “I am so happy, so in love, and so beyond excited for this next chapter of our lives! I can’t wait for all of you to see how he proposed! I am the happiest girl ever right now. Love can win #PumpRules.”’

Jax also shared their engagement photo on his Instagram page.

“She said yes!!! I can’t wait for y’all to see how this happened next season!!!” he teased. “I am marrying the woman of my dreams and I could not be happier!! Make sure y’all tune in season 7 to see how this unfolded. My amazing friend/brother @kcdlovecampaign knocked it out of the park on this ring. I told him a few details but I trusted him and as you can see he came through above and beyond. When I decided to do this he was the only one I wanted to design Brittany’s ring and this is why.. flawless Kyle absolutely flawless. Also thank you Margaret owner of @Neptunesnet for allowing me to make this special day possible at one of our favorite spots to eat in Malibu.”

Following the couple’s announcement, a number of their fellow Bravolebrities weighed in on the exciting news, including Southern Charm stars Craig Conover and Shep Rose.

Although Jax and Brittany went through a number of challenging moments in 2017, including his affair with Faith Stowers and the death of his father, the couple reunited at the end of last year and have been going strong ever since.

Months after their reunion, Brittany explained why she took Jax back after the affair.

On Twitter, Jax has made it clear to his fans and followers that he is dedicated to being a great partner to his now-fiance.

“I am not perfect and I will never be but I am working very hard on myself. I realized later that @BNCartwright is my angel and she makes me want to be a better man.”

As for when and where Jax and Brittany will get married, she opened up about their dream wedding in Kentucky during an interview with Life & Style in November of last year.

“There’s a castle in Kentucky that I’ve always wanted to get married at,” Brittany revealed. “It’s absolutely gorgeous, and I just want that complete fairy-tale wedding.”

“I want a winter wedding,” she added, “with snow on the ground and red roses everywhere.” 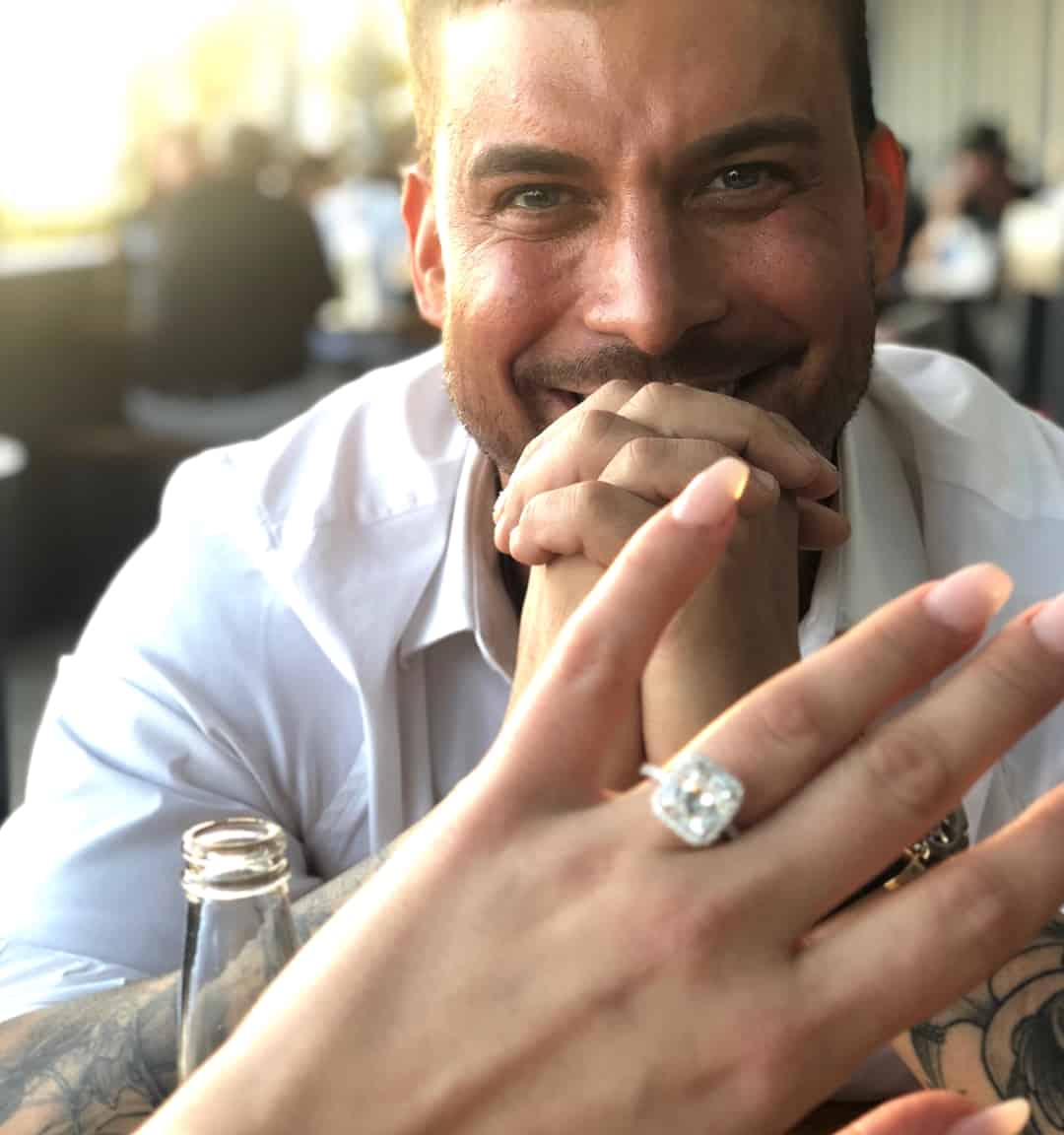 Brittany shows off her engagement ring with new fiance Jax!

TELL US – ARE YOU SURPRISED BY THIS ENGAGEMENT?