by Lindsay Cronin May 24, 2018 28 comments
ShareTweetWhatsappPinterestRedditTumblrMailFlipboard 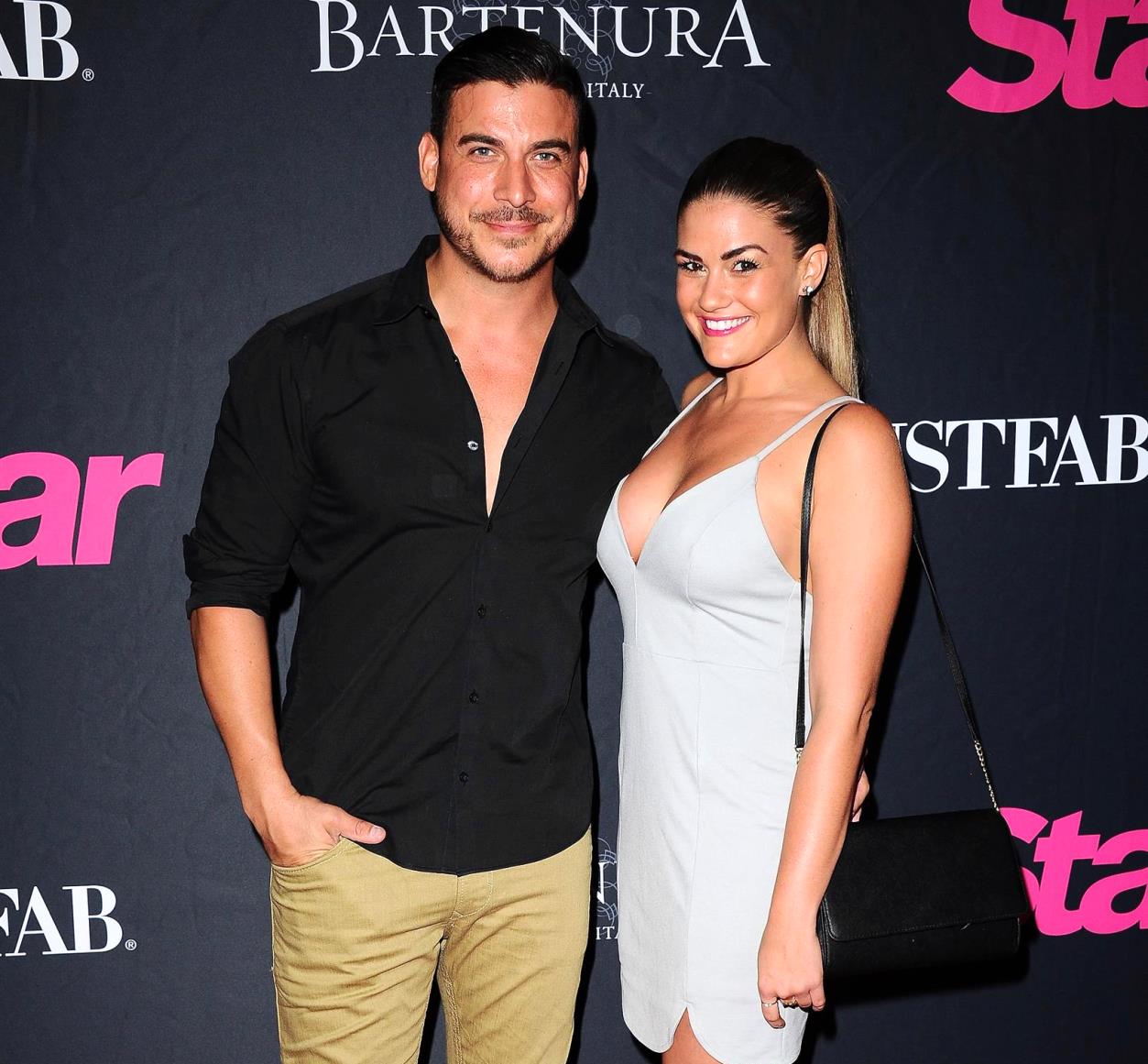 Are Jax Taylor and Brittany Cartwright ready to tie the knot?

The Vanderpump Rules couple is finally addressing recent rumors of an engagement, and also opening up about their potential wedding in Kentucky during a recent interview at the 3rd Annual World Dog Day in West Hollywood, California.

When asked if he has proposed to his girlfriend of three years, Jax told Us Weekly, “I have not.”

In recent months, Brittany has been seen wearing a diamond ring on her engagement finger and even showed off the stunning piece during an appearance on Watch What Happens Live earlier this year. That said, Jax made it clear to Us Weekly that the ring wasn’t an engagement ring, nor does she wear the item exclusively on her ring finger.

“I think she just likes to wear rings on all of her fingers,” he explained.

Although Jax and Brittany haven’t confirmed an engagement, that hasn’t stopped them from considering where they will get married in the future.

“That’s not a surprise!” Brittany added.

And just moments ago, Jax took to his Twitter page to celebrate his 3-year anniversary with Brittany.

Happy 3 years to my soul mate, my queen, my everything. You make me a better man each day… I love you so much, thank you for loving me. ???? pic.twitter.com/ZF12gcTp7i

After completing filming on the sixth season of Vanderpump Rules, Brittany also reflected on her relationship with Jax in a series of posts on Twitter.

It’s so crazy that 3 years ago I met Jax in Vegas. Never would I have imagined my life to be like it is today.We def. have our ups& downs, but today we are happier than ever. I know people are skeptical & think I’m cray for sticking around but I know I did the right thing for me.

Cont… Tonight is part 1 of the reunion & hopefully you guys can see that we have been through a lot, even after the show aired, that has made us stronger & grow as a couple. People can change and love can win. ???? stay tuned guys #PumpRules

During production last year, Jax cheated on Brittany with Faith Stowers but after a three-month breakup at the end of the summer, the couple got back together and is now considering the next step in their relationship.

The third installment of the three-part Vanderpump Rules reunion airs tonight on Bravo TV at 9 p.m.