VIDEO – Watch the Dramatic Vanderpump Rules Reunion Trailer! Plus Brittany Opens Up About 3-Month Breakup With Jax & Why She Thinks He’s a Changed Man

by Lindsay Cronin May 1, 2018 26 comments
ShareTweetWhatsappPinterestRedditTumblrMailFlipboard 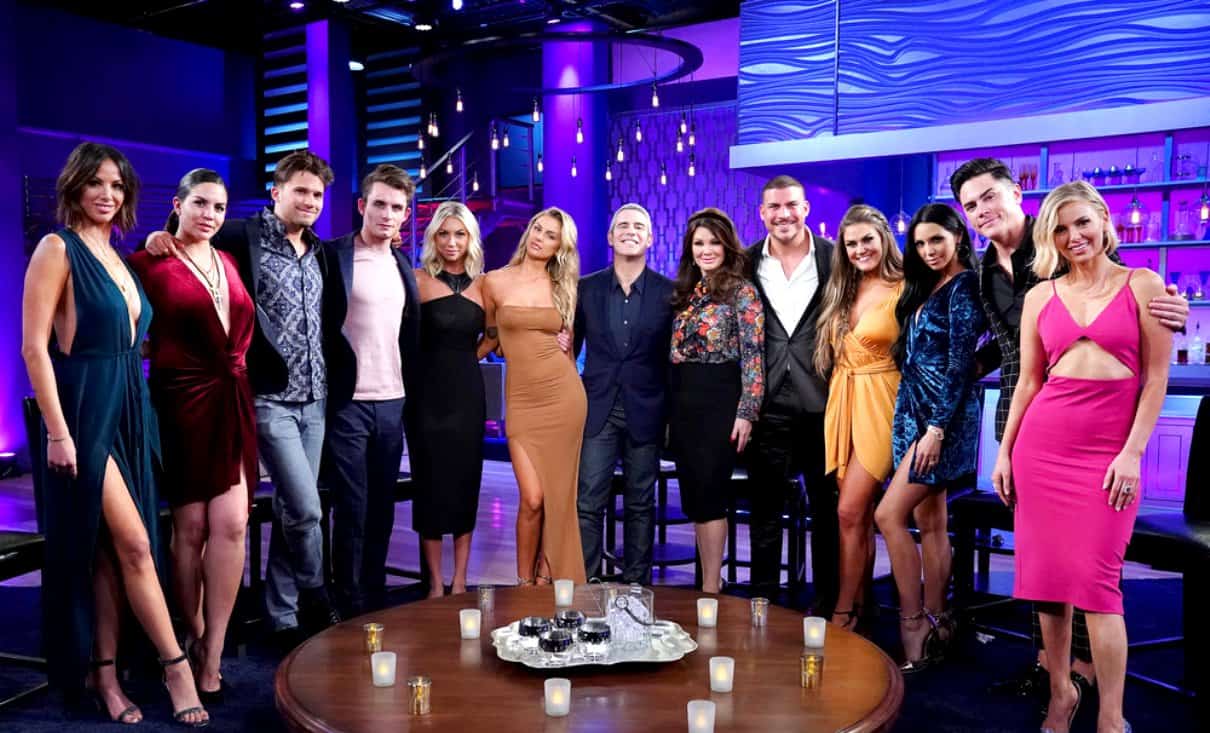 In the video trailer, posted below, we see tears, breakdowns, and walk-offs as the cast reunites to discuss this season’s drama. The three-part reunion kicks-off on Monday, May 7 at 9/8c.

In other Pump Rules news, Brittany Cartwright and Jax Taylor are back together after a very rocky season. And during a new interview, Brittany opened up about her three-month break from Jax and explained how the infamous playboy was able to win her back after cheating on her with Faith Stowers and dumping her months later.

“We are back together now,” she confirmed to E!’s Daily Pop on April 30. “We broke up after that for about three months. We did the back and forth for a little bit, too, but I was really in my zone. I was trying to get over him. I was trying to maybe go on dates with other people. I was taking a bunch of vacations. I was just trying to do my own thing, but he crept his way back into my heart again.”

According to Brittany, it was Jax’s failure to give up on her that ultimately led her to take him back.

“[Jax] was very persistent and just did not give up. I mean, there were times that, sorry to say this Jax, but I would have like 30 missed calls from him. He just wasn’t going to give up on me and I knew that I loved him still,” she explained. “I was trying to act like I didn’t, but in the end, I’m just so glad we are where we are now because we are so much better than we ever have been.”

“Maybe we should have broken up sooner so that we could have gotten to this point sooner,” she joked.

While Brittany admitted to going through some “horrible” things with Jax during Vanderpump Rules season six, she suggested things changed between them at the end of last year after Jax’s father, Ronald Cauchi, tragically died of cancer.

“That was a lot for me to have to get over but then his dad passing and his dad getting really sick, I think that opened Jax’s eyes,” Brittany said.

Ahead of last night’s finale episode, Jax shared a number of posts on Twitter, expressing his relief in the sixth season coming to an end.

Thanks again to all that watch, I know it’s been a rough one, and I lost a lot of you but we all have our ups and downs in life and it’s unfortunate you don’t see it all. I am blessed enough to have the most amazing lady in my life along with great friends. pic.twitter.com/inedvcp6KT

Brittany also shared that Jax will be seen opening up about his father’s passing during next week’s Vanderpump Rules reunion special.

“He talks about that a lot at the reunion. It’s really emotional. It’s a sad thing,” she said.

As for the rest of the cast, Brittany said the reunion had no shortage of drama.

“[There’s] a bunch of walk-offs. Everybody’s getting upset and walking off,” she revealed. “I don’t. I keep it cool, but there’s a lot of people getting up and storming off this season.”