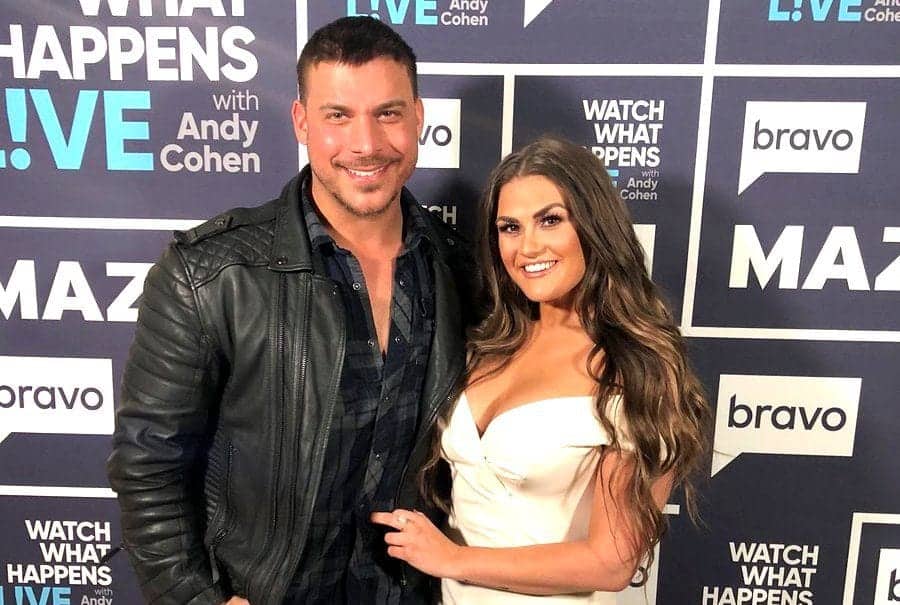 The biggest story-line of this season on Vanderpump Rules is arguably the cheating scandal involving Jax Taylor and Faith Stowers. And while Faith has been busy doing numerous interviews including one where she accuses Brittany Cartwright of bullying her, Brittany has remained mostly silent on the issue.

Well that is until now as Brittany is opening up about the “embarrassing” actions of her boyfriend Jax in a new interview. She also reveals why it’s been “really hard” to get past the infidelity plus shares the reason she feels Jax is finally “changing.”

In an interview with Bustle, Brittany, 29, confesses it’s been difficult for her to fully forgive and forget when it comes to Jax’s cheating.

“It’s really hard to re-live it because we’re trying so hard to get past [the cheating],” says Brittany.  “Just having to go through it all, and have everybody know… it’s just really embarrassing. It’s hard to forget about it when people are talking to you about it every single day. It just makes it tough.”

We reported a while back that the season premiere, during which Faith told James about her fling with Jax, was actually filmed in May 2017, meaning Brittany has been dealing with this for over 8 months now.

Brittany admits time has yet to heal all wounds, but she still believes Jax, 38, is finally changing following the cheating fiasco and the recent passing of his dad.

“I’m just trying to be beside him, and I think that all of this hard stuff we’ve had to go through has made us so much stronger,” reveals Brittany. “It’s really changing him and he just wants to make his dad proud and his family proud. I really see a change in him. It’s good.”

While MANY fans of the show and even Brittany’s Pump Rules castmates urged her to dump Jax, Brittany reveals she ultimately chose to follow her heart.

As for what the future holds, Brittany believes she will eventually start a family with Jax… away from the show.

“Eventually, we will move out of L.A. When we have a family and stuff, I would rather be in Kentucky or like, Florida, something like that. His mom is in Florida and it’s easy for my family to get there. Somewhere where we have a backyard!” she adds.

Good luck with that Brittany!

TELL US – DO YOU BELIEVE JAX IS CAPABLE OF CHANGING?