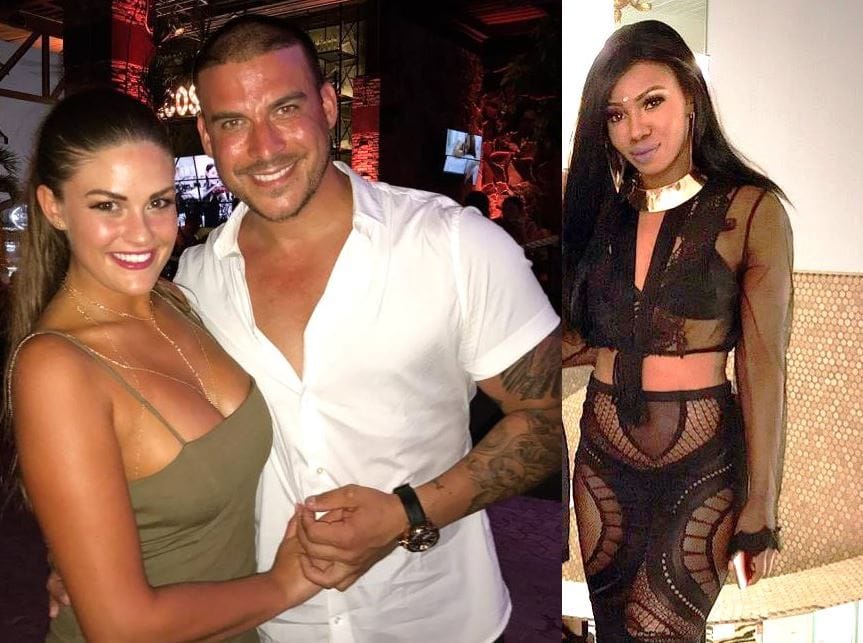 Yes, this is the same Faith who hooked up with Brittany’s boyfriend Jax Taylor. But there’s more as Faith is now claiming she didn’t know Jax and Brittany were still together when their fling happened. For reals! She is also opening up about that now infamous secret recording of Jax.

In an interview with Radar Online, Faith accuses Brittany and Scheana Marie of bullying and harassing her once they found out what happened with Jax.

“Brittany and Scheana would harass me,” said Faith. “I knew I would have to deal with backlash, but I didn’t expect them to do things like that. They would call me from different numbers and they would try to harass me.”

Faith says majority of the harassment happened off camera.

“The calls were just Brittany screaming ‘You’re a side chick, you’re a sl*t.’ They ganged up on me. I didn’t appreciate them ganging up on me,” she revealed. “It has been pretty evil. Brittany got a little gangster. She turned into Lala [Kent]. Calling me a stupid h*, side chick.”

Faith, who claims Jax told her he had broken up with Brittany before they hooked up, then opened up about the secret audio recording of Jax. You know, the one she secretly recorded after they slept together.

First she insists she never intended for the recording to get out.  “If I wanted it to come out I would have filmed,” she stated, before going into more details about what Jax said on the tape.

“On the recording Jax told me he doesn’t want to marry her. He loves her, he always loves her but sexually and physically it wasn’t going anywhere. He said he felt pressured by her family. He was bored in the situation and he felt trapped,” shared Faith.

“After it happened he told me he was really excited about how it went. It was the best he ever had. He was saying he really needed this and how he couldn’t wait to get away from Brittany and he blamed Katie [Maloney] for a lot of their problems,” continued Faith. “He said ‘Katie, this b***h, lives down the hall.’ She’s always getting involved in what they’re doing. Katie is always in her ear telling her what to do.”

She closes out the interview by voicing her concern for Brittany. How sweet of her!

“When Jax looked me into my face and lied, I was shocked. Wow he’s great. He deserves an Oscar,” said Faith.  “Now all of a sudden, he can’t wait to marry her? This is literally like a horror film. I’m nervous for her.”

TELL US – WHAT ARE YOUR THOUGHTS ON FAITH’S INTERVIEW? BUYING WHAT SHE’S SELLING?