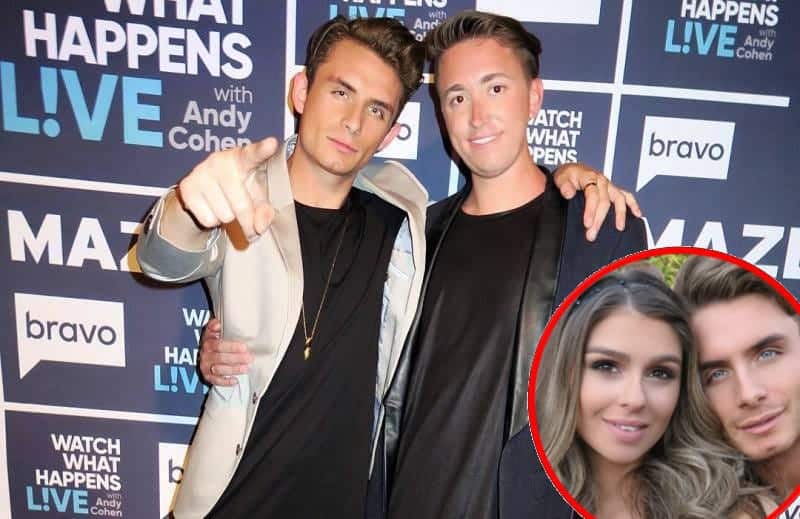 Bromance or romance?! That is the million dollar question when it comes to James Kennedy’s cheeky relationship with his male BFF Logan Noh.

Viewers of Vanderpump Rules were left scratching their heads this week as the latest episode showed a very close kinship between the two pals. So close that even James’ girlfriend Raquel Leviss looked visibly uncomfortable, and his costars were questioning his sexuality.

So what is the deal with James and Logan? Well James is now addressing those gay rumors while also sharing the status of his relationship with Raquel.

A screenshot of that exchange is below – 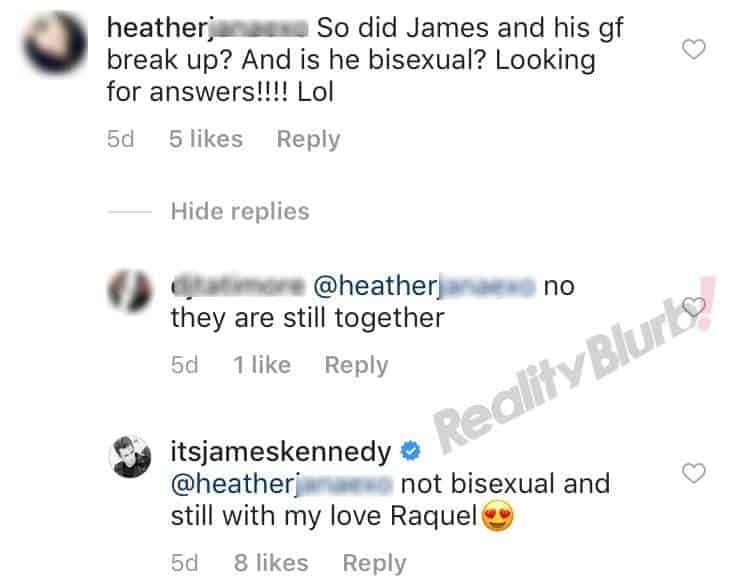 The rumors will also be addressed on the show next week as Jax Taylor tells James that Logan is going around telling people that he is hooking up with James.

Additionally, Faith Stowers, who used to be very good friends with both James and Logan, has been giving interviews in which she strongly implies the guys are more than just friends.

The next episode of Vanderpump Rules airs Monday night on Bravo at 9/8c. A preview clip is below.

TELL US – THOUGHTS ON JAMES’ RESPONSE & HIS RELATIONSHIP WITH LOGAN?