Jax Taylor Hints Tom Sandoval May Not Be His Best Man Anymore as He and Brittany Cartwright Talk Vanderpump Rules Reunion Drama, Plus Where Does Jax Stand With His Mom Today?

by Lindsay Cronin May 22, 2019 49 comments
ShareTweetWhatsappPinterestRedditTumblrMailFlipboard 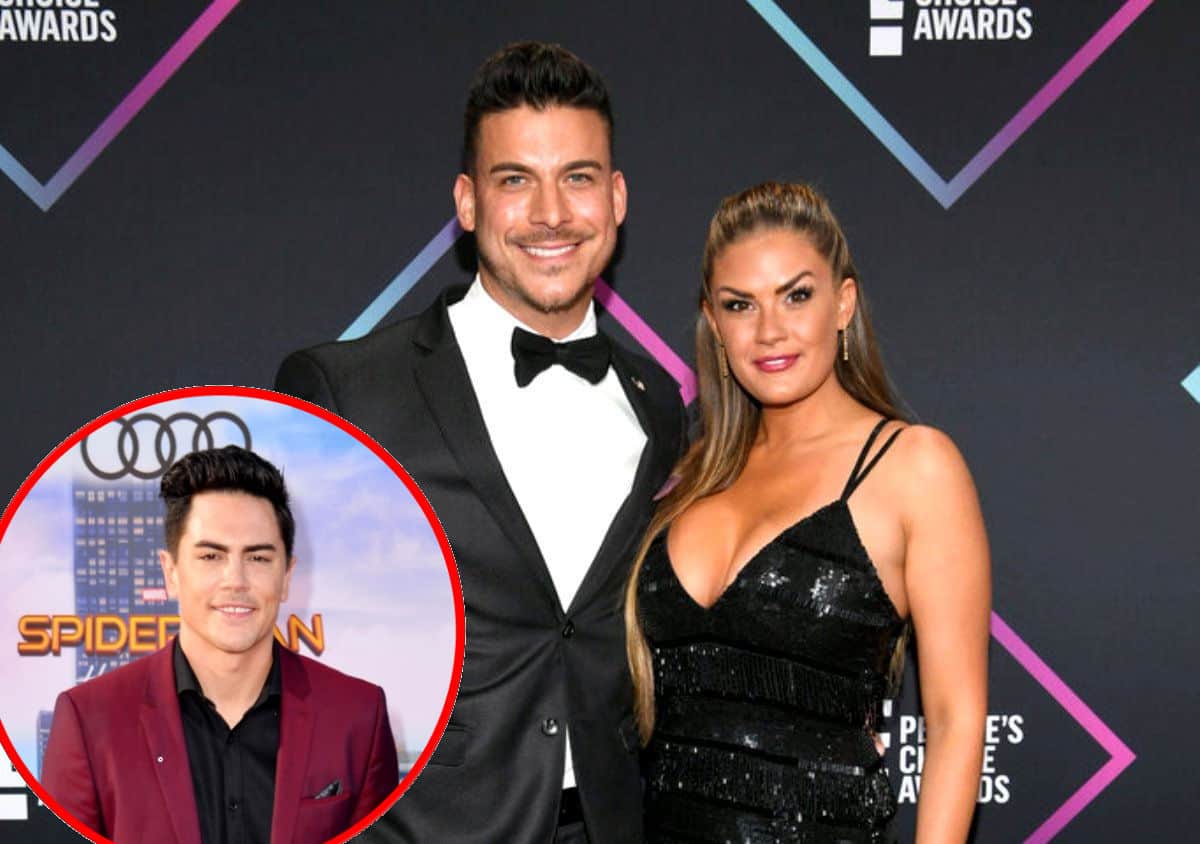 Jax Taylor and Brittany Cartwright opened up about the drama they experienced at the Vanderpump Rules reunion during a recent interview.

While attending the 4th Annual World Dog Day celebration this weekend in West Hollywood, California, the couple addressed their feud with James Kennedy before dishing on Tom Sandoval‘s role in their wedding and Jax’s current relationship with his mom, Marie Cauchi.

“You know, you get into these reunions and you haven’t seen people in a long time,” Jax told Entertainment Tonight. “You’ve got a lot of pent up aggression and sometimes you say things you don’t mean. Sometimes you say what you do mean. I apologized. It is what it is.”

According to Jax, his outburst against James was prompted by a tweet James shared and deleted about his late father, Ronald Cauchi, which suggested Jax should simply “get over” the death of his dad.

“Anytime someone mentions my father, good or bad, I get emotional and I see red,” Jax explained. “So, that’s just gonna be like that for a while, even if you’re my friend or if you’re my enemy, it’s just going to be that way.”

Although Brittany said she and Jax were able to be cordial with James and his girlfriend, Raquel Leviss, who were also in attendance at World Dog Day, Brittany admitted James brought out a very different side of her after suggesting she and her family were “hillbillies” at the reunion.

“I’m mad that I let him get under my skin because I normally can keep my cool and keep my calm,” she shared, adding that whenever someone talks about her family, her “claws come out.”

“That’s when the redneck does come out. I don’t even care,” she added.

Also during the reunion, Jax and Brittany went head-to-head with Tom before Jax was heard saying he would no longer be serving as the best man at their upcoming wedding.

“We’ll talk about it. We’re gonna talk about it. Of course, he’s in my wedding, he’s one of my best friends. I love him to death,” Jax said when asked if Tom had regained his title of best man.

As for his relationship with his mom, Jax hinted she would not be in attendance when he and Brittany say “I do.”