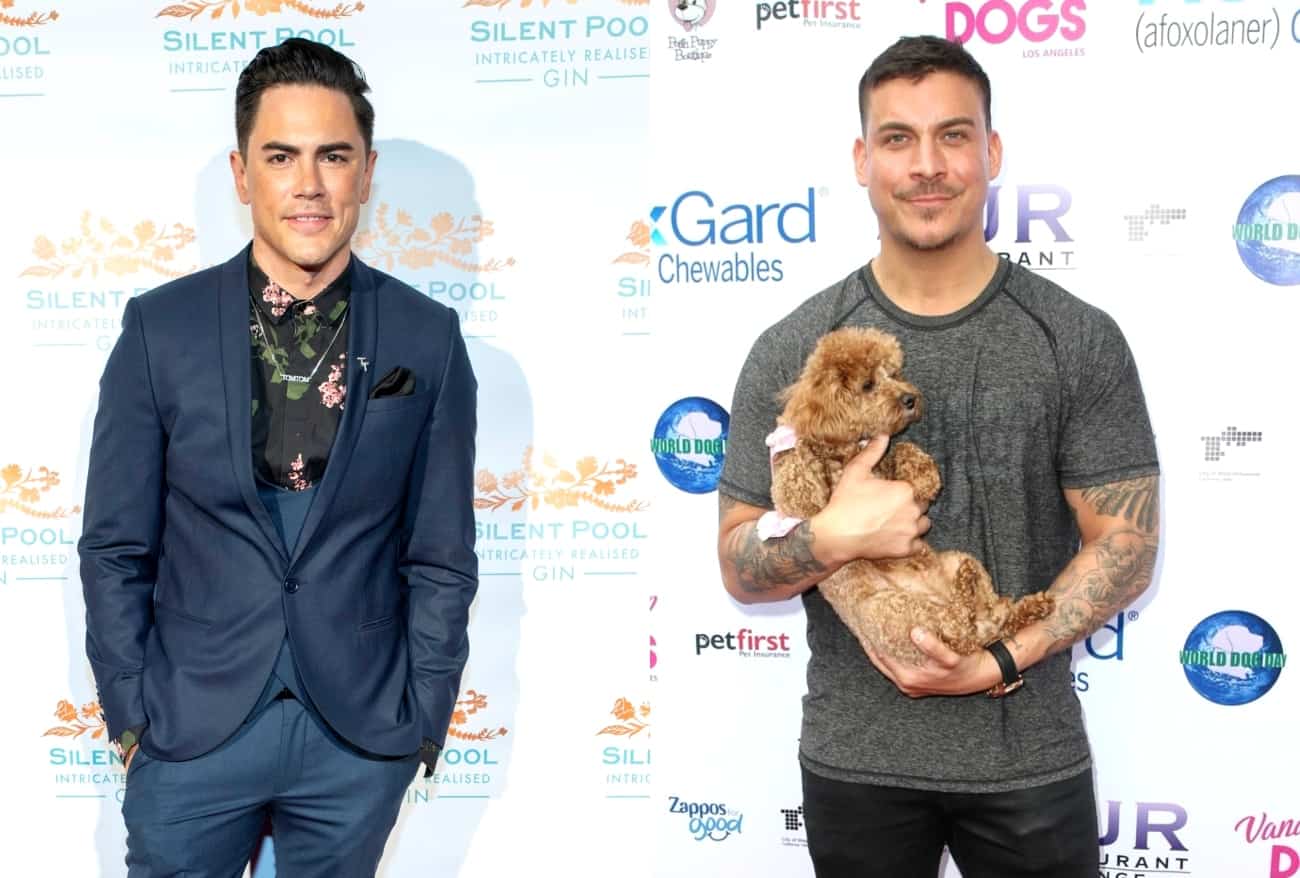 Will Tom Sandoval serve as the best man at Jax Taylor and Brittany Cartwright‘s wedding next month?

Ahead of the Vanderpump Rules couple’s June nuptials in Kentucky, Tom confirmed whether or not he lost his best man status after defending James Kennedy against Jax and Brittany during the season 7 reunion and skipping Jax’s recent bachelor party.

As fans may have seen, Stassi Schroeder fueled rumors regarding Tom possibly getting axed as Jax’s best man while appearing on Watch What Happens Live in April. On the show, Stassi told host Andy Cohen that Tom may no longer be featured in the highly-regarded position at the upcoming wedding.

While attending the Daytime Emmy Awards last week, Tom spoke to Us Weekly and confirmed he and Tom Schwartz are still Jax’s co-best men.

“I feel pretty dirty about it,” he admitted. “I lost a little bit of my soul that day. Compared to other reunions this one is up there.”

Although Tom skipped Jax’s bachelor party last week in lieu of a baseball game in St. Louis, he is currently planning a second bachelor party with Lala Kent‘s fiancé, Randall Emmett, in Miami.

“I want it to be calmer, but my friends are degenerates, so it’s going to be crazy. Tom has kind of taken a backseat on it and Randall has kind of taken over,” Jax revealed to The Daily Dish podcast last month. “I don’t know if you know Randall; he’s very crazy: ‘Jax, we’re getting a yacht; we’re doing this; we’re getting this club; we’re going to be here; we’re going to this strip club,’ and I’m like, ‘OK, I guess you’re taking over.'”

The second part of the three-part Vanderpump Rules season seven reunion airs tonight, May 13 at 9 p.m. on Bravo TV.