VIDEO: Watch the Intense Vanderpump Rules Season 7 Reunion Trailer! Jax Taylor and James Kennedy Have to Be Separated by Andy 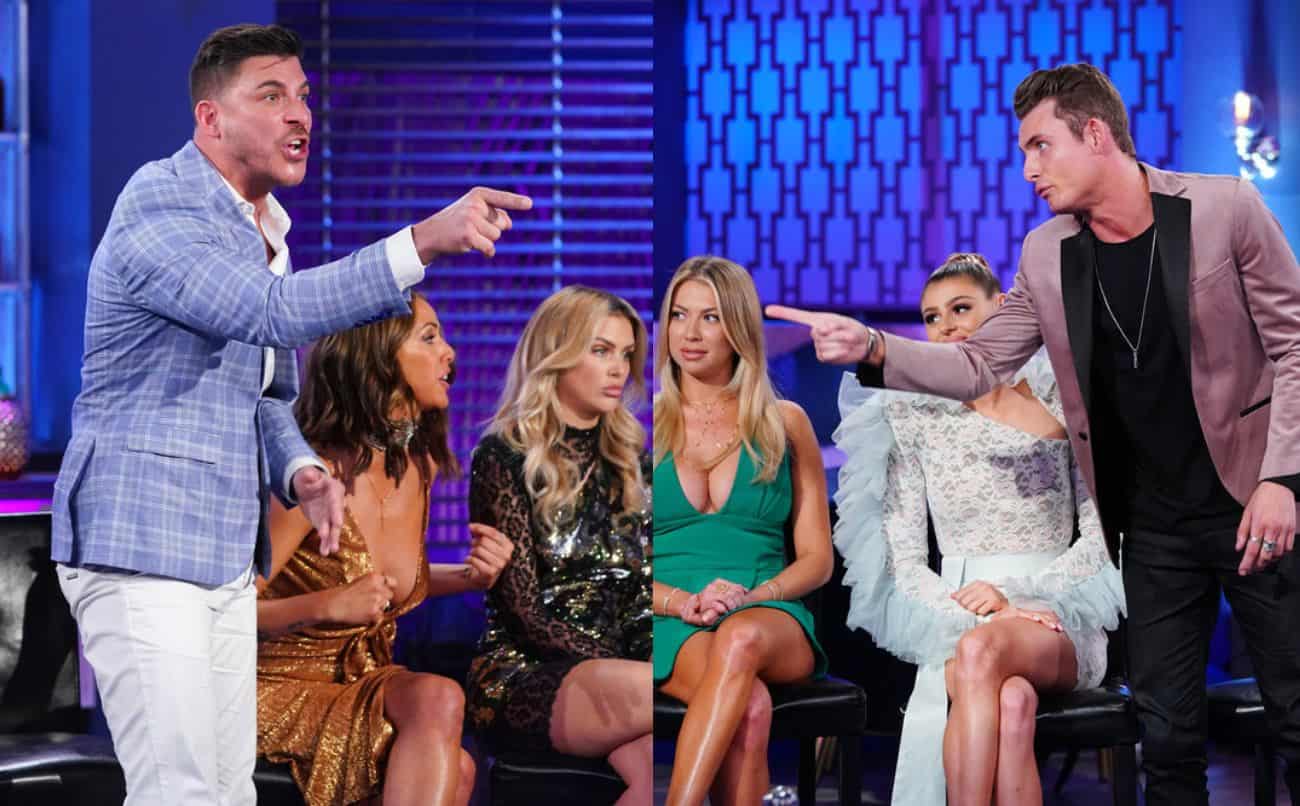 The Vanderpump Rules season seven reunion trailer has just been released and in the clip, a number of shocking moments can be seen.

In addition to Brittany Cartwright losing it on Tom Sandoval, along with several other members of the cast, Billie Lee was seen returning to once again accuse her co-stars of excluding her from group events and two male members of the show had to be physically separated.

“You want to talk about your mother? Jax Taylor is heard yelling as the clip begins.

In the beginning of the clip, the cast appears to be at odds over James Kennedy‘s position in the group, and the cast’s thoughts on his girlfriend, Raquel Leviss, who many have labeled “dumb.” And at one point, Tom Schwartz is seen standing up and proclaiming that a certain moment was the one that “broke the camel’s back.”

As the clip continues, tensions arise over comments made off-air about Lala Kent‘s father, Kent Burningham, who passed away last spring just before filming on season seven began.

“What we’re not going to do is have something that was tweeted about my f**king dad! Not going to happen!” Lala yells.

The sneak peek then moves to a dispute between Katie Maloney and Sandoval, who label each other hypocrites.

In addition to Billie making a brief appearance to discuss how she felt about being left out by her co-stars, Raquel was also seen at the taping and spoke of her ongoing feud with Lala.

“Just because you have a vagina doesn’t mean I’m going to support you,” Lala explains after Raquel admits she doesn’t feel supported by the self-proclaimed feminist.

As for which co-stars had to be separated to prevent violence, that would be Jax and James, who butted heads over comments James made about Jax’s late father, Ronald Cauchi, who died of cancer in December 2017.

“I’m not talking about your f**king dad, Jax,” James replies as host Andy Cohen steps in between the two men.

Although the two men are ultimately separated, Jax continues to taunt his co-star by taking aim at Raquel.

“Dude your stupid f**king girlfriend is useless!” he yells.

The three-part Vanderpump Rules season seven reunion will begin airing on Monday, May 6 at 9 p.m. on Bravo TV.