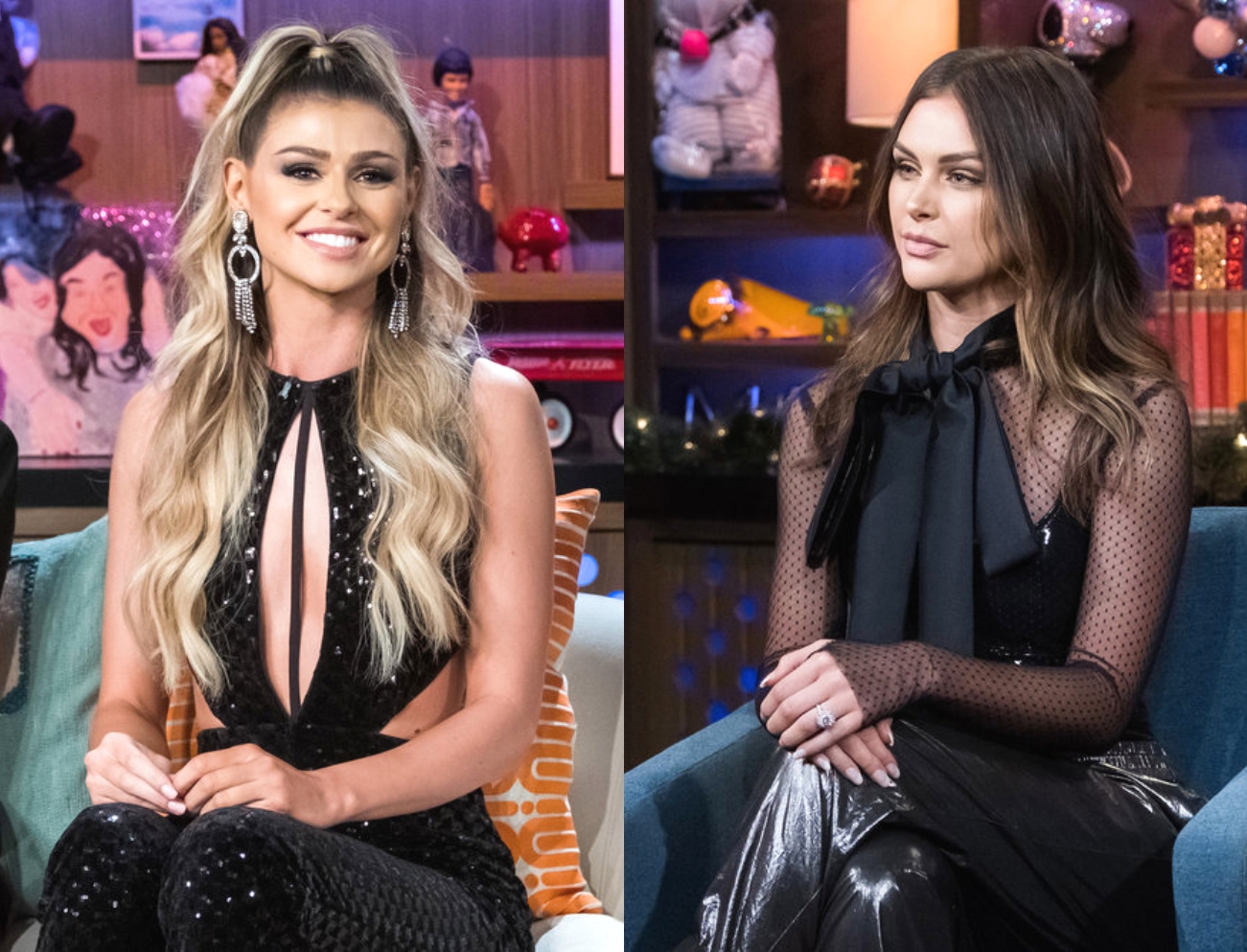 Raquel Leviss is speaking out about her ongoing feud with Lala Kent.

After the two women were involved in a screaming match at SUR Restaurant during Monday night’s episode of Vanderpump Rules, after which Lala told Brittany Cartwright she was “better” than Raquel and her boyfriend, James Kennedy, Raquel took to her Instagram page to reflect on the drama and insist that she never made any ill statements regarding Lala’s late father, Kent Burningham.

“Do I think Lala hasn’t been in her right mind and has been treating people extremely disrespectfully lately? Yes. Do I think the passing of her father should excuse her actions? Absolutely not. There is no excuse for purposefully making someone feel inferior to someone else and having no remorse for it. Especially when justifying your actions to someone else but not to the person you’re affecting,” Raquel wrote.

“ALSO, so proud of the way [James] handled himself during this situation,” she continued. “Even when I wanted you to get furious with me you remained composed and truly proved your self control.”

Lala also spoke out after their feud and during an appearance on the Vanderpump Rules: After Show, she addressed her statement about being “above” and “better than” Raquel and James.