by Lindsay Cronin May 7, 2019 134 comments
ShareTweetWhatsappPinterestRedditTumblrMailFlipboard 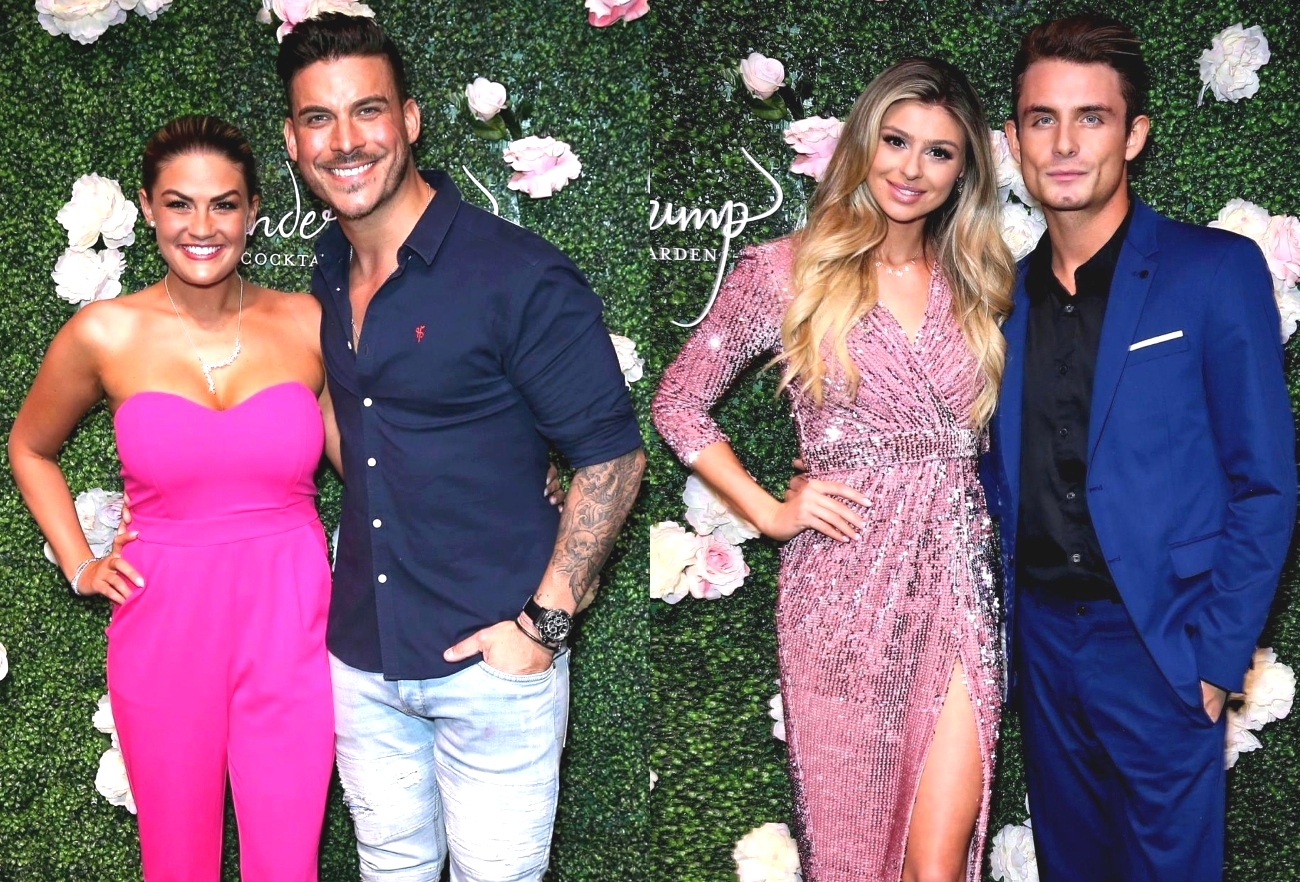 As Brittany Cartwright took to Twitter to defend her aggression towards James during the show, a fan page shared screenshots of the page that was claiming to be James’ girlfriend, Raquel Leviss, and accusing the DJ of cheating on her with other men.

“This was the account in question that Jax ‘allegedly’ made,” the Two Judgey girls wrote on Instagram on Monday night, along with several screenshots of the posts shared by the phony page.

In addition to the account sharing a photo of James with a number of other men, including his former friend Logan Noh, the page claiming to be Raquel slammed James as “disgusting.”

Although Jax denied having set up the account, Ariana Madix backed up James’ claims by confirming during the reunion that Jax’s cell phone number was connected to it. That said, he still insists that he had nothing to do with the fake posts, and claimed someone must have created the account after getting his number from a list at SUR.

Jax is doing a live IG video right now and denied making the twitter account. He said all their phone numbers are posted in the back of SUR and anyone could have taken his number.

Following the drama between Jax and James, which is expected to continue during next week’s episode, Brittany took to Twitter to respond to some backlash from viewers and to defend herself against a fan who suggested James was being held to a double standard by her and the rest of the cast.

“I’m just so confused why it’s okay for Jax and everyone to call Raquel names but not okay for James to call you? You all behaved appalling,” the fan wrote. “James rap was mean, but not as mean as what Jax did to you.”

“Im confused as to why you think the rap is all I’m mad about,” Brittany replied. “I got over that a long time ago. He sat across from me body shaming me and talking crap about my family so for the first time in 4 years I took up for myself. I have never disrespected either one of them.” 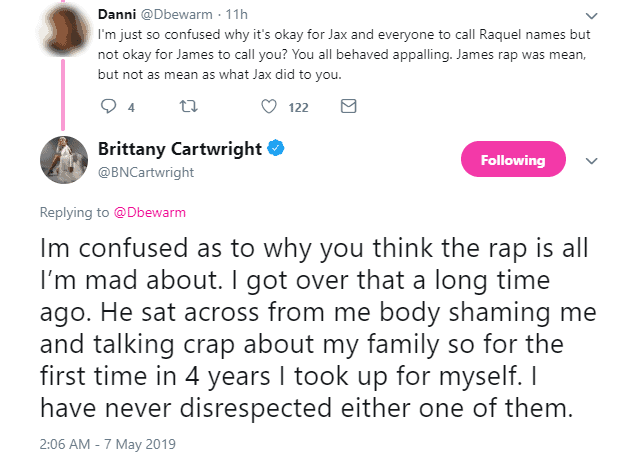 Brittany then revealed that Jax had apologized to Raquel at the reunion but said the scene was edited out.

“And of course they left out the part where Jax apologized to Raquel and where I told him to be a better man than James was acting to me,” Brittany tweeted. “We filmed for 14 hours that day. Emotions are high and you guys only get to see 3 hours of that.” 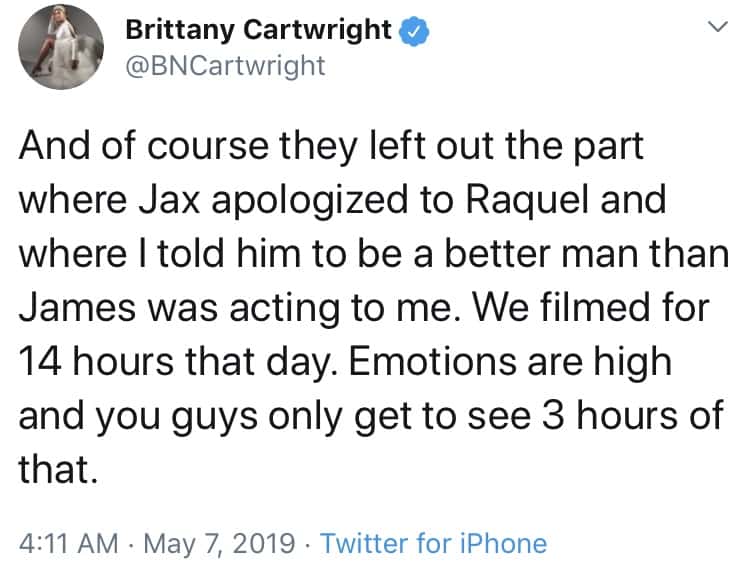