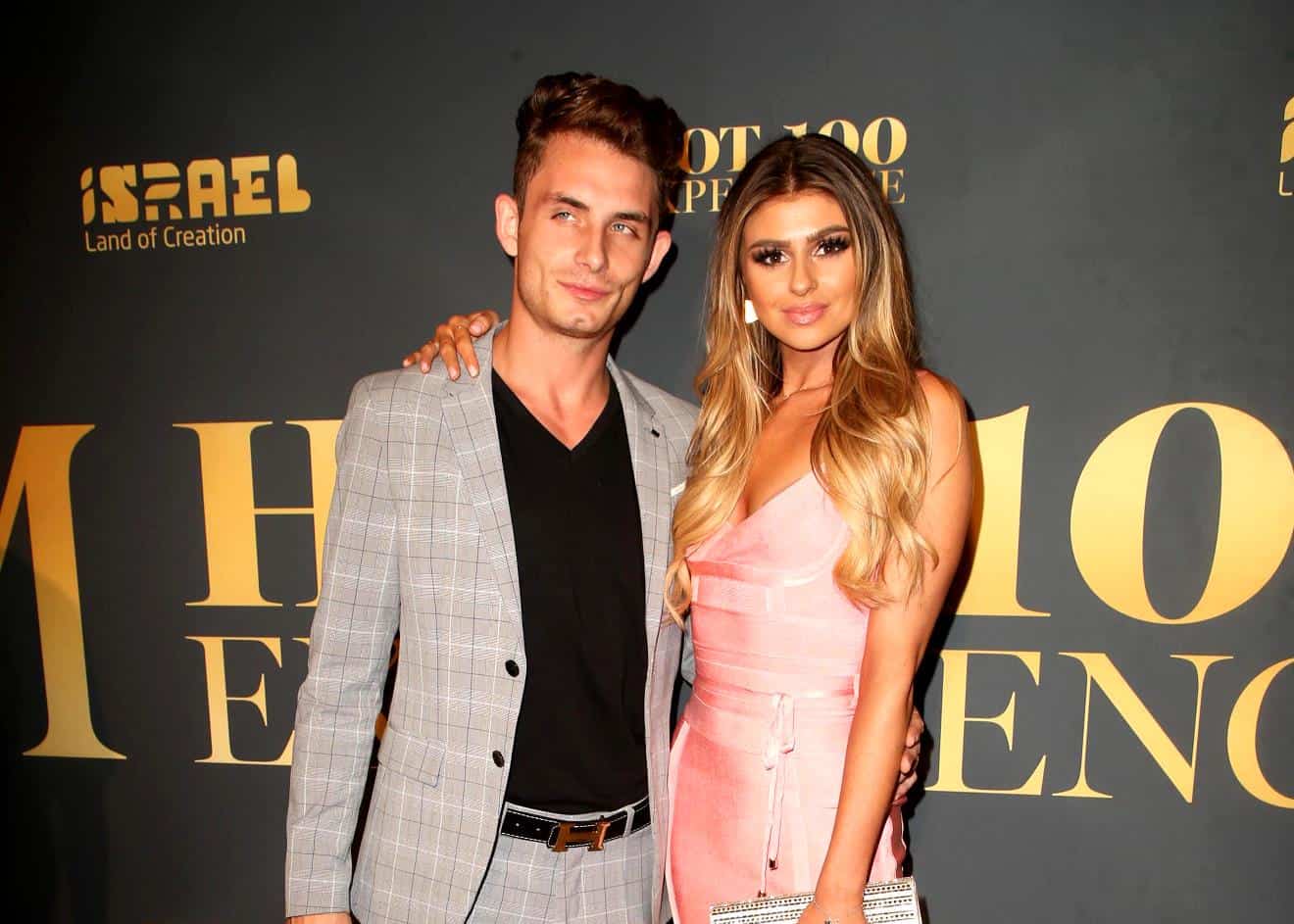 Raquel Leviss is firing back after another report accuses her of staying with boyfriend James Kennedy to remain relevant on Vanderpump Rules.

According to the new report, sources believe Raquel has turned a blind eye to James’ alleged cheating in order to maintain their relationship and stay on the Bravo hit show. Meanwhile, according to Raquel, she believes her boyfriend has been completely faithful to her throughout their years-long romance.

During the premiere episode of Vanderpump Rules season seven, Kristen Doute and a woman named Hope “ambushed” Raquel at SUR Restaurant and claimed Hope had been sleeping with James for years.

“Raquel knows all the rumors about her boyfriend James cheating on her are absolutely true,” an insider revealed to Hollywood Life. “Once they officially started dating, the only time they actually saw each other last year during the time Raquel was up north in school, was the one instance when they filmed for Vanderpump Rules.”

“While Raquel was away at school all year, James cheated on her with multiple women because he knew he could get away with it,” the insider added.

However, according to Raquel, she was in close contact with James during the time she was studying at Sonoma State University.

“Even though James and I have just recently moved in together, we FaceTimed every morning and every night while I was earning my degree in Kinesiology during our long distance relationship,” she explained.

“I know James hasn’t cheated on me in the way the girls related to Vanderpump Rules claim to say,” Raquel continued. “I also have to be suspicious when Kristen Doute’s [sole] purpose is to ruin James Kennedy’s life and doesn’t even try to hide it. Then out of nowhere appears Kristen’s little sidekick, Hope, who waited conveniently to confess at pride. At this point, I don’t trust anybody but James.”

Although source claimed Raquel knows about James’ alleged cheating and chooses to ignore it, they also suggested the model would prefer if the DJ could remain faithful.

“Of course, Raquel would love for James to be faithful to her because she does care about him. But she puts on a facade of not believing the stories about James cheating because she wants to continue being in a committed relationship with him,” the source said. “However, Raquel’s reasons for wanting to remain in a devoted relationship is not because she loves James, it’s because she really loves being in front of the camera.”

“Since she was a young girl, Raquel – whose real name is Rachel – has been groomed by her mother to be famous,” the source continued. “It has always been Raquel’s dream to be a celebrity and she made it her mission to become James’ girlfriend by attending all his DJ shows and constantly flirting with him until he finally noticed her.”

In response to the claims of staying with James for fame, Raquel insisted that was not the case.