Home Vanderpump Rules Is This the Real Reason Raquel Leviss Won’t Break Up With James Kennedy Despite Cheating Allegations? Plus More on James’ Future on Vanderpump Rules

Is This the Real Reason Raquel Leviss Won’t Break Up With James Kennedy Despite Cheating Allegations? Plus More on James’ Future on Vanderpump Rules 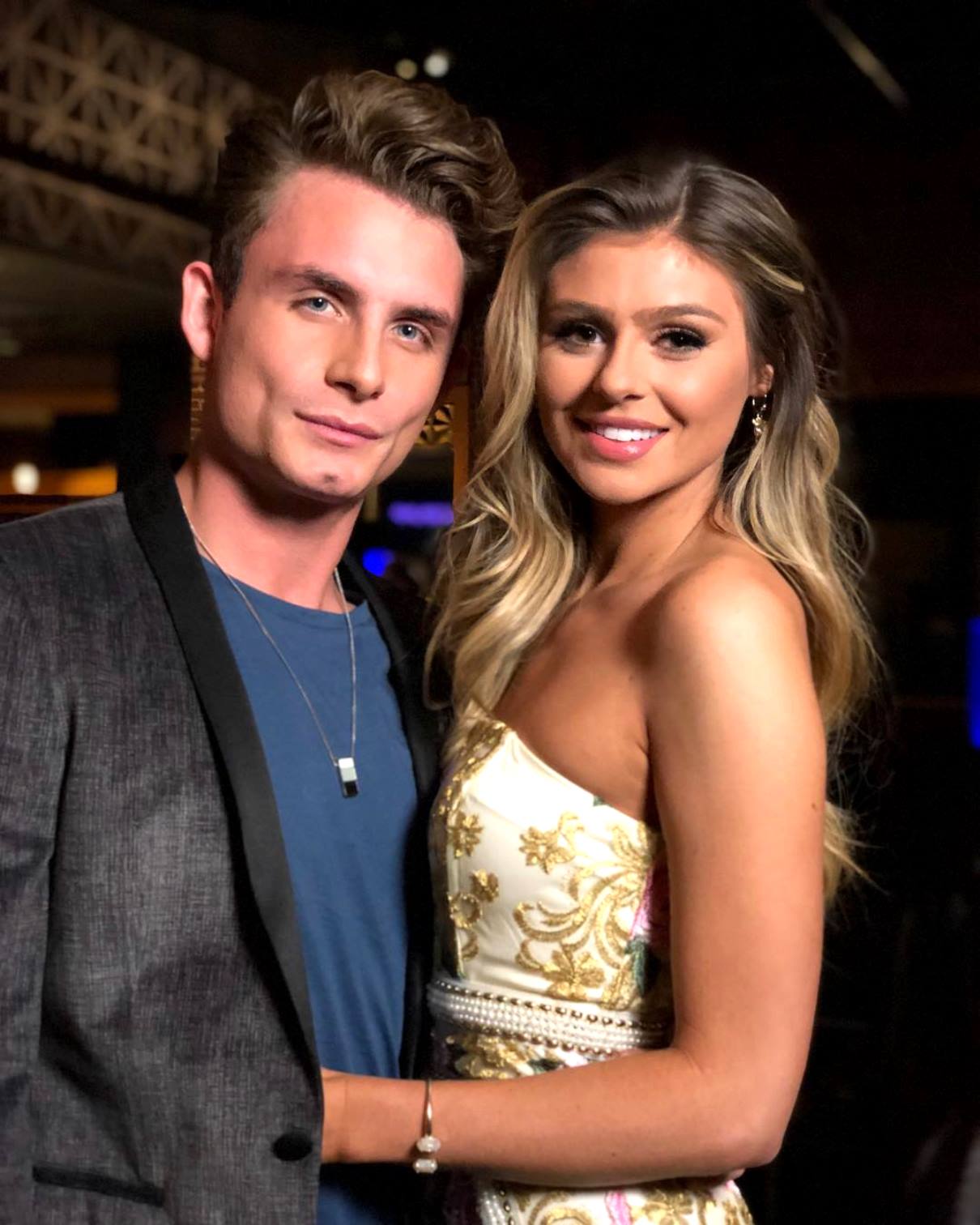 Could James Kennedy be on the verge of leaving Vanderpump Rules for good? More details on that below as a new report also reveals why James’ girlfriend Raquel Leviss is refusing to break up with him despite the mounting cheating allegations against him.

According to a recent report, Raquel, 24, might have ulterior motives when it comes to why she simply refuses to believe James, 26, has cheated on her after multiple people have accused him of doing just that in the past year alone.

“James just keeps Raquel around because she doesn’t question him on anything, so he gets to have his cake and eat it too. He can cheat on her all day and she doesn’t care,” an insider claimed to In Touch Weekly.

That source alleges that the real reason Raquel doesn’t care is because she simply wants to be on television!

“Raquel won’t ever confront James about his cheating because she wants to be on TV and she knows if she ever questions him about anything he will dump her and she will have nothing,” the source added.

As for James, he has continued to deny ever being unfaithful to Raquel.

Meanwhile, following the last episode of Vanderpump Rules, which featured Lisa Vanderpump firing James from SUR Restaurant after learning he had body shamed Katie Maloney, fans are wondering if his role on the show will also come to an end.

“James is very much still involved with Vanderpump Rules and the cast this entire season,” a source revealed to Hollywood Life on December 26.

While Jax Taylor recently claimed he and the rest of the Vanderpump Rules cast were refusing to film scenes with James, the source said Tom Sandoval and Ariana Madix are both still in contact with James, as is Scheana Marie.

“He still is invited to events and what not. You have definitely not seen the last of James at SUR or any of Lisa’s restaurants. He even has been DJ’ing here and there at Pump and SUR since being ‘fired,’” the insider said.

“At the end of the day, Lisa knows she has a show to make, though she really didn’t like his insensitive comments about Katie. Lisa has known James for years as she’s good friends with his parents from back in London. She has a major soft spot for him,” the source continued.

During one of the first episodes of Vanderpump Rules season seven, James lashed out at Katie after learning his girlfriend, Raquel Leviss, had been told he was cheating on her. As he attempted to leave SUR Restaurant during West Hollywood’s Pride Festival, James pointed out that Katie’s short-shorts weren’t flattering.

“The things James said about Katie were a big tipping point as to why most of the cast cut him out of their lives completely,” the source said. “The rest of the cast feels that James’ girlfriend Raquel just wants to be famous so that’s why she’s sticking around throughout all of this.”

Although James may not be a model employee when it comes to his behavior, his DJ’ing events on Tuesdays have been a major hit at SUR Restaurant and Lisa and her management team didn’t seem too keen on the idea of canning him on Sunday.

“James actually works more at Lisa’s restaurants than most of the other cast at this point!” the source added.

TELL US-DO YOU BELIEVE RAQUEL IS STAYING WITH JAMES DUE TO TV FAME?