Home Vanderpump Rules Find Out If James Kennedy Is Still Working at SUR After Being Fired by Lisa Vanderpump, Plus Jax Taylor Claims Cast Is Refusing to Film With Him

Find Out If James Kennedy Is Still Working at SUR After Being Fired by Lisa Vanderpump, Plus Jax Taylor Claims Cast Is Refusing to Film With Him 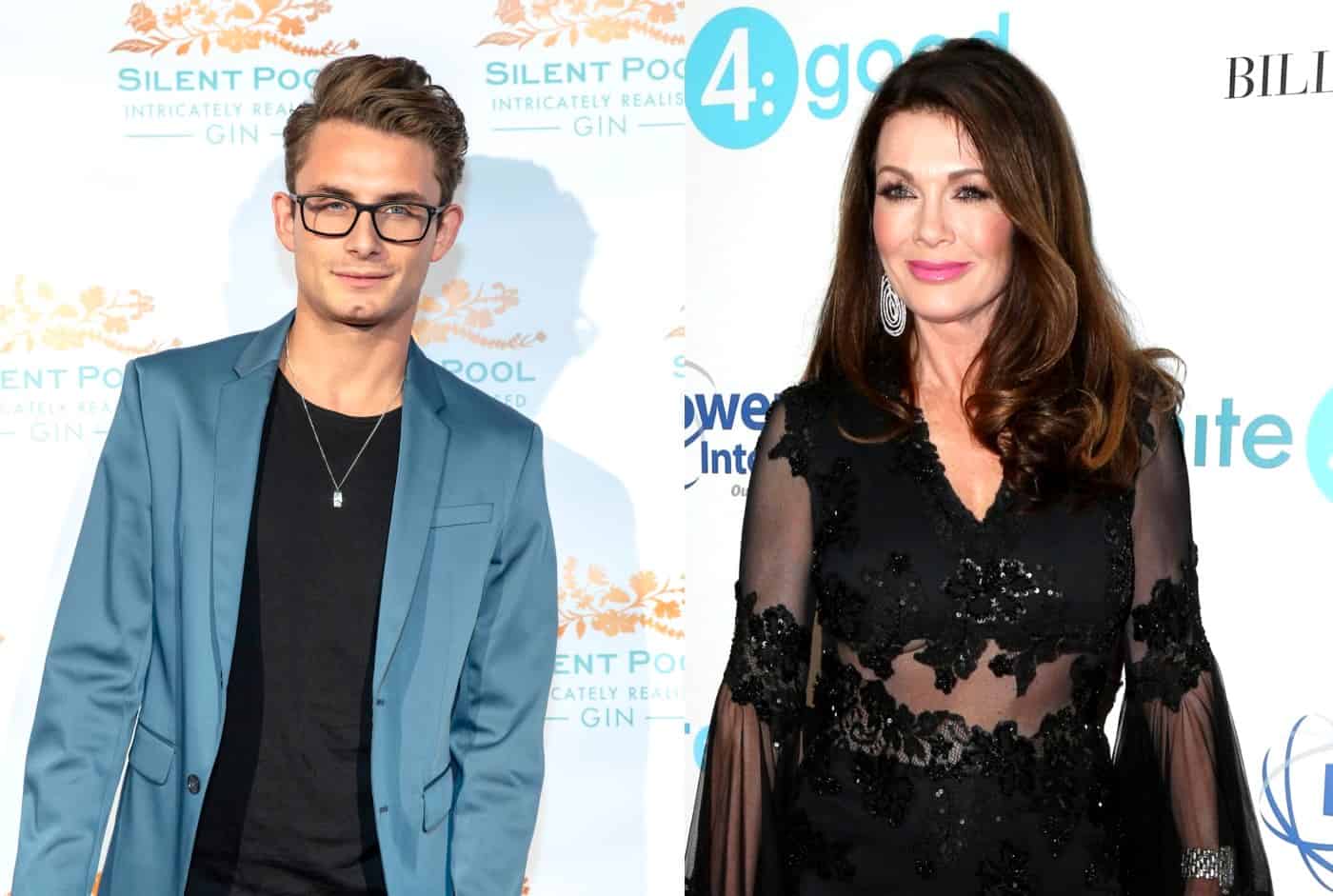 Was the firing of James Kennedy by Lisa Vanderpump on last night’s episode of Vanderpump Rules permanent or just temporary?

Although Lisa appeared sympathetic to Katie Maloney, who said she felt unsafe working around the hot-tempered DJ, there is at least one piece of solid evidence that proves James has returned to work at the Los Angeles restaurant.

“YO! HELLO!! IM DJING AT SUR TODAY AND IM GONNA FREESTYLE MY HEART OUT ? fr tho I’m spinning at 4pm ? come to SUR today,” James tweeted earlier this month, months after his firing scene was filmed for Vanderpump Rules.

It is however currently unknown when Lisa actually allowed James to return to his job at SUR. The SUR pride day event actually took place on June 10, 2018 and we found other posts from James’ Twitter account in which he talks about DJ’ing at SUR during September and October.

In a sneak peek of next week’s show, Lisa is shown arriving to James’ home for a private chat, so it’s possible that’s when she offered him back his job.

While James has clearly been back to SUR since his firing, his co-star and on-again, off-again nemesis, Jax Taylor, recently suggested James hadn’t been back to the restaurant for some time.

Last week, after Bravo TV teased Sunday’s episode, asking fans if it was “over” for James at SUR, Jax replied, “It’s been over.”

Then, when a fan suggested season seven “would be dead without [James],” Jax revealed he and his co-stars were refusing to film alongside him for the show.

“No it wouldn’t. Everyone refuses to film with him, so I don’t see how,” he replied.

No it wouldn’t. Everyone refuses to film with him, so I don’t see how. https://t.co/uL4ohXlS1b

Last month, an insider spoke out in an interview about James’ feud with the cast, explaining that his co-stars were “downright sick” of James’ “non-stop lies” and heavy drinking.

“James gets broken down this season because no one can take another season of him,” a source said to Radar Online. “He is not an honest person, and he gets called out left and right.”

“It’s even worse than before,” the source continued of his drinking. “James is partying hard and the worst part of it all is that he is not admitting that he has a problem.”

Meanwhile, in addition to his success at SUR, James has also been getting a ton of DJ’ing gigs at major clubs and events.