Vanderpump Rules’ James Kennedy Fires Back at Jax Taylor After Jax Calls Him a “Loser” and ‘Broke’ During Ugly Twitter Feud! 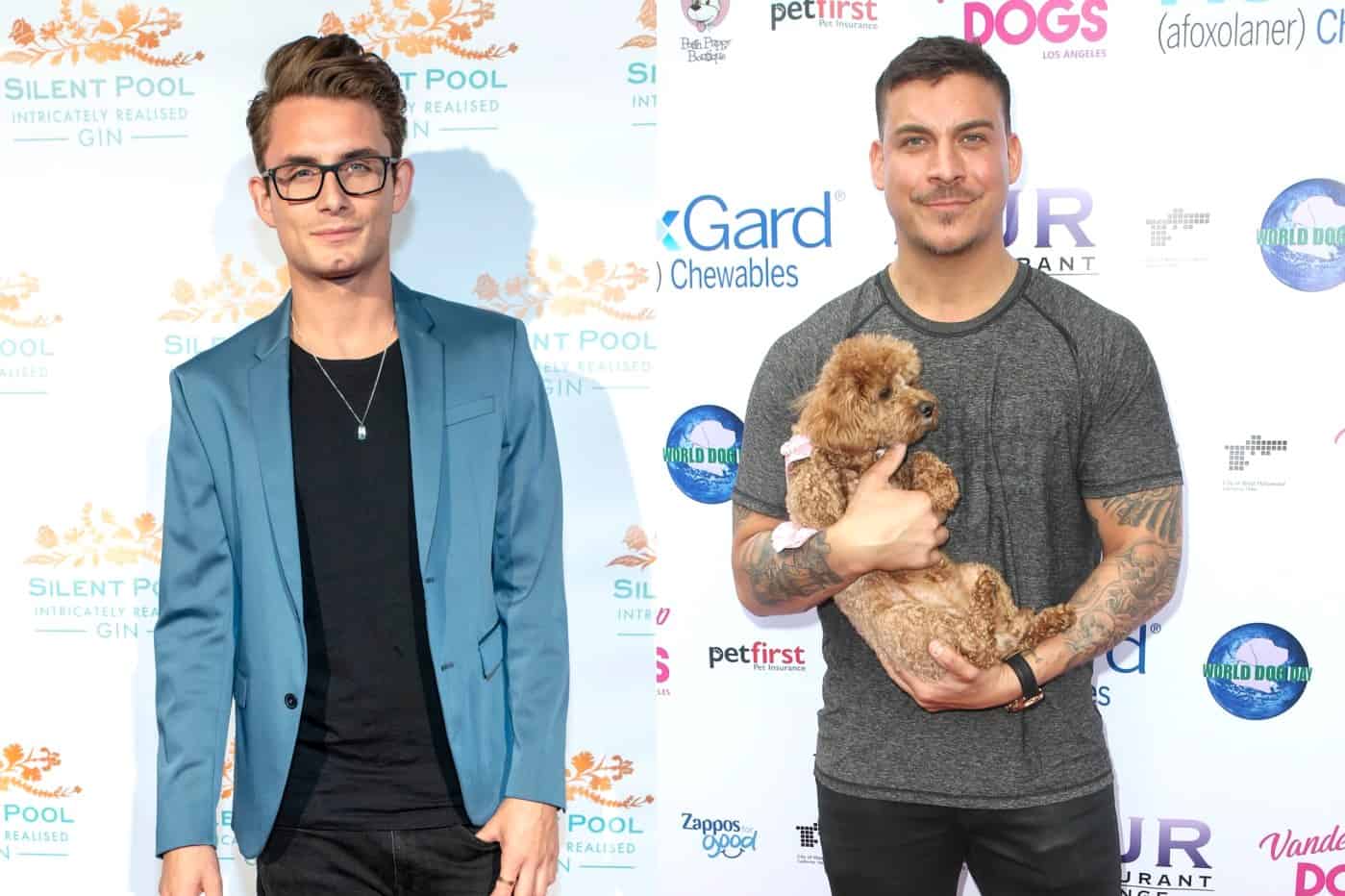 Vanderpump Rules star James Kennedy is firing back at his co-star Jax Taylor after Jax took to Twitter to diss the 26-yr-old DJ.

The Twitter feud between James and Jax started days ago following a series of Tweets by Jax, in which he called James a “loser” and accused him of being broke’ and living off his girlfriend Raquel Leviss.

First, Jax made an odd tweet in which he claimed James was unable to adopt a dog during a recent Vanderpump Dogs charity gala hosted by their boss Lisa Vanderpump.

“Funniest thing ever last night, when James and Raquel tried to adopt a dog last night and they wouldn’t let them… I just about died.. how embarrassing,” tweeted Jax on November 16.

Jax didn’t end there as he also accused James of being broke and living off girlfriend Raquel’s father.

“He doesn’t have a dime to his name, lives off his gf father, and pawns his clueless girlfriend to come to my table and get drinks from me.. but then will say, Jax is old, dude your reckless pattern in life is old. Get a job stop mooching off of people,” wrote Jax.

Jax, who has claimed in recent months that he has turned over a new leaf, following his engagement to Brittany Cartwright, also went on to call James a “loser.”

“The only thing he ever says to me, you’re old.. He’s the most basic child I have ever seen. You will see what a loser he is this season,” wrote Jax.

When fans brought Jax’s tweets to James’ attention, he quickly fired back at the 39-yr-old bartender, while denying he was ever turned away from adopting a dog.

“They would and we can if we wanted I don’t know what this old man is talking about – tell him to stop losing his hair,” wrote James on November 18. 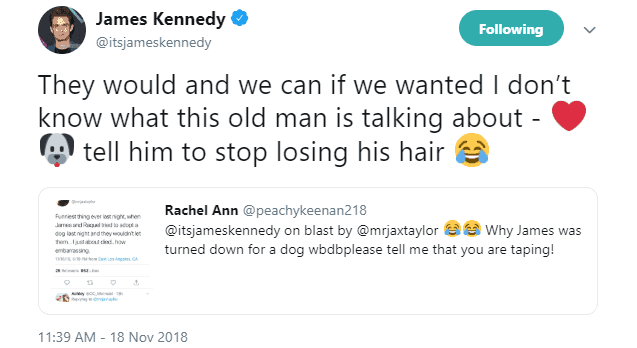 When a fan questioned Jax on whether or not the dog adoption denial really took place, Jax insisted it did!

Jax wrote, “Umm no, I was standing right in front of stage, they saw that it was Raquel and James and they said no and gave it to the next bidder.. the fact the you live in a home unfit for a dog should be a sign you have issues. But that’s just me. The kid didn’t have 10 bucks to his name.”

The feud between Jax and James was reignited earlier this year after James reportedly humiliated Brittany by rapping about Jax’s infidelity in front of Brittany and other customers at the SUR restaurant. Jax stated back then that Brittany ran out of the restaurant in tears. James apologized to Jax shortly after, but Jax refused to accept his apology.

This incident took place just as filming was about to begin on season 7. In fact, during an interview from earlier this week,  Scheana Marie admitted that James will have the toughest time on the upcoming season, as James also admitted to having “lots of drama” with his castmates.

The new season of Vanderpump Rules premieres Monday, December 3 at 9 p.m. on Bravo.