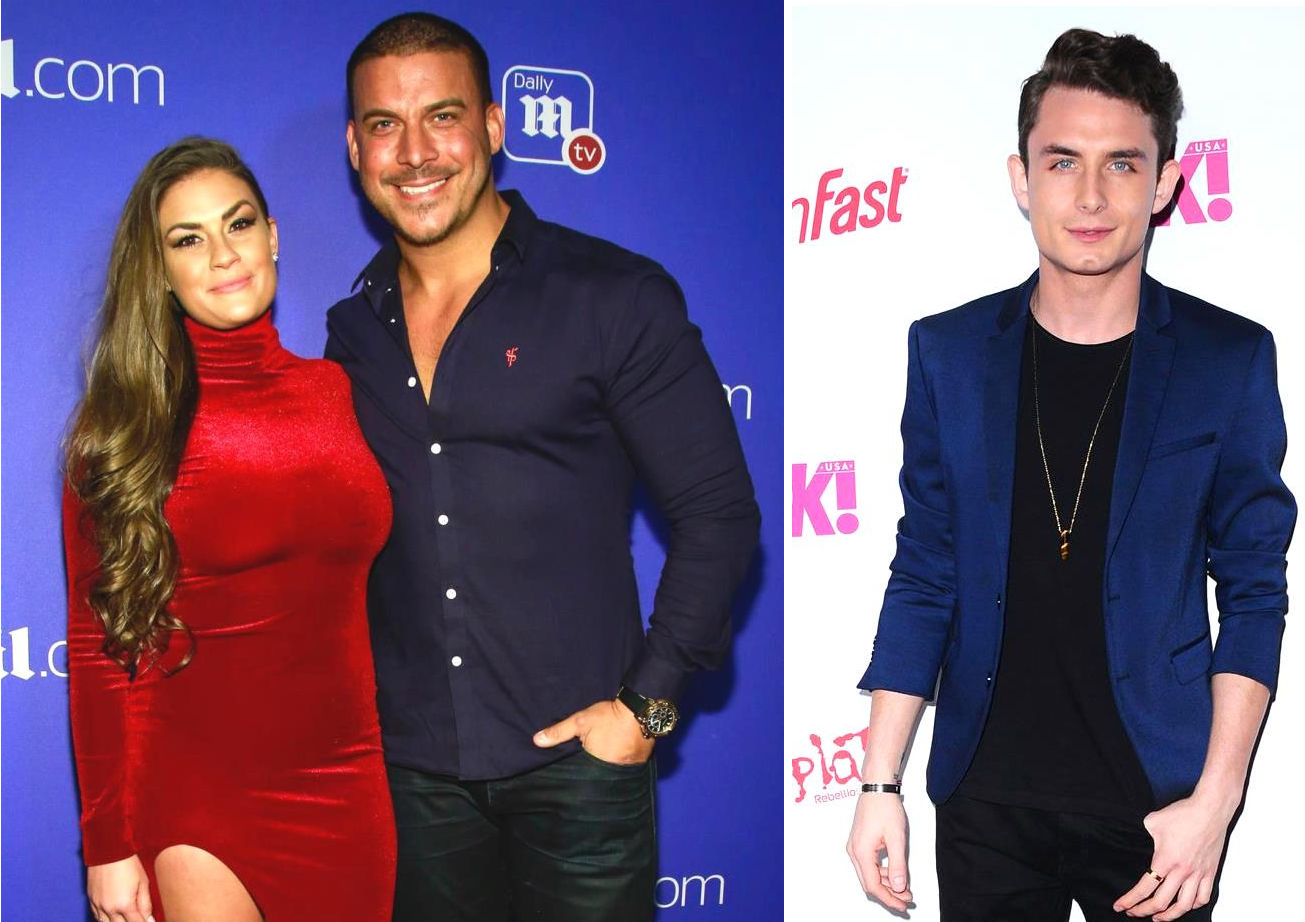 Vanderpump Rules fans watched in awe this season as Jax Taylor and James Kennedy finally started getting along after years of feuding and just outright hating each other, but unfortunately, it seems that truce is now over.

And it all has to do with an incident that went down this week at SUR.

Jax, 38, appeared on the Sirius XM show Jeff Lewis Live on May 18 and made it crystal clear that any friendship he had with James is completely over! The reason? James made his girlfriend Brittany Cartwright cry on Tuesday night when she went into SUR to watch him perform his DJ duties. And not surprisingly, the issue had to do with Faith Stowers, who Jax famously cheated on Brittany with earlier this season.

The drama with James, 26, came up after the host Jeff Lewis asked Jax if there was anyone on the cast he wasn’t getting along with at the moment.

“You know, I’m going to tell you who I’m not getting along with. I’m going to go right to it. It’s James. He pulled a situation a couple of days ago. I extended the olive branch. I was trying to be the better person and take the high road. I actually went shopping and got him a nice gift. And then he pulled some bullsh*t a couple of days ago at SUR,” said Jax.

“Brittany went in to go see him and say hi Tuesday night at SUR. He literally gave her a hug, she walked maybe four feet away, and he started rapping a song called Jax and Faith. And Brittany started bawling her eyes out,” Jax revealed. “Crying, embarrassed in front of everybody at SUR and she had to be escorted out. She was literally mortified.”

Wowzers! Poor Brittany. Even worse, Jax feels this was done intentionally by James.

Jax continued, “Now that was a calculated move. He tried to pull the ‘I’m sorry’ bullsh*t but the ‘I’m sorry’ sh*t does not work anymore in my eyes. It does not. I extended the olive branch, people give me sh*t because I’m mean to him all the time, this is exactly why I’m mean to him. He needs to learn from his mistakes. Now he’s got the wrath of me, and I’m not going to hold back anymore. And it’s on. It is f*cking on now. I don’t give a sh*t how anybody else feels.”

He goes on to add that Brittany was pretty shaken up and “devastated” once she left SUR.

“Brittany is devastated now. Everybody knows. The [cast] knows,” said Jax. “How could you do that? That was below the belt. She came to support him and it’s Brittany. How could you do that to somebody and literally look her in the face and start rapping about this? It’s on, and sh*t’s going to come out about you, and I’m’ not going to hold back.”

James has yet to respond to Jax’s comments, but it’s safe to say season 7 of Vanderpump Rules will be kicking off with a bang! By the way, Jax states filming is scheduled to start around Memorial Day Weekend (May 29).

Following his rant about James, Jax went on to reveal that he smokes weed everyday, following his father’s death last December, adding that it’s legal in California and it calms him down.

“I smoke a lot of weed, it helps. Since my father passed away, things have been totally different. I am on the marijuana bandwagon,” shared Jax. “It is legal in LA. And it’s definitely helped my relationship. It helps with my outbursts. You know what, it’s just something I have. I have anger issues. It is what it is. I’m working on it and I’m doing the best I can.”

So that outburst towards Scheana Marie was a calmer Jax?! Safe to say he won’t be the spokesperson for marijuana anytime soon! When asked about Scheana, Jax echoed his previous comments from last week that the two have since made up and are now in a better place.

Below are other highlights from his interview –

Finally, the topic of James and Kristen Doute possibly hooking up in Mexico came up again, and Jax insisted that he wasn’t lying about his claims that James admitted to the hookup. According to Jax, James did tell him the hookup happened repeatedly that morning… off camera.

“All morning, he was saying ‘Yeah we hooked up.’ It just so happens that when the cameras went on, he said saying ‘No, I didn’t.’ No, from 8 – 12, when we were on our way to the golf course, he was in the van saying ‘yeah, we hooked up.’ So that is why I said that. So now, I look like an idiot because he on camera said ‘No, we didn’t.’ He waited till the cameras went on and denied it. So that is bullsh*t. He did say it. I did not lie.”

It’s a bit hard to decipher if he’s being honest here as just moments earlier, he promised James would feel his “wrath.”