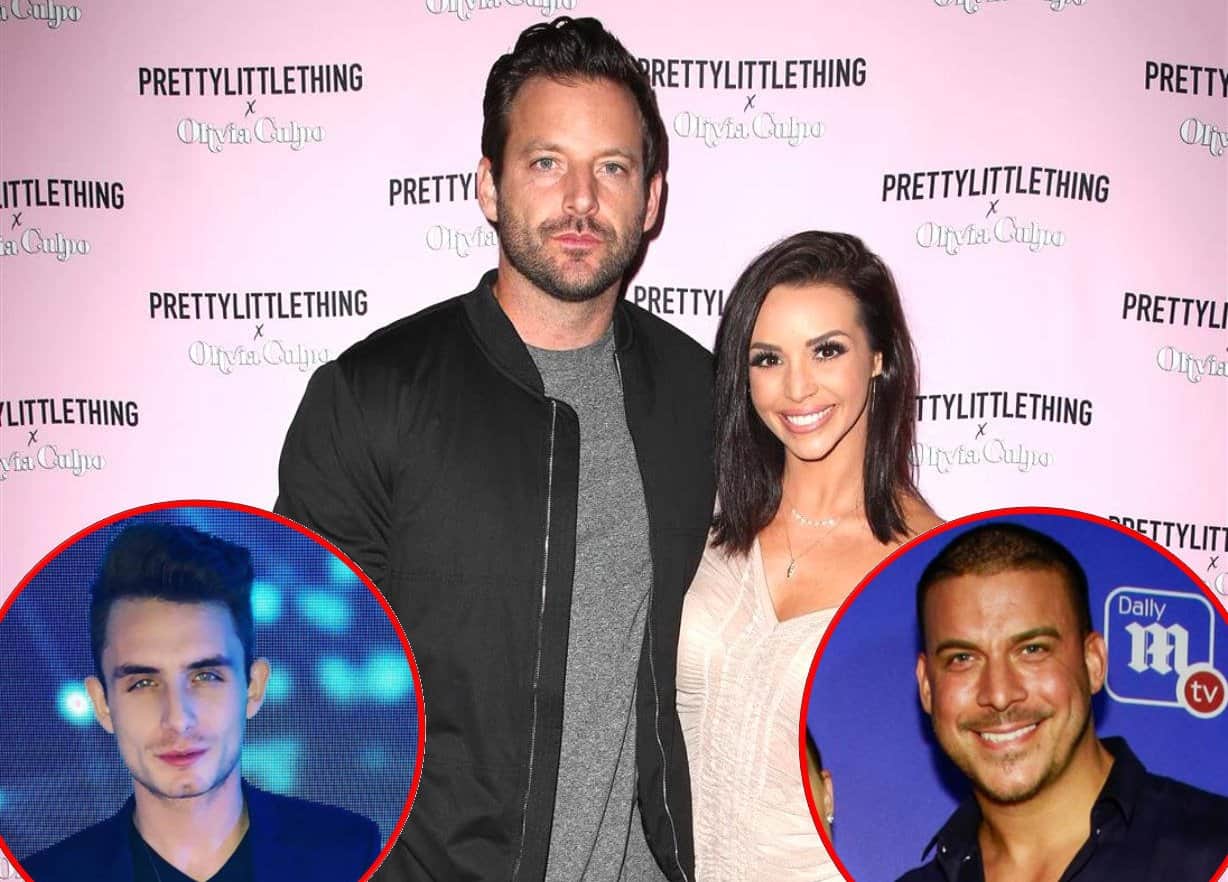 Following the dramatic Vanderpump Rules reunion, James Kennedy is putting Scheana Marie‘s ex-boyfrend, Robert Parks-Valletta, on blast for being “fake” on the show.

“The thing with Rob right, is he thinks he is better than every single person,” James explained on the after show. “I’ve heard him in the background saying, ‘Well, you know I have a real job when I’m not on Vanderpump Rules.’ Or something like that… very condescending, very fake.”

James then took aim at Scheana for acting as if she and Rob had a life together.

“It was just all fake,” he added. “Like, that ain’t your life, Scheana, so stop pretending it is.”

James is not the first cast member to diss Rob as Lala Kent also did the same a while back when she accused Rob of using Scheana for fame.

In other Vanderpump Rules news, Jax Taylor berated Scheana during the season 6 reunion special on Monday night for failing to call him after learning of the passing of his father, Ronald Cauchi.

As fans saw, Jax screamed at his co-star for sending a mere text while other members of their friend group, including Stassi Schroeder and Kristen Doute, called him and even flew to Michigan to be with him as he grieved the loss alongside his family. Then, after the episode aired, he shared a message with his fans and followers on Twitter, suggesting that he lashed out at Scheana because he expected more from her.

“[I] hold her to a higher standard because I am closer to her than some of the other girls so I was hurt,” he said on May 10.

According to Jax, he and Scheana have made contact with one another since filming the dramatic reunion weeks ago and are now “fine.” As he explained, life is really short and some things simply aren’t worth getting upset over.

Trying to keep ya guys in the loop with @scheana and I. Please understand until you have lost a parent please do not judge someone. You do not have a single clue what they are going through. pic.twitter.com/1Znjo6cYOL

Jax and I are very close. We have been for years. I understand why he was upset but he also knows I was there for him in the way I felt was best at the time. I’ve apologized, we’ve spoken, and all is well. ???? https://t.co/ioygNhnbFN

After Jax lost his dad to cancer in December of last year, Stassi, Kristen, and Rachel O’Brien traveled to Michigan to be with him and his girlfriend, Brittany Cartwright, as he prepared to say his final goodbyes. Meanwhile, Scheana Marie was in Las Vegas filming her on-stage show, Sex Tips For Straight Women from A Gay Man.

In addition to Jax’s post-reunion tweet, Scheana also shared a message with her audience on Twitter in which she claimed to know “how tough” it is to loose a parent — even though she hadn’t lost a parent herself. According to Scheana, she lost all of her grandparents the same year, as well as two uncles, two aunts, and a best friend.

Thank you. And i haven’t lost a parent but I have lost all 4 grandparents in the same year, 2 uncles I was close to, 2 aunts, a best friend etc. I know how tough it is. This was his first loss so I understand his anger was just misdirected. He knows I’m always here for him! https://t.co/DGKoAvY6NG

TELL US – DO YOU AGREE WITH JAMES’ COMMENTS? THOUGHTS ON THE JAX & SCHEANA DRAMA?