Lala Kent Says James Kennedy Is ‘Non-Existent’ To Her & Raquel Leviss Doesn’t Have A Backbone! Hints Robert Only Dated Scheana For Exposure 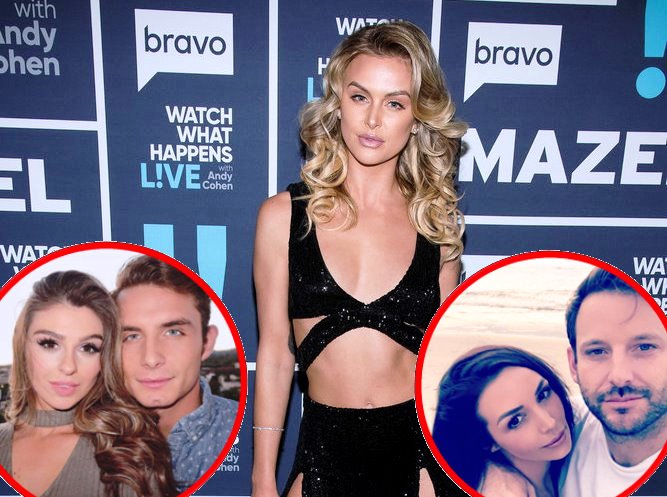 Lala Kent and James Kennedy had a major falling out during the filming of Vanderpump Rules Season 6.

Throughout the season, Lala and James have been at odds with one another and during an episode weeks ago, James called Lala’s boyfriend a “fat man” and said she was only sleeping with Randall Emmett because the movie producer pays her bills.

A couple weeks later, James slammed Lala, saying that without Emmett, she wouldn’t be much of anything and would no longer have access to Chanel duds, private jets, and her Range Rover.

On Thursday, February 22, Lala visited The Morning Breath and spoke to hosts Jackie and Claudia Oshry about the current state of her relationship with James and her thoughts on his girlfriend, Raquel Leviss.

“For me, watching it back, it’s like there’s no coming back for him,” said Lala about the “pasta” scene during which James insults her boyfriend. “He will never have the luxury of being in my presence again…He’s pretty much nonexistent to me.”

As for Raquel, Lala said she doesn’t connect with the beauty queen because she doesn’t have a backbone, nor does she have a strong voice. That said, she thinks Raquel is perfect for James.

“The thing is, I think Raquel is a really sweet girl but I just don’t connect with people who don’t have a backbone,” said Lala also adding that James has a tendency to “dismiss” his girlfriend.

“They’ll be together for a long time because she doesn’t hold him accountable for anything,” she said. “I don’t want to call her dumb… I don’t think she’s dumb; I think she has too good of a heart and if you have a good heart, James Kennedy is just going to walk all over you.”

Lala went on to address the now-ended relationship between Scheana Marie and Robert Parks-Valletta, explaining that it was quite awkward watching her friend’s seemingly delusional behavior on the show.

“It was like, okay, I know he’s not speaking about you the way you are speaking about him… it’s that rule, you have to be with someone who loves you more than you love them,” she said.

Lala then suggested that Robert was only dating her fellow reality star for exposure.

“She was buying him all of these gifts and when they broke up and she said, or he said it was due to the show, it was like but yet you come to every red carpet event with her. So, I see right through you,” she added.

TELL US – THOUGHTS ON LALA’S COMMENTS? DO YOU AGREE OR DISAGREE?