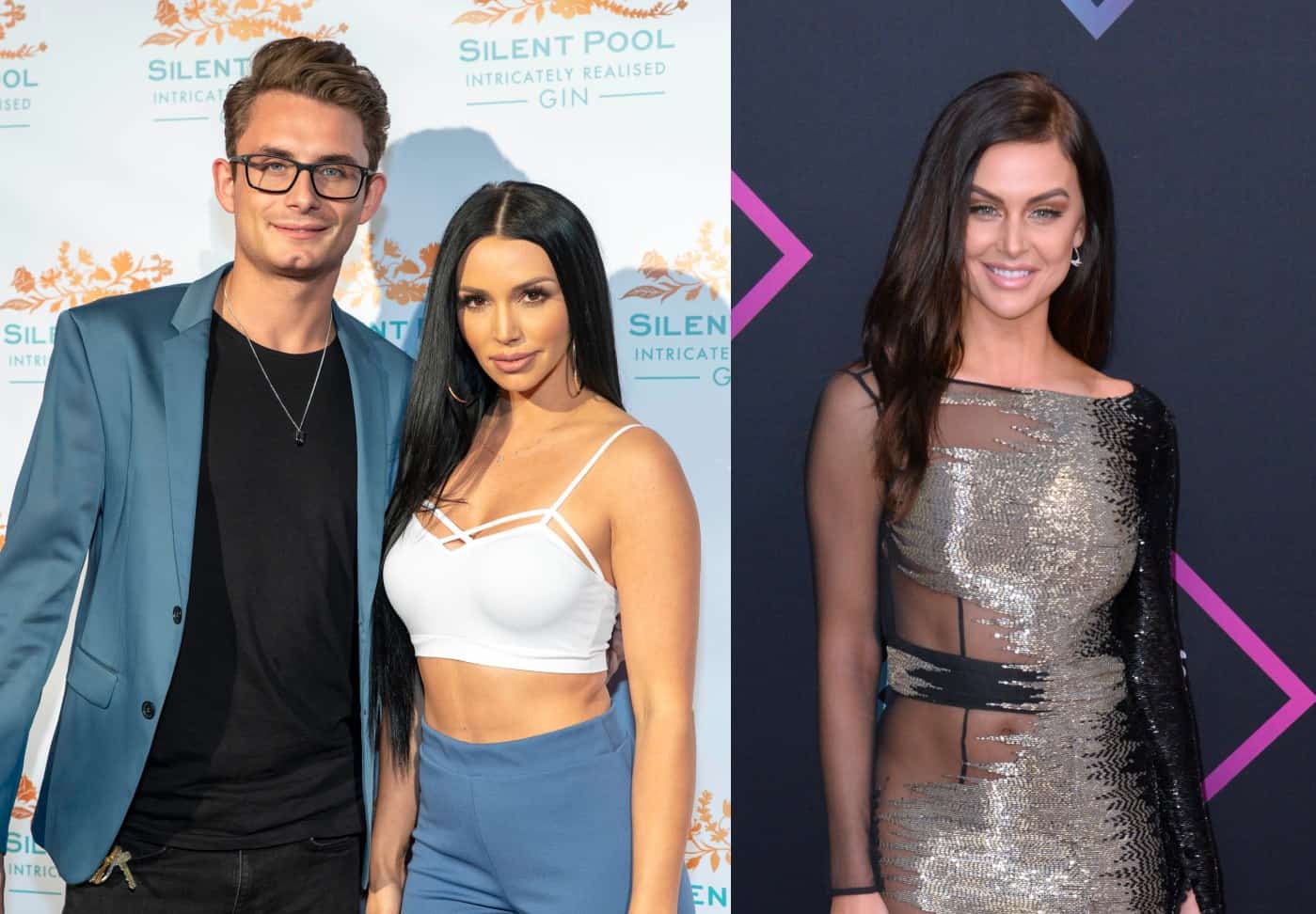 As they walked the red carpet, Scheana Marie, James Kennedy, Billie Lee, and Lala Kent revealed which of them had the toughest season and who got tested.

“This I think is the best I’ve felt about a season since maybe the second one,” Scheana explained to TooFab, revealing she’s done a “180” since appearing on the season six reunion special earlier this year.

“Based on what I’ve filmed and just living my life, I think this will be much better… because I don’t think it could get worse,” she added, referencing her rocky split from ex-boyfriend Rob Valletta last season.

As for which cast member had the toughest time during season seven, Scheana revealed it was James. “I don’t know how it’s all gonna play out, but we’re good [now],” Scheana said of her current feelings towards James.

While Scheana feels she did a  ‘180,’ her castmates seem to disagree. On the new season, viewers will watch as Scheana vows to remain single, only to quickly develop an “obsession” with SUR server Adam Spott. As for James, he will be shown feuding with most of the cast, mainly Jax Taylor following some nasty comments he made to Brittany Cartwright about Jax being unfaithful. James will also be seen getting into some disagreements with his girlfriend Raquel Leviss.

“It’s gonna be lots of drama, as always, some fun trips, some fun parties and a lot of drinking,” James admitted.

Although James promised plenty of drama, it appears he has at least moved past any hardships he had with his love Raquel. In fact, during their interview, the couple said they are planning to get married at some point, but told viewers not to expect a proposal anytime soon.

“I want to travel the world first with her and get some really cool experiences done before I walk down the aisle,” James explained.

As for who gets pushed, Billie said it wasn’t easy filming season seven, especially due to the treatment she received from her co-stars.

“You’re gonna get more of me [this season],” Billie said.”It’s hard this season. I’m always vulnerable, always open with my life, and I was tested a lot this season. I cried a lot, I had surgery, there’s just a lot going on, and you will see that. You can’t stop the cameras, and it’s real life. There’s a lot of emotion. You’ll see me going off — that’s for sure.”

“This season was a big trigger for me,” she continued. “It brought up some stuff from my childhood, just not feeling included. I think we need to look at how trans people are treated in America, and they’re not included in a lot of things,” she said.

During her own interview, Lala was asked about her upcoming wedding to Randall Emmett and whether or not they would be following in the footsteps of Katie Maloney and Tom Schwartz by having Lisa Vanderpump officiate their wedding.

“No! I want to be the ultimate star at my wedding. If I have Vanderpump officiate, no one is going to be looking at me,” Lala laughed.

While there has been some backlash over the recent engagement of Jax and Brittany, who went through a cheating scandal just one year ago after he admittedly slept with Faith Stowers, Lala said she and Randall were thrilled to see the couple take the next step in their relationship.

“We love them. We double date with Jax and Britt. He is a completely different human. After he lost his dad, it was like something inside of them was completely woken up,” Lala explained. “He’s such a good guy now.”

Despite Lala’s comments, the cast will be shown questioning Jax’s motives in proposing to Brittany, on the new season, and wondering if he’s truly changed.