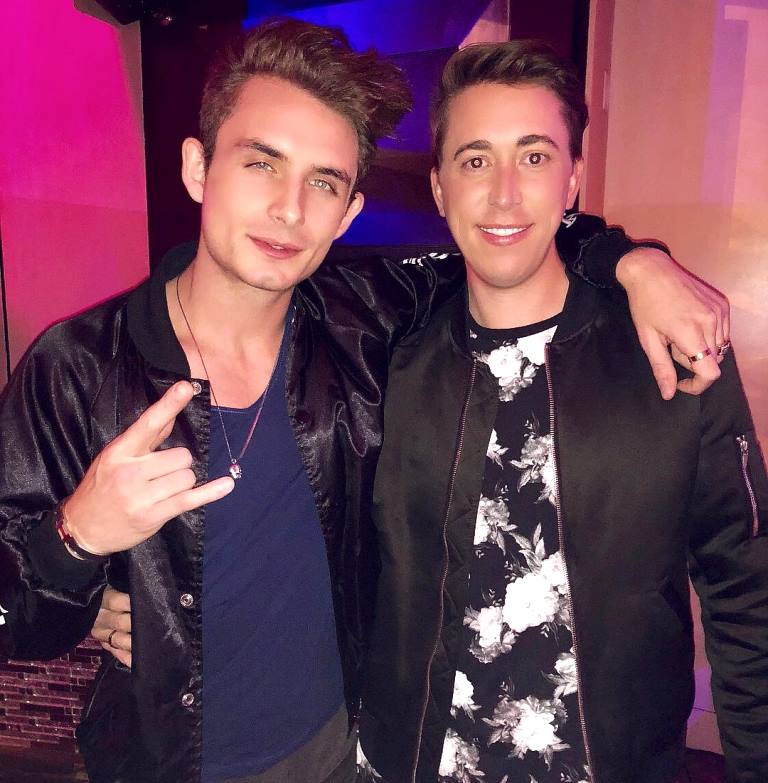 That is the allegation being made by Logan himself in a now deleted post on social media. Even more disturbing, it appears James’ anger stems from Logan’s claims on the show this week that the two are involved in a gay relationship. And despite the fact that Logan retracted his comments on the show, James is still clearly incensed by it all.

At some point early this morning, around 4:00 am, Logan, who was out clubbing with James last night, took to his Twitter page and tweeted, “@itsjameskennedy is a disgusting human being.”

That tweet is currently still up. He then immediately followed up that tweet with a link to a post on his Instagram page in which he accused his “friend” James of breaking his nose. Wowzers.

Logan wrote, “Mourning the lose [sic] of my friendship with James after he has proven himself to be a gross and terrible human being. He treats people like they are trash and physically assaults anyone that stands in his way. After he broke my nose tonight over nothing i have decided to end my friendship for good.”

Logan has yet to follow up on his post. As for James, he has yet to respond to Logan’s allegations but just hours ago he responded to a post on Logan’s Instagram page that accused him of being in a gay relationship with Logan. He responded, “Stfu b***h” to that particular poster. James’ post came moments after Logan posted his accusation. 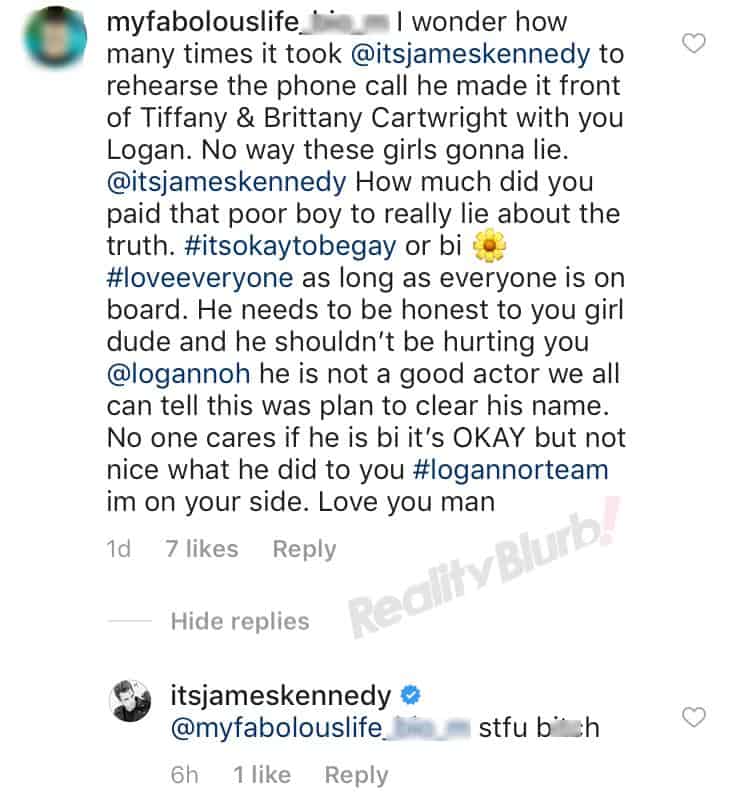 This comes just a week after James denied being bisexual and revealed he was still with his girlfriend Raquel Leviss.

James might be finding himself lonely these days as another friend of his Lala Kent also shared that she was ending her friendship with him over the comments he made on the show about her boyfriend.

TELL US – IS JAMES OUT OF LINE FOR ATTACKING LOGAN? SHOULD BRAVO/LISA FIRE HIM?