Are James Kennedy and Raquel Leviss Still Together After Cheating Claims on Vanderpump Rules? Plus Kristen Doute Slams Raquel! 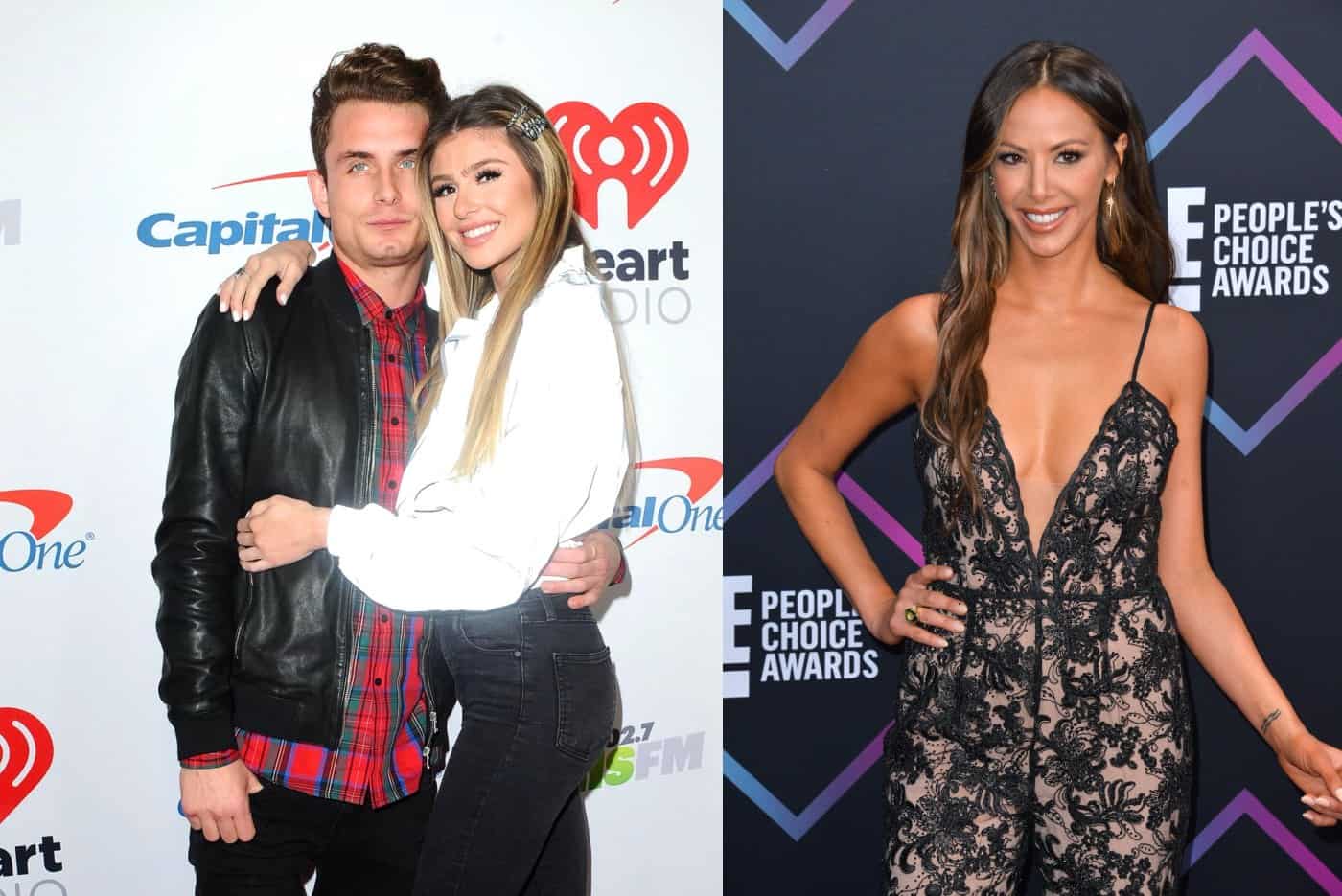 Are James Kennedy and Raquel Leviss still together today following the cheating allegations that were recently made public on Vanderpump Rules?

After a woman named Hope came forward on the show to reveal she had allegedly engaged in a two-year affair with the DJ, James and Raquel walked hand-in-hand at a holiday party in New York City, where they confirmed their relationship has remained intact.

“We’re trying to remain positive with all of it,” James told the Daily Mail on Dec. 11 as he posed with his model girlfriend at the Gramercy Park Hotel. “We’ve worked through what we needed to work through. We hope people will be on board with our relationship.”

As James and Raquel move past the cheating allegations against him, she revealed to the outlet that they will soon be celebrating Christmas with their families in Los Angeles and visiting DisneyLand for the holidays. James also revealed he has a few surprises in store for his live-in girlfriend.

As for what fans can expect to see as the seventh season of Vanderpump Rules continues, James said his career will take center stage.

“My DJ career gets focused a lot more. But I don’t want to give too much away because when you do it just ruins it,” he teased.

During Monday night’s new episode of the show, Kristen Doute, who dated James years ago, confronted Raquel with a friend Hope while celebrating a party at SUR Restaurant.

“Are you about to say he had sex with you too?” Raquel asked.

“At Coachella, when we were with you. You fell asleep in one room and me and James were in the kitchen,” Hope replied. “I’m not saying this to hurt you… This is really hard for me to do because he manipulated me for years.’

“While you were at school doing other s*** he’s back in L.A. f***ing everything he could stick his d**k into,” Kristen added.

After confronting James at the party, Raquel was met with an all-out denial from her partner.

“Raquel, I have never cheated on you,” James added. “I have never had sex with another girl, other than you, since I’ve been with you. They’re f***ing lying through their f***ing teeth. It’s so obvious.”

During her own interview this week, Kristen took aim at Raquel for allegedly allowing her boyfriend to do as he pleases with other women.

“She’s not the sharpest tool in the shed,” Kristen told OK! Australia, via the Daily Mail. “Honestly, either she knows and deep down she doesn’t care because she thinks he’s that cool, or she’s really that dumb. One or the other.”

In November, during another interview, Kristen made similar comments.

“I don’t know if she’s as dumb as I think she is, or if she just doesn’t care that James is a terribly lying cheating human who says horrible things to women,” she told Daily Mail Australia. “Or if she actually thinks he’s that cool and believes him, their whole dynamic is just super odd to me.”

“I just pray and I hope that viewers change their mind about him this season,” she added.