Vanderpump Rules’ Kristen Doute Calls Out James Kennedy For Cheating On Raquel Leviss, James Responds By Slamming Her and Boyfriend In Shocking Tweet 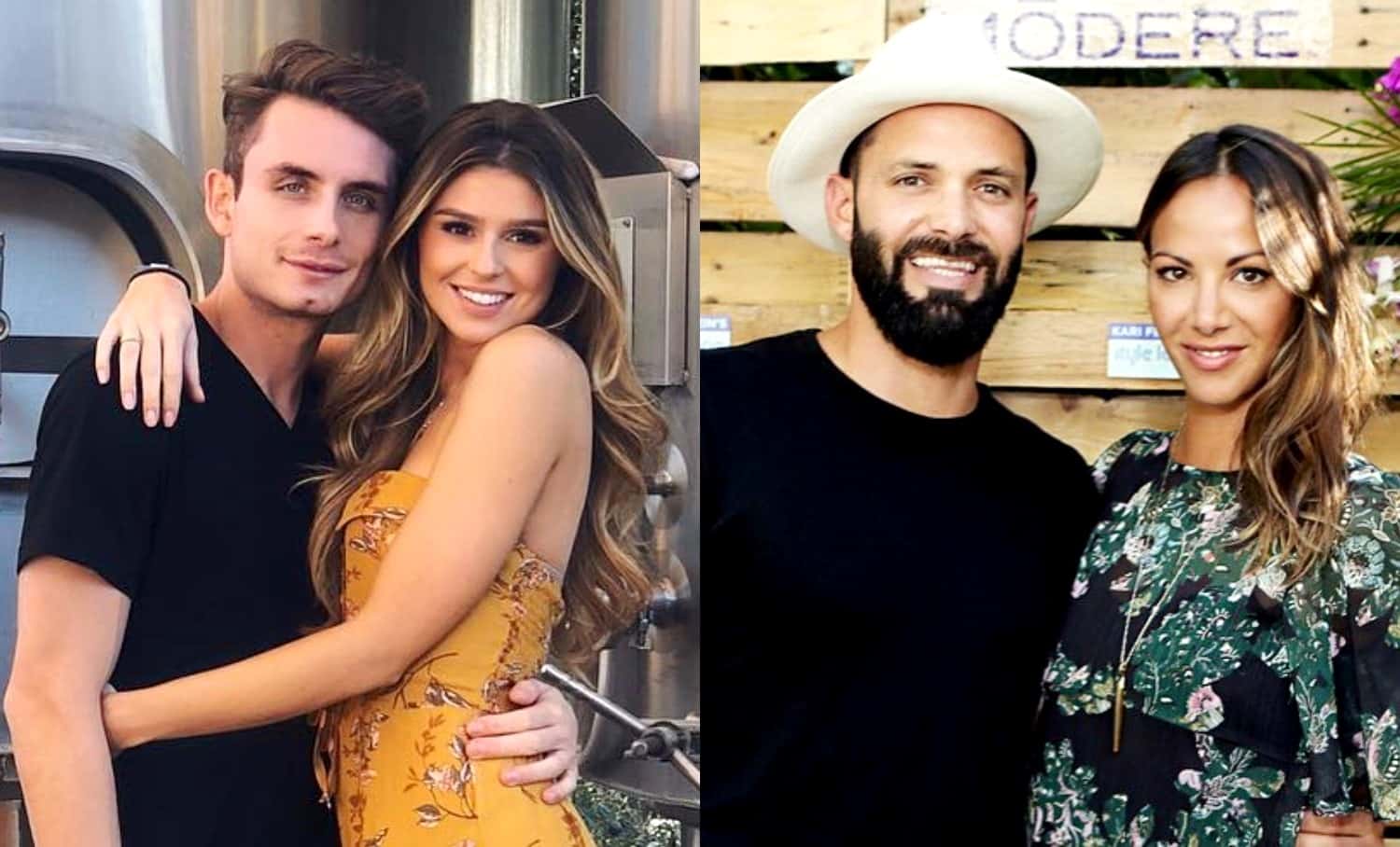 During the launch of the James Mae Collection Launch Party earlier this week, the Vanderpump Rules star opened up about her former boyfriend and his treatment of girlfriend Raquel Leviss.

“Do I think James has been faithful to Raquel? No,” Kristen told Us Weekly.

During the reunion special for season six, Kristen pulled James’ relationship with Raquel into question and now, months later, she’s doubling down on her comments.

“Exactly what I said on the reunion last season, I absolutely not. I haven’t changed my mind since the reunion, but I also don’t surround myself with James,” she explained. “I don’t think there’s anything he could do to make me change my mind about the way I felt last year.”

Kristen was seen dating James during the third and fourth seasons of Vanderpump Rules after splitting from Tom Sandoval and was accused of sleeping with him during a cast trip to Mexico last year, which she denied.

When asked about what advise she would give to Raquel, Kristen said, “Run! Really hard and really fast.”

Kristen also cleared up rumors that her t-shirt line, James Mae, was named after her ex. According to her, the name is actually a combination of the names of her niece and his nephew.

“He wishes! Ugh. Doesn’t he wish?” Kristen told Us. “It’s named after my niece and nephew, the two most important people in my life. I thought it had a certain beautiful ring to it, and it’s pretty gender neutral, which was what I wanted for the line once we redeveloped the line.”

After the Us Weekly article was shared, James responded to the cheating allegations with a shocking tweet that he later deleted. In the tweet,  captured by multiple users on social media, James claimed Kristen cheats on her boyfriend, Brian Carter, and slammed him for being “boring.” 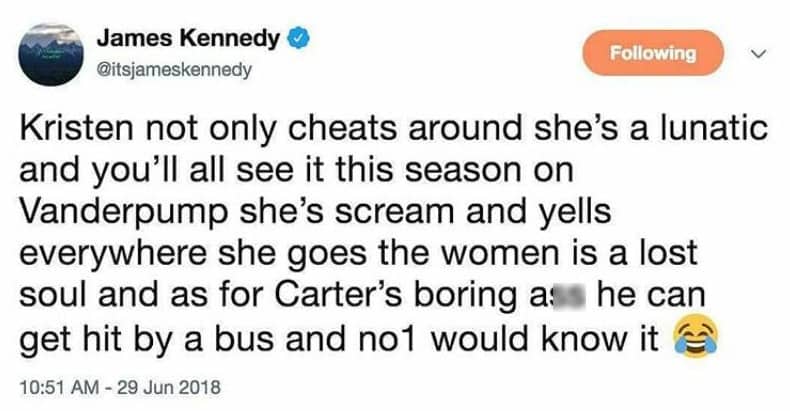 Vanderpump Rules will return for season seven later this year.