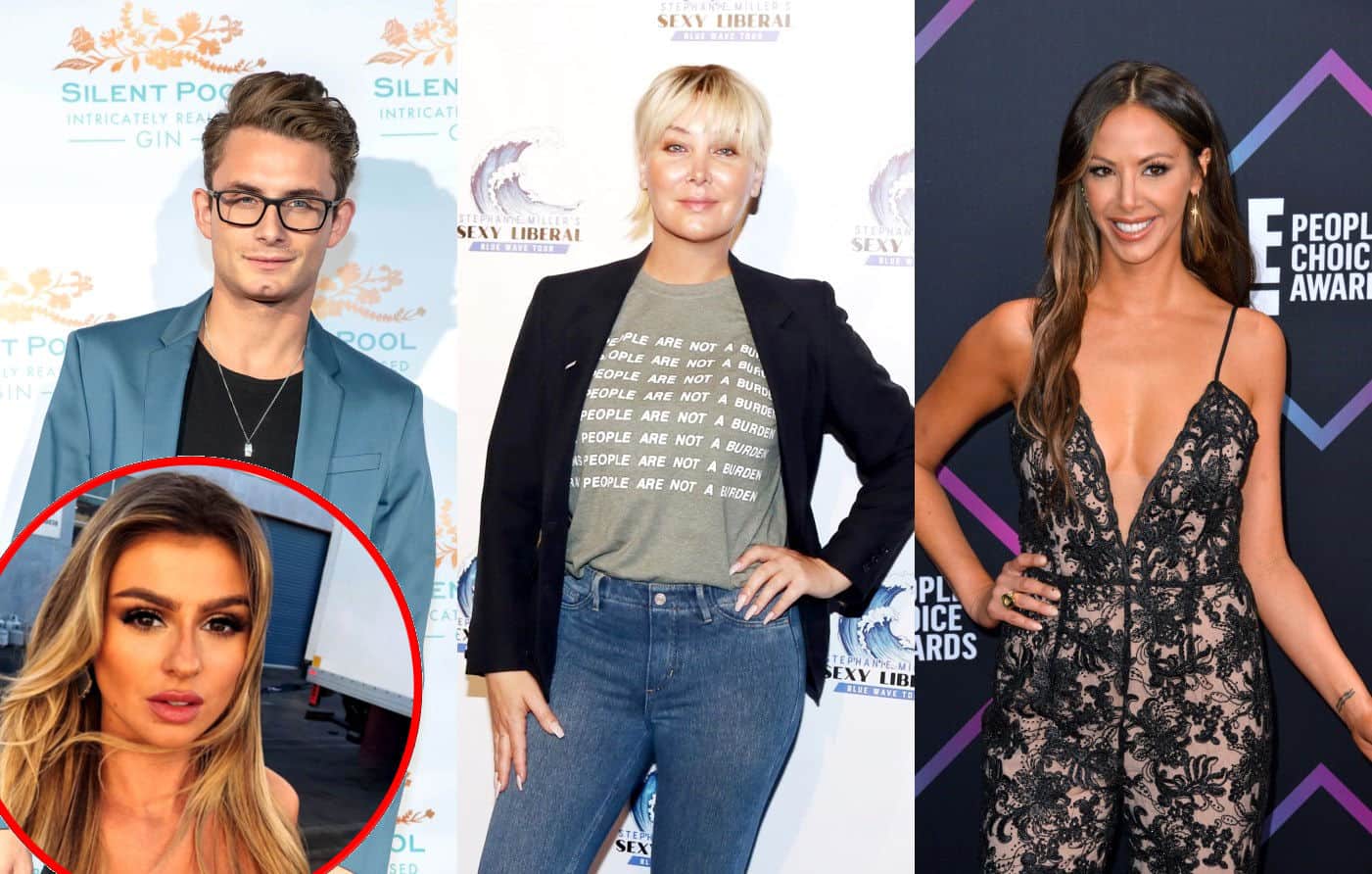 It’s safe to say the upcoming season of Vanderpump Rules will be a rather dramatic one as the feuds between some of the cast members are still ongoing months after filming ended.

James Kennedy and Billie Lee recently took to Twitter to call out Kristen Doute, after she slammed James’ girlfriend Raquel Leviss during a recent interview.

The drama began after Kristen called Raquel “dumb” and referred to James as “garbage” while speaking to the Daily Mail Australia.

“I love to take down the bad guy and I will stop at nothing, so sorry James Kennedy!” said Kristen. “He is my target and I will continue to make him my target until all is well in the world… Until girls are no longer called fat and bad names.”

“Just the way that he treats human beings in general, I just think that he’s such garbage,” she continued.

Kristen also had some choice words for Raquel, who she blasted for continuing to be with James despite some of his past bad behavior.

“I don’t know if she’s as dumb as I think she is, or if she just doesn’t care that James is a terribly lying cheating human who says horrible things to women,” shared Kristen. “Or if she actually thinks he’s that cool and believes him, their whole dynamic is just super odd to me.”

Following the publication of Kristen’s interview, it didn’t take long for James to blast his ex-girlfriend on Twitter.

“This girl still loves to chat about me and makes up lies – she’s really got a screw loose in the head I feel bad lol,” tweeted James.

This girl still loves to chat about me and makes up lies – she’s really got a screw loose in the head I feel bad lol https://t.co/AhNBw94XfM

Billie also chimed in, as she labelled Kristen as “obsessed” and called her a hypocrite for bashing Raquel while at the same time criticizing James for being mean to others.

Billie tweeted to James, “Ya and she calls you out for name calling but then calls Raquel dumb! Like girl! Why she so obsessed with you. ??‍♀️.”

Ya and she calls you out for name calling but then calls Raquel dumb! Like girl! Why she so obsessed with you. ??‍♀️

In her interview, Kristen also added that she hopes viewers of Vanderpump Rules will finally turn on James after this season.

“He’s such a bad, bad person,” explained Kristen. “There have been times where his stupidity and ego can be entertaining [on the show], but I feel like and I really hope that everyone changes their mind this season.”

“James digs so deep that he wants to hurt people, and that’s another kind of evil,” she added. “I just pray and I hope that viewers change their mind about him this season.”

The new season of Vanderpump Rules premieres Dec. 3 on Bravo at 9/8c.