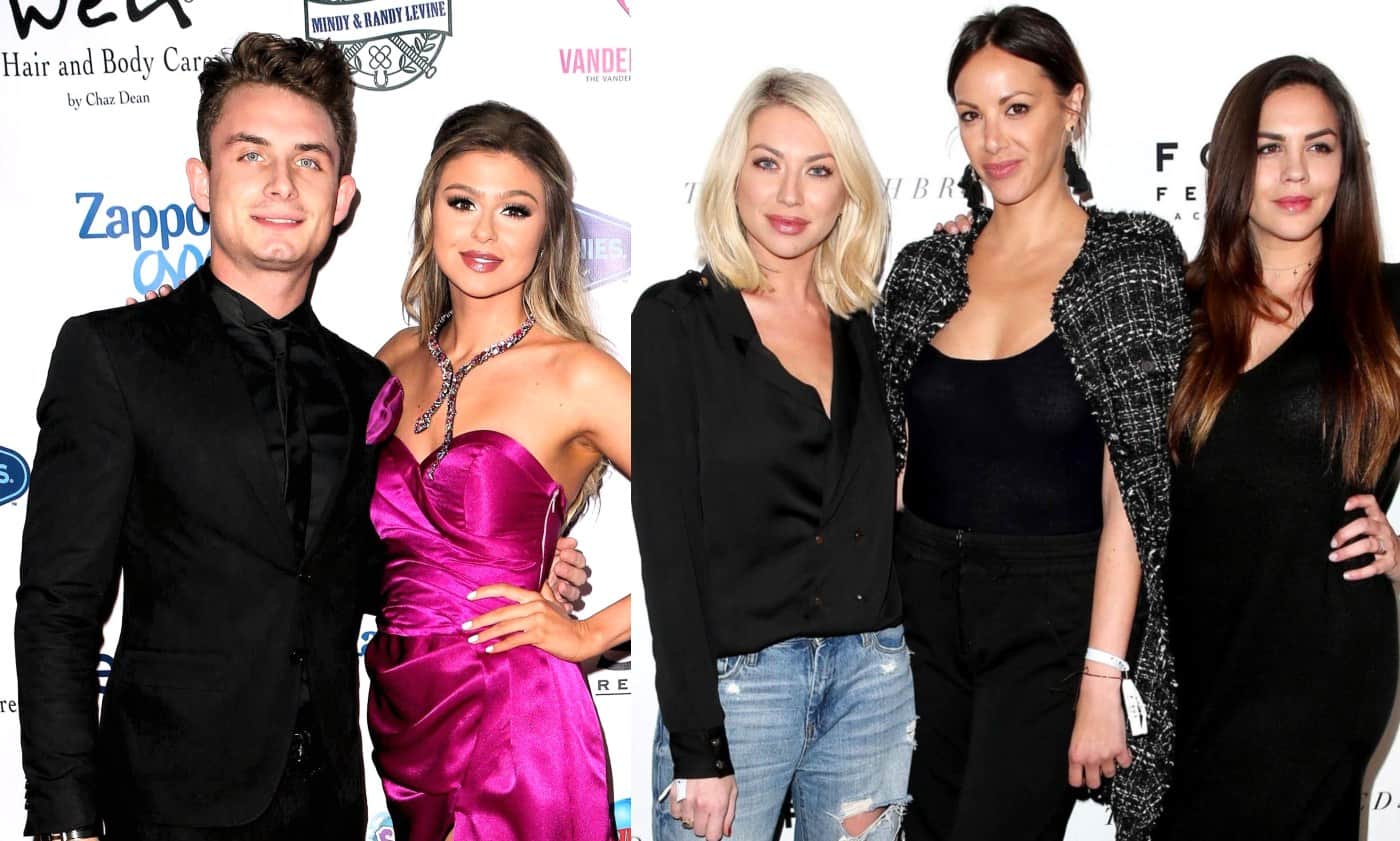 Raquel Leviss is firing back at the women of Vanderpump Rules for accusing her boyfriend, James Kennedy, of cheating.

In a series of tweets shared after the latest episode of Vanderpump Rules, Raquel, 24, suggested the women were out for fame and took aim at Kristen Doute, who arranged for a woman named Hope to go public with her allegations on camera last week.

In the wee hours of the morning on Monday, a Bravo fan tweeted to Raquel that her co-stars could have taken her aside on a number of occasions to tell her about James’ alleged cheating, but instead allowed the situation to play out with cameras rolling. Raquel agreed with the fan!

“They wait for the perfect moment don’t they… aka cameras,” Raquel replied.

They wait for the perfect moment don’t they… aka cameras ???? https://t.co/0rveEWofk2

According to Hope, she had been sleeping with James for three years, throughout his relationship with Raquel, but chose to keep their alleged romance private until the two of them had a falling out. At that point, she met up with Kristen, who proceeded to confront Raquel about the issue during a party at SUR Restaurant.

Although some believe it is unlikely that all the women who have come forward with claims against James would be lying, including season six’s alleged mistress Ellie, Raquel believes it is far more unlikely that Kristen was actually being honest.

“So deep down in your heart do you honestly believe all those women are lying about sleeping with James? Why? It’s so humiliating to admit you were used by such a loser. You deserve so much better!” someone said.

“So deep in your heart do you believe deranged Kristen? Cause I sure as hell don’t,” Raquel responded.

So deep in your heart do you believe deranged Kristen? Cause I sure as hell don’t

In addition to taking aim at Kristen for being a liar, Raquel also slammed her co-star for being obsessed with James and ignoring her current boyfriend, Brian Carter.

“Kristen is obsessed with James. Is she still living with Carter?” someone asked.

“Who knows??” Raquel wondered. “I haven’t heard Kristen mention Carter once. Forgot they were still together for a sec.”

Who knows?? I haven’t heard Kristen mention Carter once. Forgot they were still together for a sec ????

As Raquel continued to be flooded with messages from fans, one person pointed out that Brittany Cartwright received far more support from her co-stars after she decided to stick by her cheating boyfriend, Jax Taylor, during Vanderpump Rules season six.

As fans will recall, Jax cheated on Brittany with Faith Stowers during season six but now, just one year later, he and Brittany are engaged, and he’s back in the good graces of just about everyone on the show.

Thank you for the love ???? it’s different because the girls forgive Jax but they don’t forgive James

Also, on Twitter Raquel addressed the hypocrisy of her co-stars, who had a sit-down with Raquel about James’ behavior while supporting the behavior of Jax, who has done unthinkable things over the past several seasons of Vanderpump Rules.

While Raquel may have agreed that there was a bit of a double-standard happening, she appreciated the way in which Brittany approached her, especially in comparison to the way she’s been treated by Kristen.

“At least Brittany has more class than [Kristen Doute],” she explained.

At least Brittany has more class than @kristendoute

TELL US – WERE THE GIRLS TOO MEAN TO RAQUEL OR SIMPLY TRYING TO SET HER STRAIGHT?