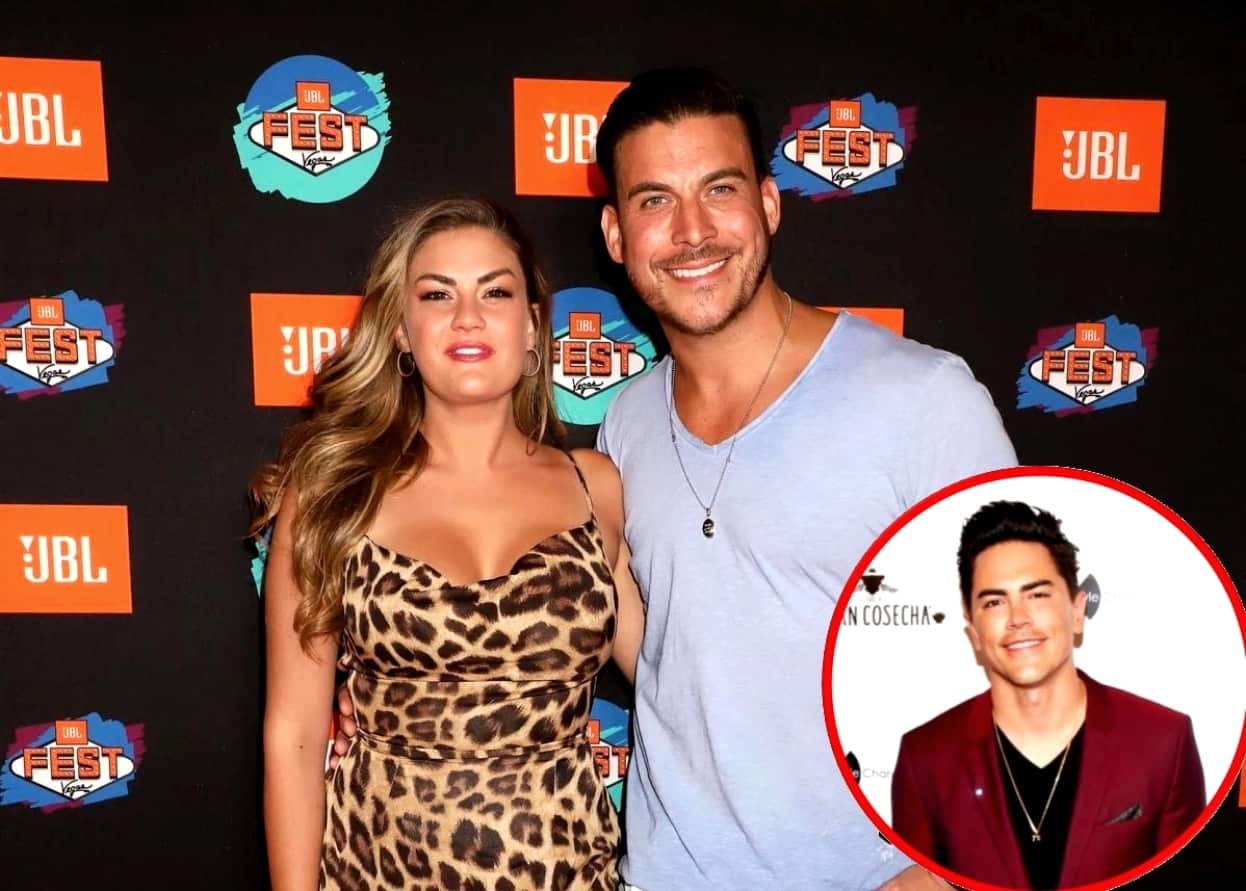 Vanderpump Rules star Brittany Cartwright is opening up about her husband Jax Taylor going through an “after-wedding depression” after they tied the knot.

During a new interview, the married couple also dished on their potential plans for starting a family while in quarantine as Jax once again attacked his former best friend Tom Sandoval.

According to Brittany, Jax had the post-wedding blues following their wedding last June, which fans will witness on the show.

“Jax did go through, like, an after-wedding depression type-mode, where he was kind of spiraling for a minute, but it wasn’t between me and him,” Brittany told Entertainment Tonight. “It was between him and his friends, so that’s something people are gonna see … There was a couple, well, like two weeks, maybe, where Jax was very upset.”

The mid-season Pump Rules trailer showed more drama between Jax and Tom to come, causing fans to wonder if the two former BFFs will ever make up. As Jax said recently, he regretted having Tom in his wedding, even though Tom pulled out all the “Best Best Man” stops — a feat Jax claims was just “acting.”

“I haven’t talked to him since the wedding, so everything for me, in my opinion, this is nothing — I’m not bashing him or anything, he’s just an actor,” Jax stated. “I would try too if I looked dumb and then, all of the sudden, I’m at a wedding.”

Tom also spoke recently about Jax trying to run a “smear campaign” against him ahead of something coming later in the season he knows Jax won’t be proud of. As for Jax’s response, he’s going to let it simmer for now until it can properly boil over at the reunion.

Much like other Bravo shows and reunions, the Pump Rules reunion — which was slotted to film in early April — is now postponed. The reunion would be hosted by Andy Cohen, who is now in quarantine after falling ill last week.

Jax revealed he’s spoken with Andy recently and he seems to be “in good spirits.”

And while Jax and Brittany remain isolated at their $1.9 million home, a ‘quarantine baby’ has crossed Brittany’s mind.

“I would love it,” said Brittany. “Jax is all scared.”

“Have you watched these shows that go on lockdown?” Jax asked. “Somebody always gets pregnant and they can’t go to the doctor and they end up, like, it’s either the baby or the mother dies! It’s Netflix and Hulu’s fault for putting all these crazy shows on TV that make my mind go crazy.”

Brittany, however, has a more positive outlook and continued to tease the idea that the two might consider conception while self-isolating.

“I just feel like we’re gonna be OK, everybody’s gonna get through this together, hopefully we can contain everything quickly, hope people stay home and wash their hands, and then we’ll be just fine to have a baby,” Brittany stated.

For now, Jax and Brittany are continuing to live their best quarantine life and plan on spending virtual time with their fellow co-stars. They’re also planning a digital hangout for Randall Emmett’s birthday and expressed their sadness at being unable to attend a Lala Kent-Randall bachelor/bachelorette party that was supposed to happen in Mexico. The two were forced to postpone their April 18 wedding date.