Home Vanderpump Rules Vanderpump Rules’ Tom Sandoval Says Jax Taylor Does Something ‘Catastrophically Bad’ That Will Air Later This Season and Slams Him for Running a “Smear Campaign” Against Him, Suggests Lala Kent is ‘Two-Faced’

Vanderpump Rules’ Tom Sandoval Says Jax Taylor Does Something ‘Catastrophically Bad’ That Will Air Later This Season and Slams Him for Running a “Smear Campaign” Against Him, Suggests Lala Kent is ‘Two-Faced’ 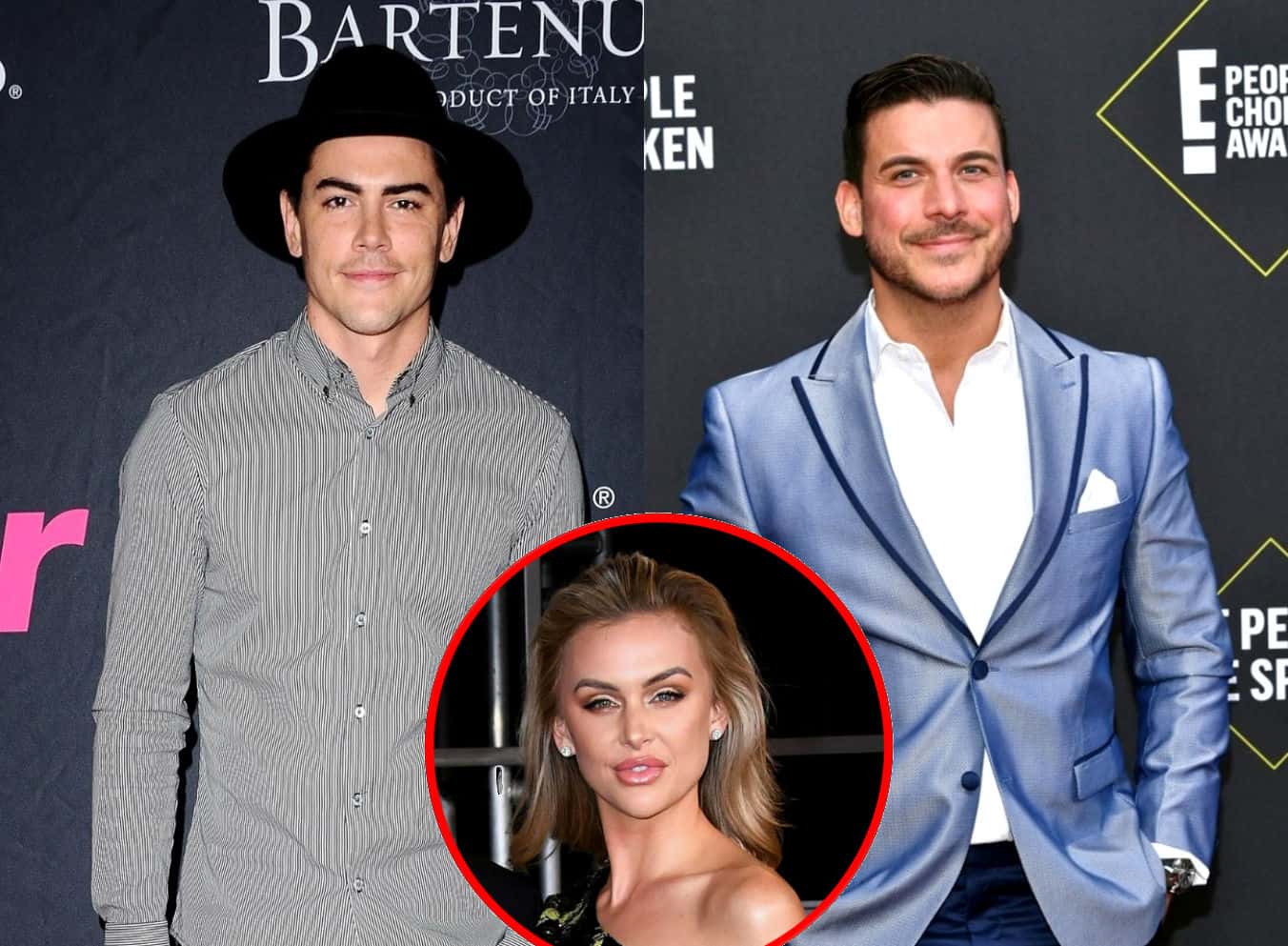 Tom Sandoval believes Jax Taylor‘s recent attacks against him are part of a “smear campaign” in Jax’s attempt to get ahead of something awful that he did which will be exposed later on this season of Vanderpump Rules.

During a new interview, the Pump Rules star looked back on the pastor drama he and Jax endured weeks ago before admitting he’s no longer a fan of Jax, and slammed Lala Kent for being two-faced.

“It wasn’t easy for me to ask Jax about that, especially knowing how reactive he can be. But I felt like it was very important to me to ask that question. To find out, to hear what he had to say, and it’s unfortunate that I never got to hear it,” Sandoval told Entertainment Tonight on March 3.

Last month, fans watched as Sandoval confronted Jax and his now-wife, Brittany Cartwright, about a number of controversial posts shared by their former pastor and wanted to know why they waited to replace him with Lance Bass until after Lisa Vanderpump approached them.

“I did feel bad about it,” Sandoval admitted. “I didn’t want it to turn into that at all.”

In recent weeks, Jax has been relentlessly bashing Sandoval and his girlfriend, Ariana Madix, even dissing their relationship. According to Sandoval, Jax has been doing this to tarnish Sandoval’s image because of something awful that Jax did, which will make Jax look horrible, will air later on in the season.

“It feels a little bit like a smear campaign. He gets very reactive toward the end of our season,” Sandoval claimed. “And because of that, now he’s trying to justify that. So, that’s why when I say a ‘smear campaign,’ he’s trying to slowly, like, peck away at who I am as a person, like my integrity.”

Sandoval added that Jax’s many attacks on Ariana have made it harder to make amends, especially considering the fragile mental state she was in during Pump Rules season eight. And because of that, he is “not a fan” of his former best friend.

Sandoval also took aim at Lala for allowing others to talk poorly about Ariana while acting compassionate to her face.

“One second [Lala’s] totally OK with people saying mean nasty things about Ariana that are completely not true and talking negatively about her and then sort of [got] emotional and [said], ‘This is a safe place,'” Sandoval recalled.

“It’s like, girl you are apparently not a safe place,” the Bravo star added.