Vanderpump Rules’ Jax Taylor Slams “Miserable” Ariana Madix and Suggests Tom Sandoval is a Hypocrite for Not Firing Max Boyens After Racist Tweets, See What Ariana is Saying About Max’s Past Posts 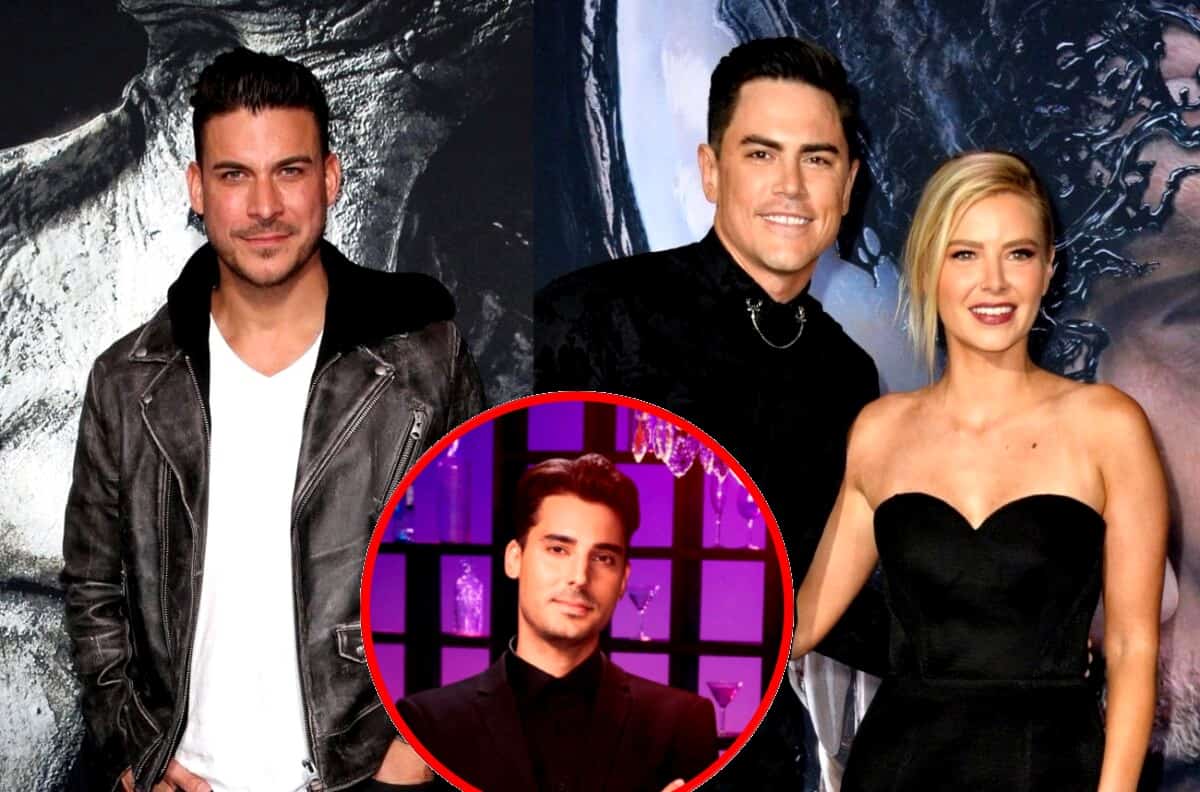 Jax Taylor believes Ariana Madix is a “miserable human being.”

Just weeks after slamming Ariana as the “most negative person” ever, the Vanderpump Rules cast member further targeted his co-star before suggesting her boyfriend and his former best friend, Tom Sandoval, is a hypocrite for failing to fire Max Boyens after his past racist tweets resurfaced last month.

“Wait why is no one talking about how Ariana doesn’t believe in marriage for ANYONE? She’s literally so against it she gets offended if someone asks her about it! Not sure how someone could be so ‘triggered’ by something they strongly don’t believe in no matter what relationship you’re in,” a person wrote in the comments section of one of Jax’s recent posts.

“She’s a miserable human being,” Jax wrote in response.

Another fan explained how Sandoval’s recent antics against Jax and wife Brittany Cartwright in regard to their former pastor were hypocritical.

“Tell Sandoval he should understand how you and Brittany feel now since he has an employee who put out racist tweets yet he hasn’t fired Max. Just saying. The hypocrisy is real,” the person said.

“Trust me I know,” Jax replied.

During last week’s episode of Pump Rules, Sandoval demanded answers from Jax and Brittany about why they waited so long after learning their pastor had shared controversial anti-LGBTQ posts on social media to fire him. Meanwhile, Max, who works as the general manager of Sandoval’s TomTom, seemingly went unpunished for the racially-charged posts he shared on his own social media page.

Following Jax’s response to the fan’s comment about Sandoval’s apparent hypocrisy, Ariana was seen responding to questions about Max’s tweets in the comments section of one of her recent Instagram posts.

“So you confront your new friend about his racist tweets this season?” one person asked.

“What about the racists [tweets] the manager of TomTom made in the past is that okay?” wondered another one of her followers. 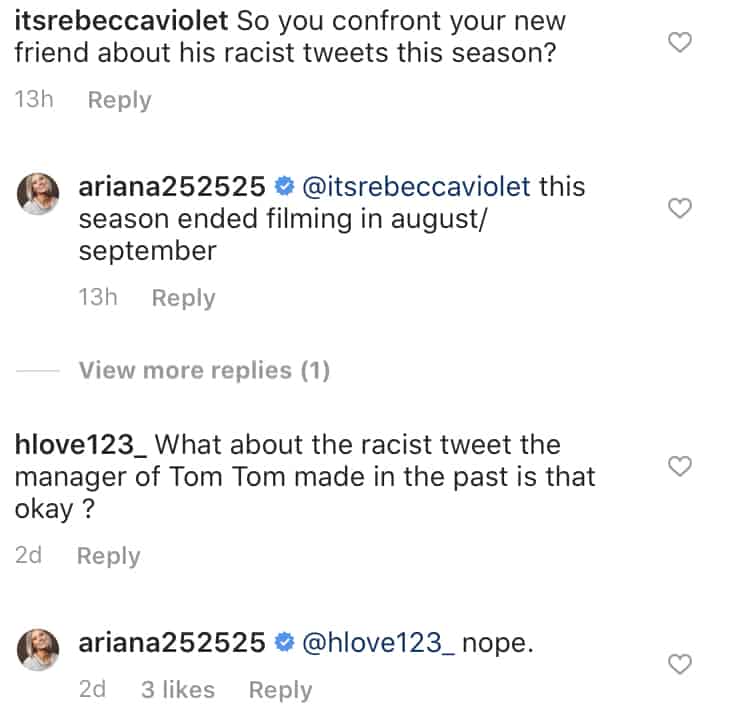