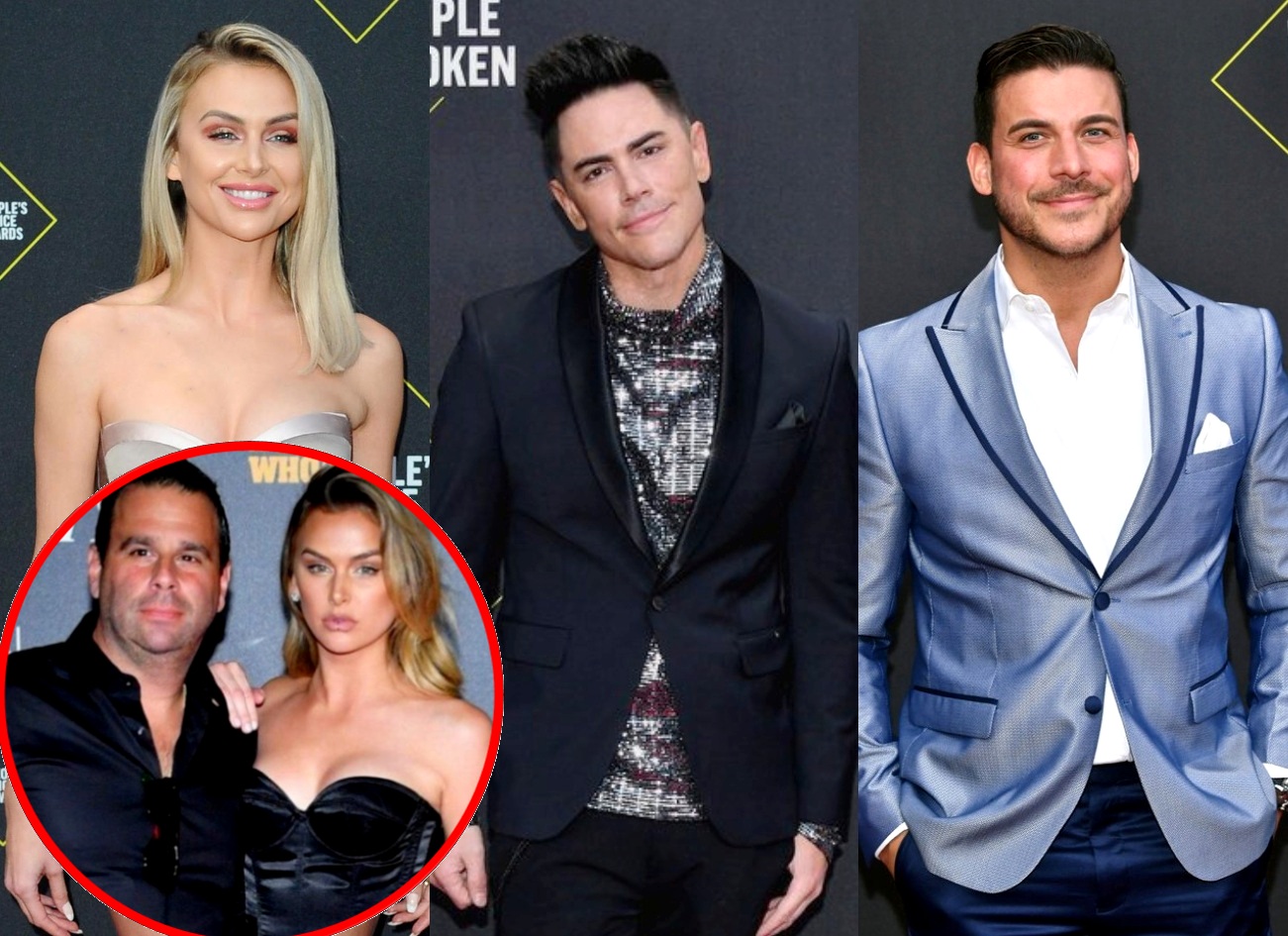 Lala Kent wants fans to understand why she and her Vanderpump Rules co-stars were more upset about the way Tom Sandoval treated Jax Taylor and Brittany Cartwright after learning their pastor had expressed anti-LGBTQ views than they were about how Jax and Brittany handled the issue.

Ahead of her fiancé Randall Emmett‘s upcoming debut on season eight, Lala responded to a fan on Instagram who said they were surprised to see how protective she was of Jax and Brittany during Peter Madrigal‘s birthday party after agreeing with the sentiments of Sandoval behind their back.

“The difference was we all, including Jax and Britt, knew what the preacher said was horrible and beyond repair. We all voiced that. Sandoval didn’t voice his distaste for the pastor and his comments, he questioned Jax and Brittany’s character and beliefs,” Lala explained. 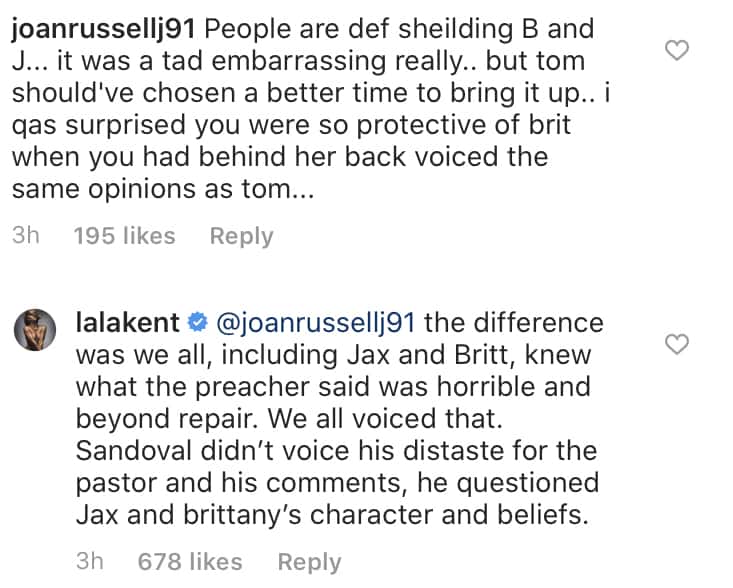 During Tuesday’s episode of Pump Rules, Sandoval confronted Jax and Brittany about why they waited to fire their pastor until after they were confronted about the issue by Lisa Vanderpump and was met with backlash from his co-stars who felt he was out of line.

In other Pump Rules news, Bravo officially confirmed Randall would be making his debut on next week’s episode days ago by sharing a sneak peek at the upcoming episode, which features Lala and Randall tending to the ongoing renovations at their Los Angeles home.

“I am engaged to my soulmate, Randall Emmett. He is kind. He is generous. He makes me feel, on a daily basis, that I am the best person on the face of the earth,” Lala gushes in her cast confessional.

Then, as Lala revealed she and Randall have been working on their home for a year and a half and says she’ll never do another renovation again, Randall opens up about his friendship with Jax, explaining that they get along well because Jax is “closest to [his] age.”

“We have a lot of fun and we laugh together,” Randall continues.

“That’s like what someone says about their girlfriend… ‘We have a lot of fun. She makes me laugh,'” Lala replies.