Vanderpump Rules’ Scheana Shay Shades Max Boyens on Twitter, Plus Max Apologizes After His Past Racist Tweets Are Exposed 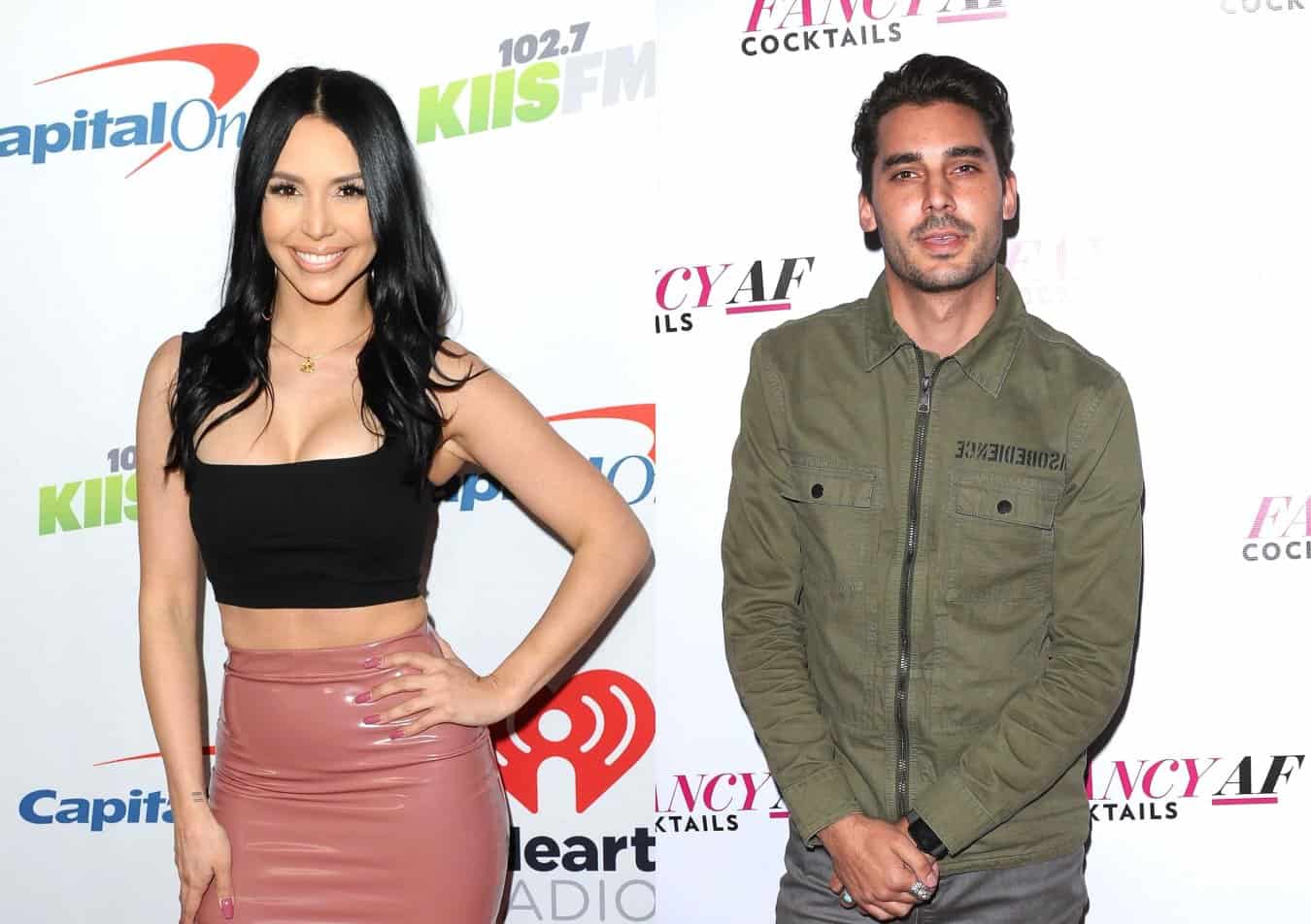 Vanderpump Rules star Scheana Shay responded to costar Max Boyens‘ tweet about the current status of their relationship with some shade. Plus Max is apologizing after some past racist tweets of his were uncovered.

As fans have seen so far on the show, Scheana and Max have declared themselves “friends” after hooking up for a brief period of time. And while the longtime SUR employee insisted there was nothing still going on with Max, she seemed bothered by the fact that he was hooking up with SUR’s newest hire, Dayna Kathan. And on Wednesday, Max took to Twitter to clear up his relationship with Scheana.

“I adore @scheana, her and I had our issues in the passed & after some time apart we realized were better as friends. Actually very close now.Thank you for coming to my ted talk????” the TomTom manager wrote on January 15 before turning his Twitter to private mode.

As for Scheana, she responded by simply pointing out a grammar error in Max’s post.

“*Past????” Scheana cheekily replied according to a screenshot captured by _surrules Instagram account, pointing out that Max incorrectly used the word “passed.” 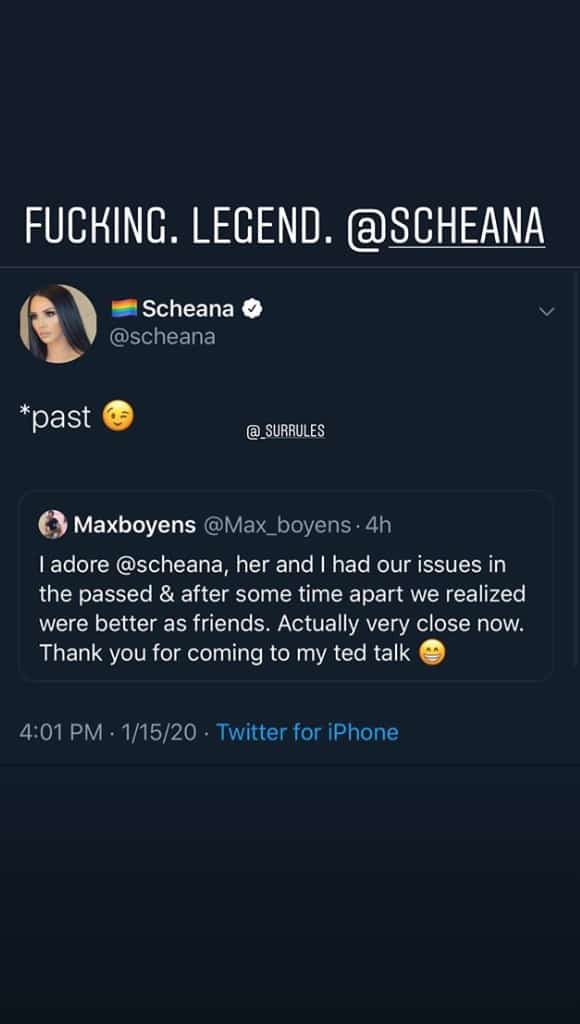 Max has appeared to turn his Twitter account private after a slew of his tweets from just over seven years ago resurfaced online that were blatantly racist. The tweets showed him using the N-word and making a vile statement about Asians.

“It upsets me that the word n**** is not allowed to be said unless you are black because quite honestly it’s my favorite word. N************” Max tweeted back in October 2012 as was reposted by fan account Facereality16.

“Something about Asians that just makes me want to punch them in the suck hole.” Max reportedly wrote in another tweet from the same year.

Amid the exposed racist tweets, Max has released a statement, apologizing for his words and adding that he was “disgusted and embarrassed.”

“I want to sincerely apologize for what I tweeted in 2012 — it was wrong on every level,” Max told PEOPLE in an official statement on Thursday. “It is not a representation of who I am. I am shocked I ever tweeted that — and I am disgusted and embarrassed — I am truly sorry.”