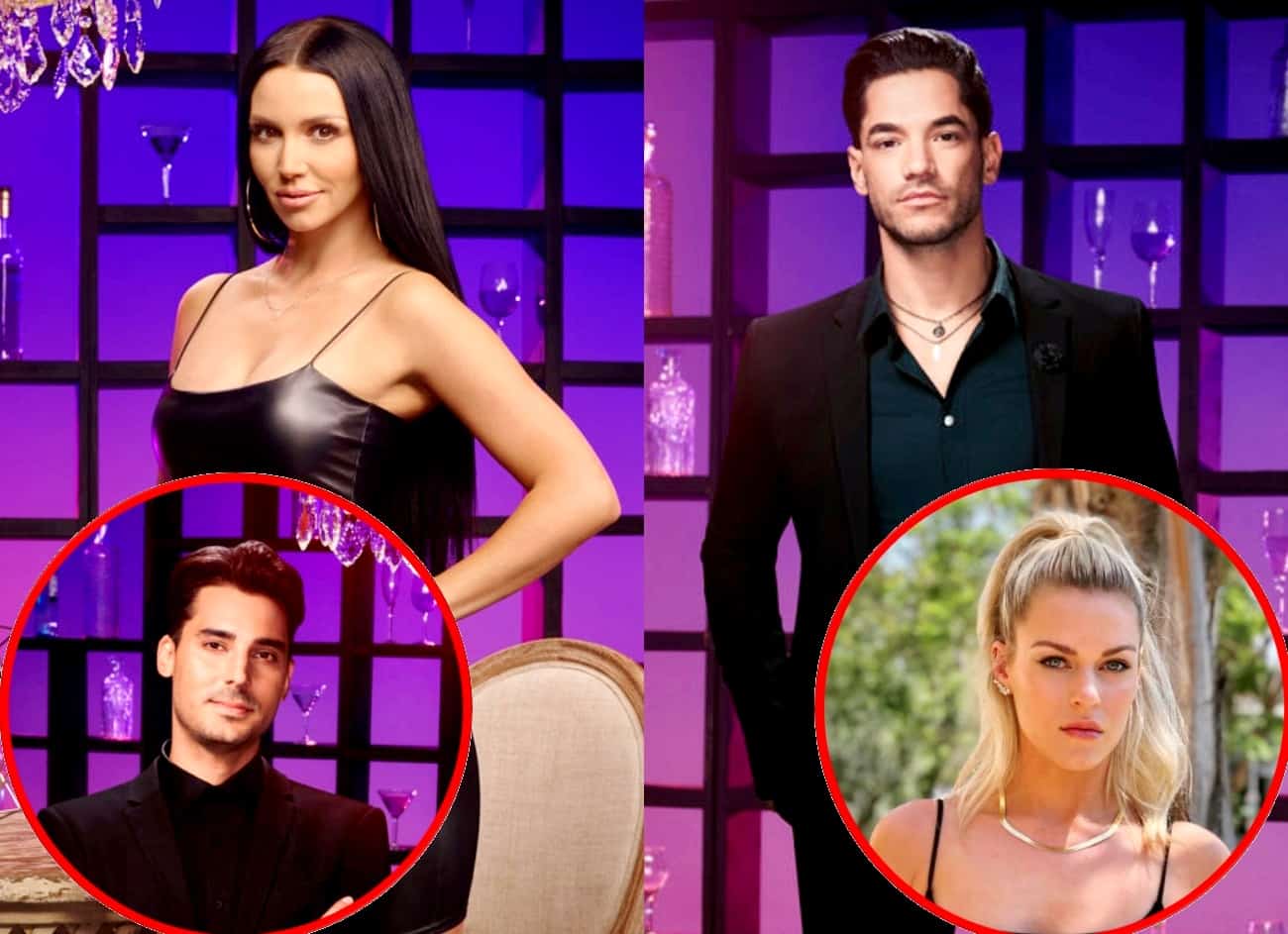 Vanderpump Rules star Scheana Marie is setting the record straight after her new costar Brett Caprioni called her a bad kisser. Plus, TomTom manager Max Boyens gives the skinny on his complicated relationship with both Scheana and newbie Dayna Kathan.

As fans watched during last week’s season eight premiere episode, Scheana was put on blast by SUR newcomer Brett, who claimed during his confessional that she was a bad kisser. According to Brett, the two had ‘hooked up’ after a night out in Santa Monica when he and a friend went back to Scheana’s place to play Scattergories. But according to Scheana, there’s definitely another side to the story.

Scheana’s tweet comes after she labeled the ‘bad kisser’ claim as ‘fake news.’

But unfortunately for Scheana Shay, Brett’s not the only guy she’s having a bit of drama with this season. As fans saw in the same Vanderpump Rules episode, Max, the new TomTom manager, was figuring out how to navigate his relationships with both Scheana and fellow newcomer Dayna, two girls he had hooked up with.

But for Max, this apparent love triangle is “more of a jealousy triangle that [Scheana] was trying to create out of nowhere,” he recently relayed to Hollywood Life.

As fans saw on the show, Max assured Dayna (who he just hooked up with for the first time) that while he and Scheana used to hook up, they were just friends — and were going on a group trip to Palm Springs together.

Dayna wasn’t thrilled to hear the “friends” were jetting off to Palm Springs, and she even referred to it as a “red flag” on the show. So it’s no surprise that Dayna told the outlet that she felt the trip was weird, adding, “Because [Max and Scheana] have had a history and Scheana was very mean to me right up front, and it was clearly because of Max.”

“Obviously if you were about to start hanging out with someone [Max] and like each other and [are] sleeping with each other and then you find out they are going on something that sounds like a couples trip, with someone they used to sleep with, then it is like, ‘What is this about?’” Dayna added of Max and Scheana’s confusing dynamic.

But despite all that, Dayna can still recall exactly why she was attracted to Max in the first place.

“I mean, he is very charming, he is as cute as a button and he ignored me a lot initially and that really caught my attention,” the aspiring stand-up comedian said.

New episodes of Vanderpump Rules air every Tuesday at 9 p.m. on Bravo TV.