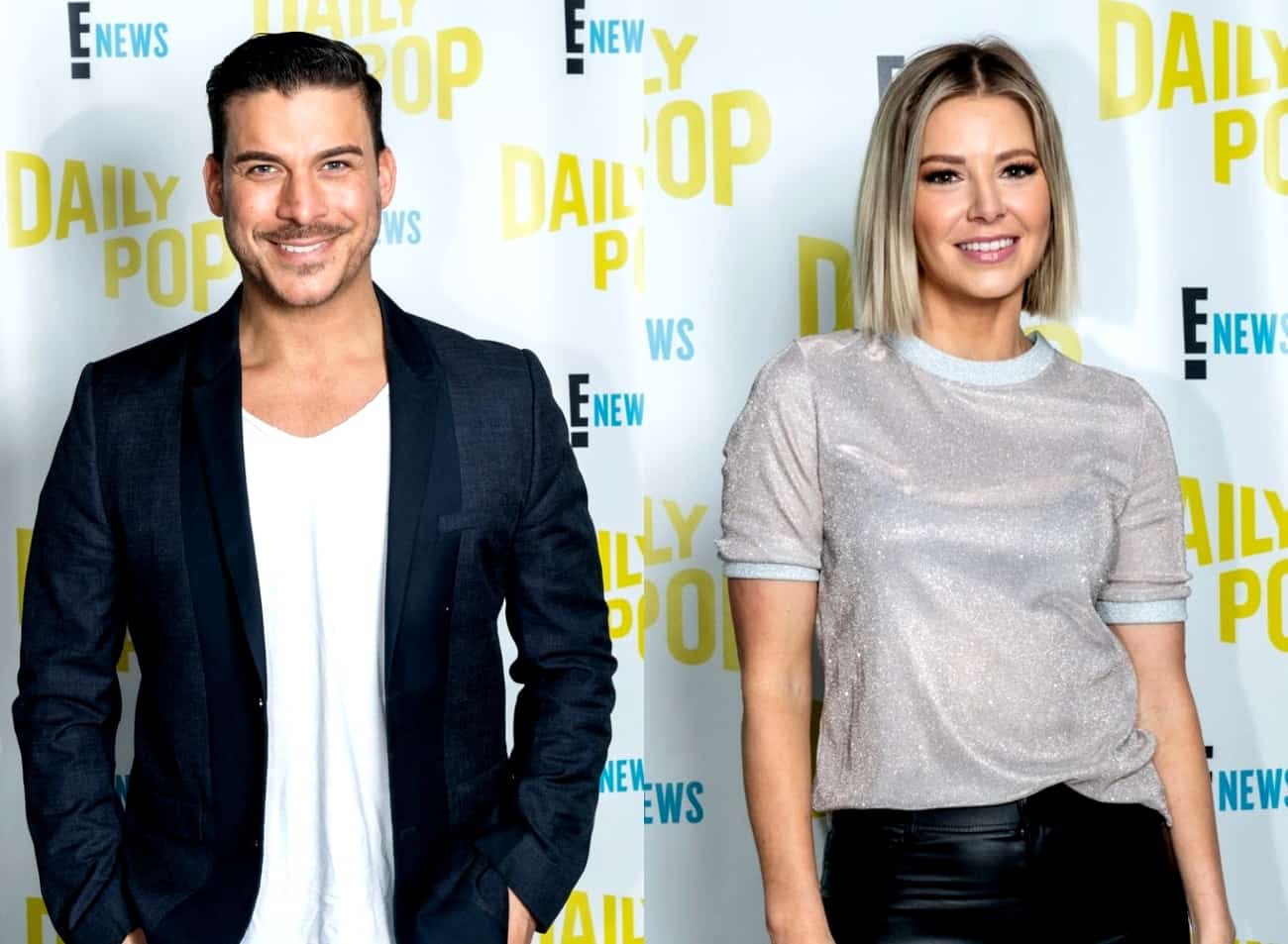 Jax Taylor is slamming Ariana Madix on Twitter as he also defended himself after being called out by fans for his behavior during his bachelor party on last night’s episode of Vanderpump Rules and the lies he told his now-wife, Brittany Cartwright.

First, Jax took aim at Ariana for failing to showcase her relationship with Tom Sandoval on the show after Ariana appeared on Watch What Happens Live with Andy Cohen, where she addressed his comment about her not wanting kids because she’s a lesbian.

“Also, I’ve been very open and honest about the fact that I am bisexual and I don’t think that’s an issue. It’s certainly not an issue in my relationship,” she added.

After hearing Ariana’s clap back, Jax accused her of keeping the ins and outs of her romance with Tom off Pump Rules for the past several seasons, even though she makes the same amount as the rest of the cast, who are much more open with their lives.

“Must be nice to be on a show and dodge everything about your relationship life for 9 years and tell production ‘[I am] not talking about that’ but still wants a paycheck. That’s my response to Ariana. Most negative person I have ever met,” he tweeted.

When a fan responded to the post, agreeing that Ariana shows less than others, Jax added, “There’s a [sh*t] ton you don’t see.”

Jax then addressed the bachelor party drama as he insisted that despite motor-boating one stripper and getting a lap dance from another, he truly doesn’t enjoy going to strip clubs.

“Yeah but I have never liked them,” he tweeted on January 29. “I never have and I get really embarrassed and never know what to say, it’s a train wreck, I feel like I never know where to look either.” 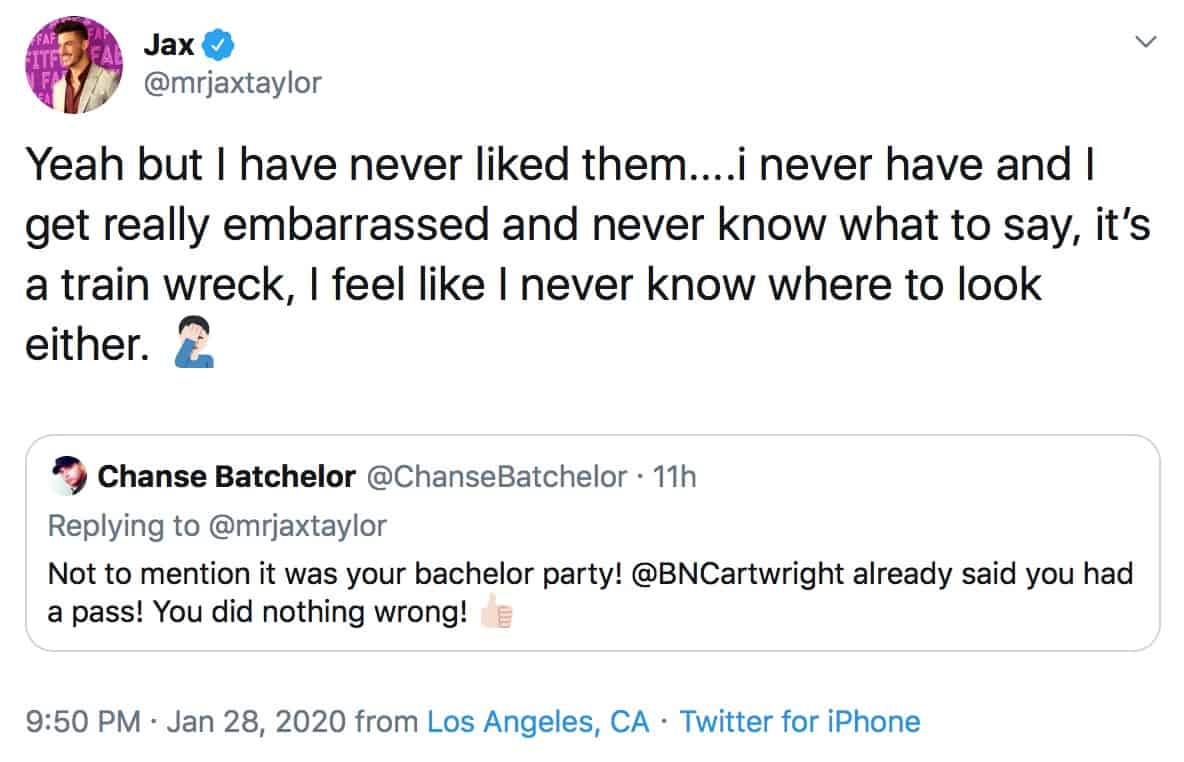 Then, after being confronted about a comment he made about leaving Brittany for a stripper, Jax insisted he was joking before pointing out that Brittany had plenty of fun of her own during their joint trip to Miami.

“Clearly was a joke… relax. I hate strip clubs,” he insisted.

“Let’s keep in mind she she had lap dances as well, it’s a party… my god people relax, clearly everything’s okay,” he continued. 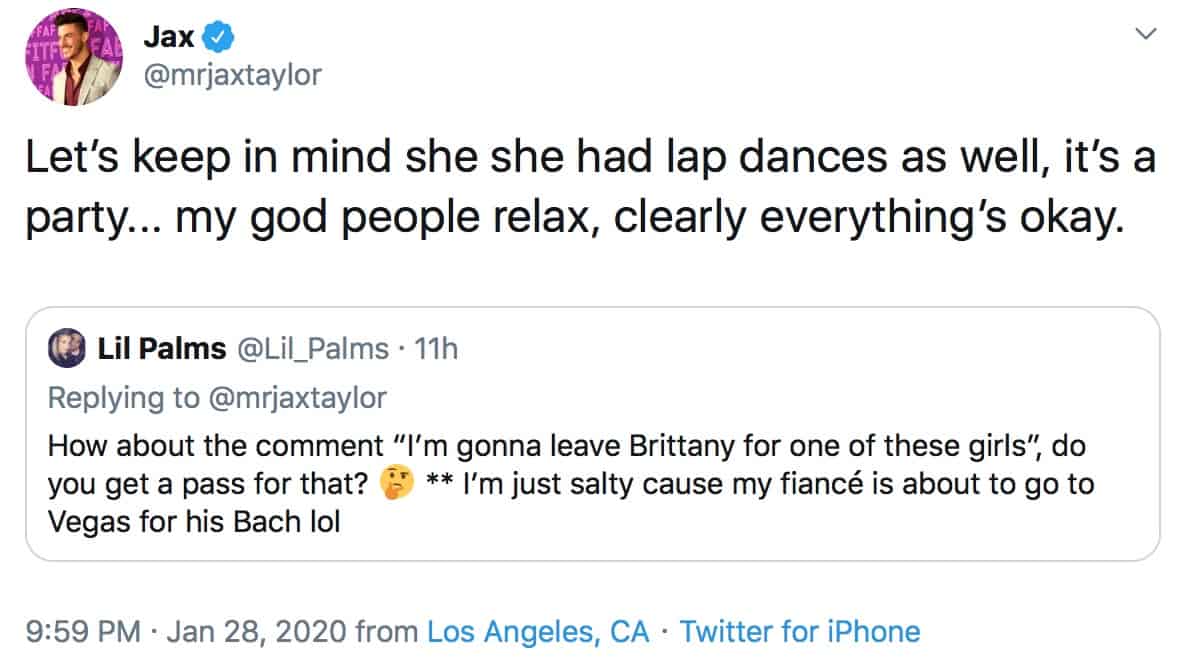